The new (dis)order in today’s markets

In a third of the world’s economies today, Germany included, banks charge you to keep money in savings “—you pay them, they don’t pay you. How many times in 5,000 years… this is really rare,” he said.

The pressure is on to put money to work in those economies, even to the point of devaluing the money.

“In agriculture, everybody is dropping their currencies so they have a competitive edge in producing more supply,” Basse said. “This is what’s giving us a supply bear market in the grains.”

Disincentives to save brought world economic debt to record levels, and the U.S. at $23 trillion holds the largest share of the $243 trillion total.

“It’s really why interest rates cannot rise,” said Basse. “So, we are kind of locked into this environment of debt and low growth.”

Enter the Chinese economy. Growth there and in India will see median annual incomes of at least $20,000 rising to 150 million people.

“That’s why this trade war, if you will, or trade debate is so centered on China—because they have the money to spend over the next six to eight years,” he said.

In the next four to seven years, China will become the leading economy in the world and at some point after that, India will become second largest.

The longer this trade war goes on, the more worldwide structural production habits change, Basse said: “Someone is going to produce what we don’t, and sell to China.”

In the midst of these trade negotiations, China is dealing with a major blow to its agricultural industry. African swine fever is reducing the world’s largest hog herd, which he said will decline from more than 600 million to 340 million head by year’s end.

“[China] is of course stepping up their beef imports,” he said. “They are so hungry that they’re now turning to Africa to see if they can bring in some beef to fill their needs.”

Basse said if we had a Chinese free trade agreement today, “We couldn’t keep beef and pork on the shelf.”

“There’s a solid demand for our beef, both in terms of the domestic market and the export market,” he said. “We think USDA is understating U.S. beef trade, so there’s a real argument of a demand bull market that’s developing as U.S. cattle prices tighten.”

“I think it’s a good investment,” Basse said. “Consumers will reward you with bigger demand going down the road.”

He doesn’t have the same optimism for grain farmers. With fewer porcine mouths to feed in China, there’s less need for soybeans and corn.

African swine fever in China amounts to a loss of 20 million metric tons per year, compared to the total world meat trade of 7 million metric tons. As bullish as that is for meat, it’s bearish for world soybean demand, and leads to an extra billion bushels a year likely remaining in the United States. 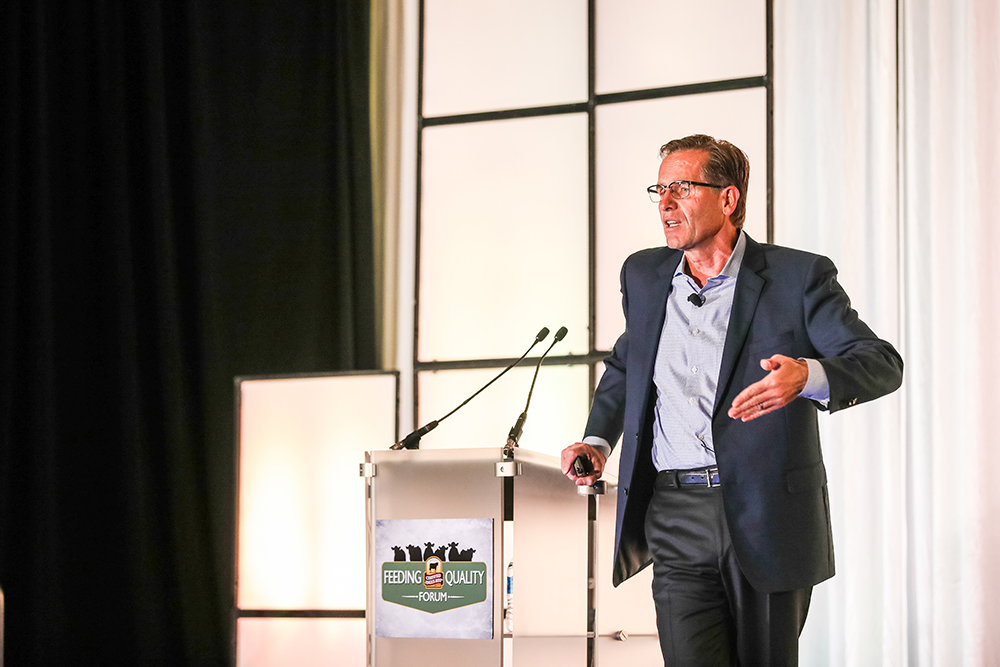 Basse’s not worried about having enough corn, for now. An adequate supply going into winter should mean a stable spread of $25 or $26 per hundredweight (cwt.) between feeder cattle and fed cattle, but that may widen to the $35 range in early 2020.

“I don’t have a long-term bullish outlook for the feed producer or the corn-soybean farmer,” he said. “But I would take coverage if you see a real dilemma in South American weather.”

Climate change and the warming northern oceans have led to more “angular” jet stream patterns so that weather can settle into one region, sticking around longer than usual.

If the Southern Hemisphere growing season is disrupted by “stuck” weather patterns, China would be forced to buy from the U.S., despite the tariffs, creating an inflammatory market, Basse said.

“So you want to be protected maybe at current prices,” he said, “but I really have difficulty getting corn too much above $4.20 a bushel relative to spot futures in Chicago.”

If weather holds steady, a year from now, corn could be trading at $3 or below, he said.

For cattle, Basse said the cash bottom could be in and fed supplies will tighten into March. The market will turn bullish, normal weather advancing prices to the $122 to $128/cwt. range for the 2020 first quarter.

“I want the cattlemen and the grain farmers to think of profit margins down the road,” Basse said. “Always be protective of them because our real goal in this game is to stay in business, expand when our neighbors aren’t and to look for opportunities.”

See what the other speakers had to say at the 2019 Feeding Quality Forum here. 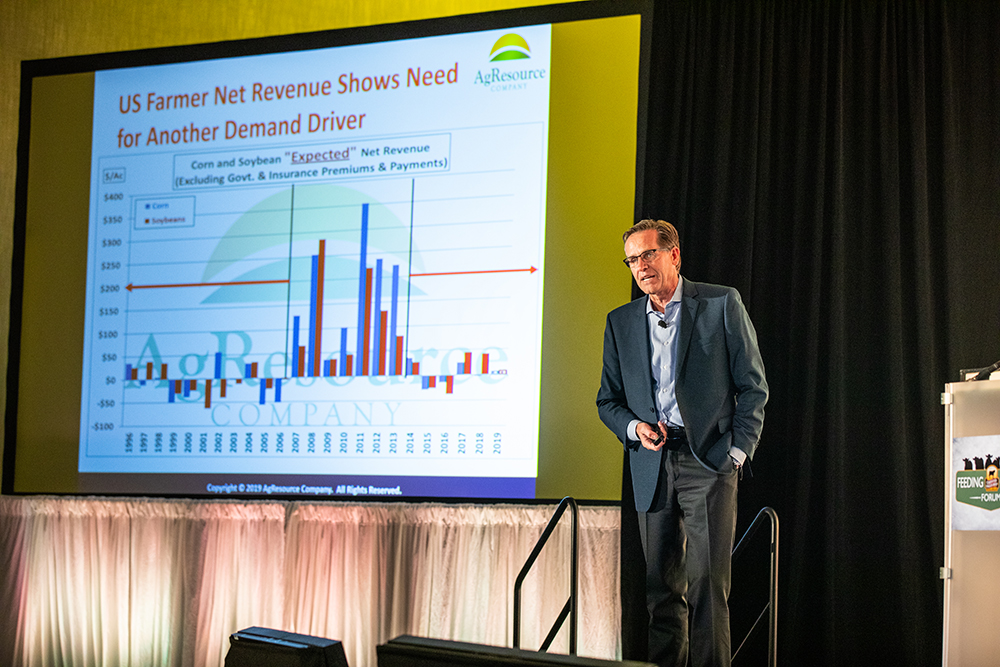 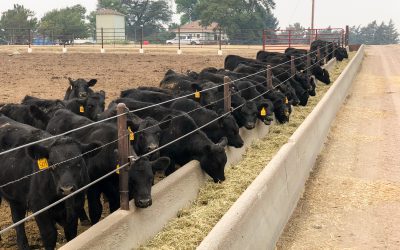 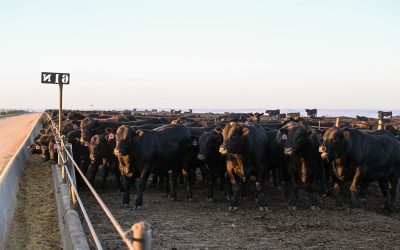 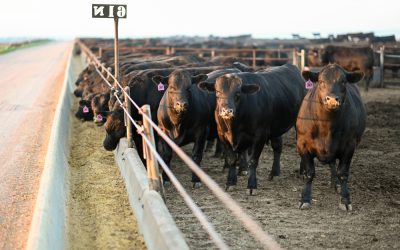