It’s almost too picturesque, I thought as I stood in Mark and Abbie Nelson’s circular roundabout and stared. The tree canopy I had just driven through lead me here – to a place where Angus cattle grazing golden pastures meet rolling vineyards of zinfandel and petite sirah, the San Francisco coastline a mere 100 miles in the distance.

This can’t be real, I teased about the rest: the state flag dancing in the breeze, the big red barn, the grinning young cowboy with his loyal dog, Ike. 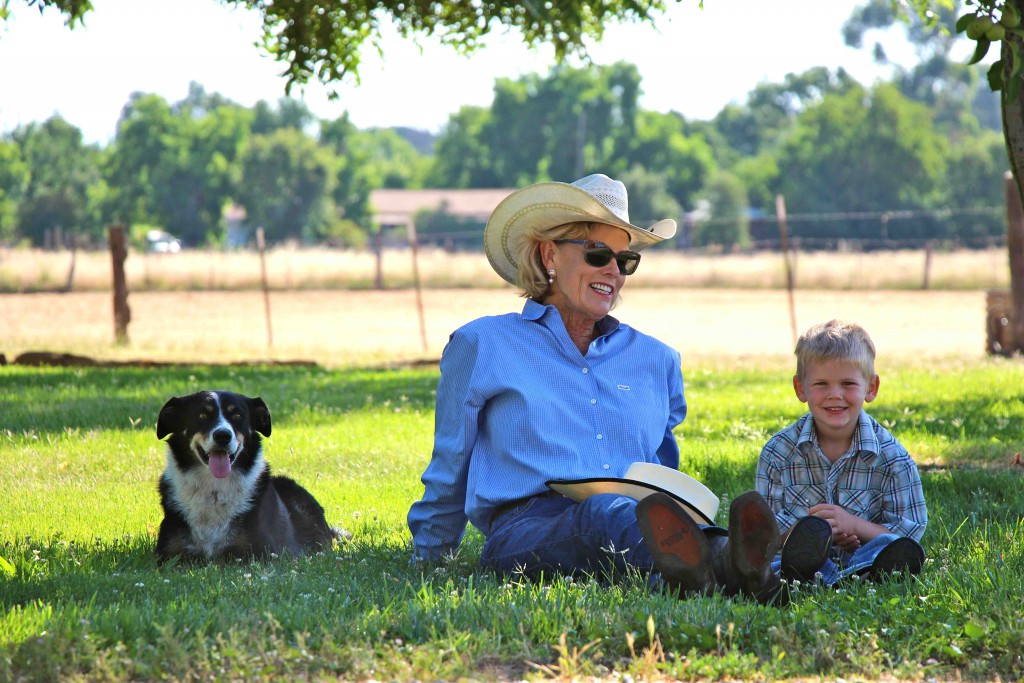 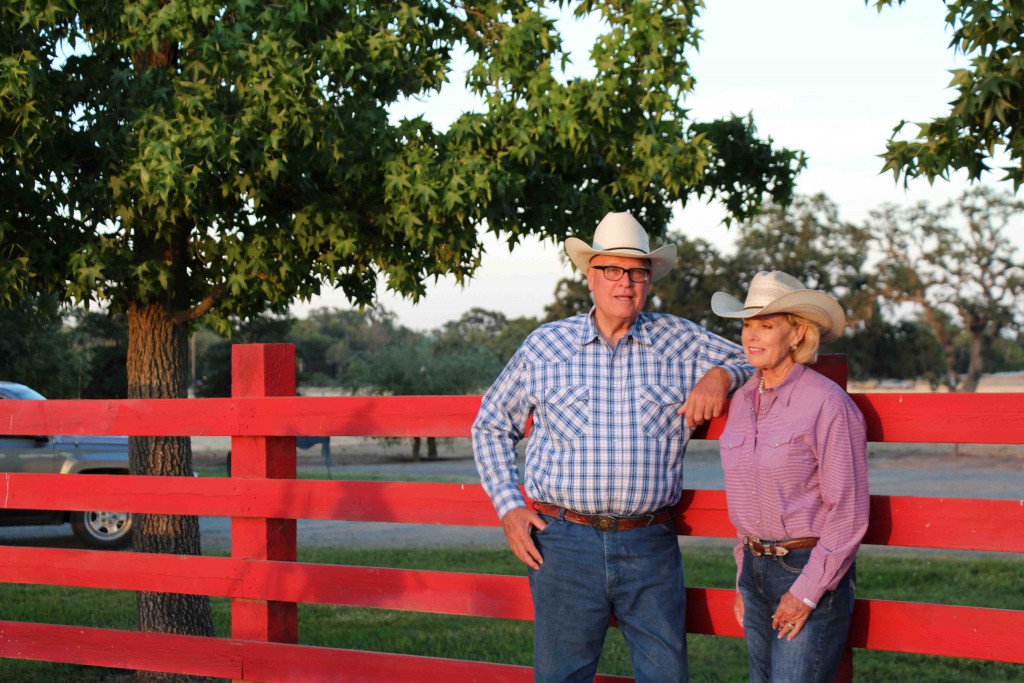 Mark and Abbie met at the California State Fair, both exhibitors in the open show.

The Nelsons, while both native Californians, hailed from different parts of the Golden State only to end up in Wilton with a combined four kids in tow. Since the 1984 move and beginning of Five Star Land and Livestock they’ve lived plenty of real days.

The home along the Cosumnes River is their beautiful oasis but separate from California it will never be. Issues of dust or truck length, water rights or taxes – it seems it would be a relief to move to a more secluded spot, build fences high and lock the gates. Instead, Mark and Abbie stay in the middle of it all.

One hundred registered cows roam the Nelson’s California land when they aren’t the center of attention for visiting groups.

“We have a big job to do and that’s to gain the trust of the end consumer, to make sure they know we have a safe product,” Abbie says.

So with that notion began their open-gate policy – rather gates were never built – and the result is an ever-increasing number of guests who visit, ask questions and leave with an understanding of the beef industry and a family tied to it.

“As a kid, it was pretty cool not always meeting somebody in a cowboy hat,” Ryan Nelson says. The duo’s fifth and youngest son runs commercial Angus with his family nearby while oldest sister, Andra, does the same across the border in Oregon. “You often get to see somebody in tennis shoes trying to learn about beef.” 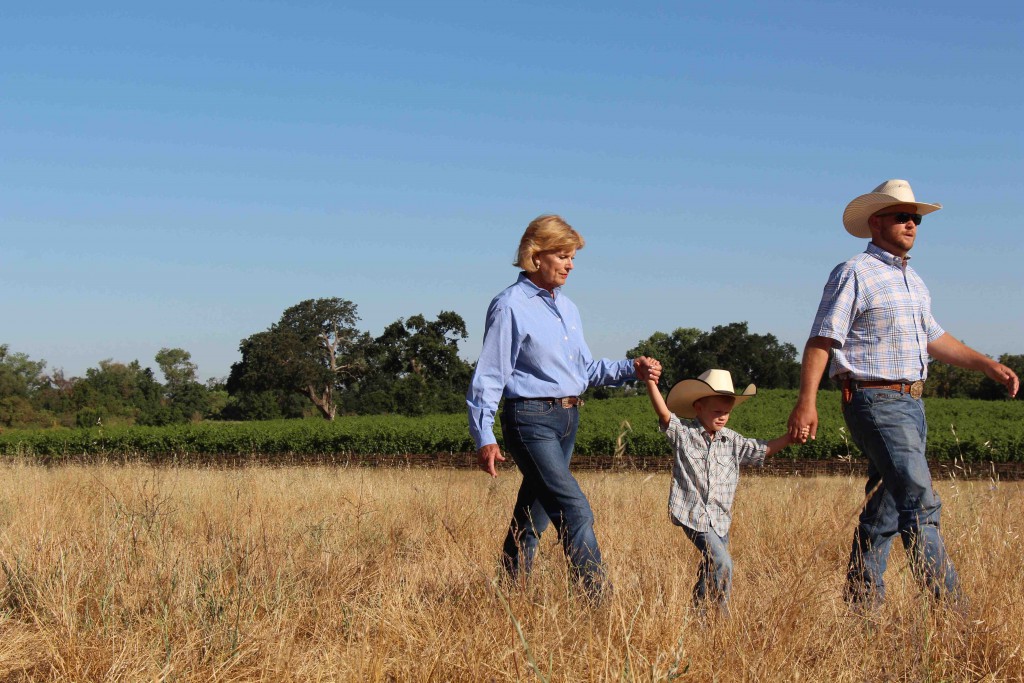 Jhett tags along with his dad, Ryan, whenever he can. He enjoys checking the cows as much as his dad and grandma.

“We’ve had Polish, Chinese, Japanese. We’ll have a Vietnamese group this month,” Abbie rattles off. To her it’s a no-brainer, an absolute necessity for the industry she loves. But for those who know this life, consumer transparency comes at a cost, at a minimum time from other responsibilities, and one the Nelsons are willing to bare.

“Our family’s story and the Angus industry’s story are worth sharing with city people,” Abbie says. “Once we get them here their comments become ‘I didn’t understand this, I didn’t know that!’ They can do a complete 180 in an afternoon.”

And we’re all better for it.

PS – When the Nelson’s aren’t hosting eighth graders or international groups, they run a registered Angus herd. Check back on Monday to see how they select genetics for their customer base and what they look for in an Angus cow.