“Of course those are few and far between, because if you specialize that far, you’ve about specialized yourself out of a job,” he laughed. 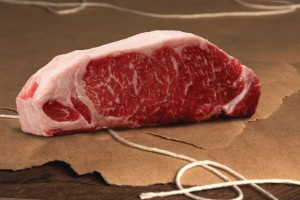 Doesn’t this beautiful Prime strip steak inspire you to raise more that look just like it?

Some might wonder the same thing about Certified Angus Beef ® Prime demand.

Only 22% of all Angus cattle meet our brand specifications—it’s pretty elite as it is. And then there’s the Prime grade….with 3% to 4% of USDA-graded beef from steers and heifers reaching that super high-quality level, it’s the definition of exclusivity.

Certainly foodservice distributors and retailers wouldn’t see any value in doubling up those two highly specialized marks and pay even more for CAB Prime, right? Wrong.

In that elite group of Prime-grading cattle, there is still variety. Around 31% are dairy-influenced, which generally means odd-shaped ribeyes that are hard to cut correctly for portion control. (See Mythbuster Monday: A new tradition for more on that.)

We only accept A-maturity or younger cattle, which improves color, tenderness and texture. Cattle also must meet CAB’s ribeye specification: 10 to 16-square inches. (Extremes can range from 7 to 20-square inches!) Then there are the specs for marbling distribution, eliminating dark cutters, etc. 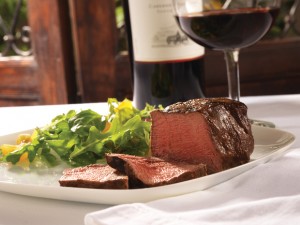 Just one more Prime image to make your mouth water.

So, CAB Prime is more consistent, and that’s a kind of insurance that more and more consumers are looking for.

If you’re aiming to produce CAB Prime, have you specialized yourself out of a market?

A little over a year ago, freelancer Jill Dunkel wrote an article called, “The Prime Directive,” which highlighted the perspective of a producer, feeder and a packer. They all said: the more Prime, the better.

“As we’ve stacked three generations of high quality in our pedigrees, some of those cattle are running in the mid- to upper-40% Prime,” he explains. Those that don’t reach Prime still make upward of 80% CAB.

That progress has not come at the expense of their ability to perform in the feedyard or grow in the pasture.

“I don’t do one-trait selection. We have to have cattle that will work in a pasture situation,” Kasten says, “but why not try to get it all if you can? We have the ability to make cattle that are very, very functional on grass, do very good in the feedyard and have Prime carcasses.”