The most important meal

The most important meal of each calf’s life is its first.

Colostrum serves as a loan of immunity from its mother until the calf has time to build its own, Brian Vander Ley said. Calves are born having “almost no antibodies,” but the ability to make them.

“Some of the immunity is short lived—which makes it critically important,” said the University of Nebraska veterinary epidemiologist. “Because if it doesn’t receive that passive transfer, it is without protection for about two weeks.”

Two weeks of at risk of damage that can never be made up.

Vander Ley shared his take at the 2019 Range Beef Cow Symposium last month in Mitchell, Neb., based on his ongoing work at the Great Plains Veterinary Educational Center in Clay Center, Neb.

Ensuring your cows are prepared to produce adequate colostrum is just as important as their calves receiving it. Body condition scores are the top indicators.

“Cows that are in good condition, at least a five, give birth more quickly,” Vander Ley said. “They make better colostrum and their calves get up and nurse faster because they’re stronger and tend to have better immune function.”

Those aren’t the ones to worry about. It’s the calves you help bring into the world. 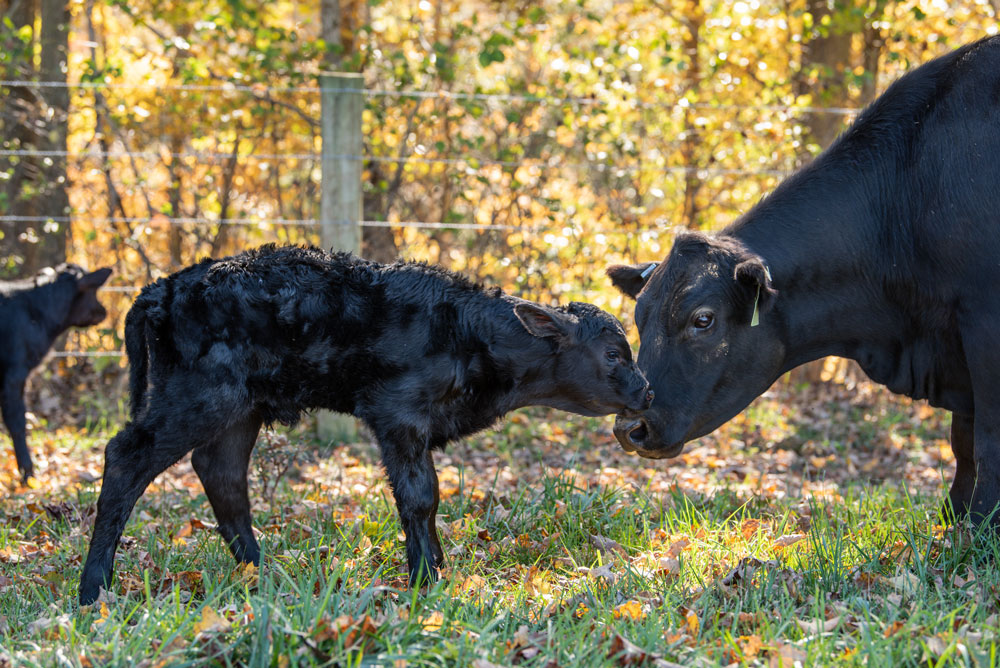 If a cow or heifer is experiencing dystocia, the chances of the newborn calf getting up and nursing decreases significantly.

“The longer a calf spends in anaerobic metabolism without oxygen, the lower its blood pH goes. So it goes into acidosis,” Vander Ley said. “Acidosis in calves has the direct effect of depressing their brain function.”

If you’re going to assist with a delivery, “then you better go through the trouble” of making sure the calf gets colostrum.

“If that calf isn’t standing in a half hour and nursing then you better get its mother in the chute and milk her out,” he said, adding it’s a missed opportunity to not guarantee the calf received colostrum.

While there is still absorptive capacity up to 24 hours, the most optimal timeframe is four hours. After that, their ability to absorb quickly declines.

And nursing is better than tubing. Calves have a reflex pathway called the esophageal groove. Whenever a calf nurses, it’s the reflex response in their forestomach that creates “a straight shot from the esophagus to the small intestine.”

“If we tube, that doesn’t happen,” he said. “When we tube, we think it pools in their rumen or in that forestomach, somewhere. Then they don’t access all of it.”

Even nursing a bottle is preferred to tubing if possible, though he acknowledged not all calves are up for it. In that case, it’s better to get colostrum in the calf.

“One of my favorite sayings is ‘don’t let perfect be the enemy of good,’” Vander Ley said. “This is a great example where to apply that.”

But if you are going to tube, there are two things to avoid. One is tubing a calf on its side, where a bad event is much more likely. Sit the calf up so its “sternal” side or chest is touching the ground.

Sometimes you may suspect a calf didn’t nurse enough or soon enough and the window for absorption is closing. In that case it’s better to give it the whole dose of colostrum rather than just a “boost.”

“Because of gut closure, if we create any kind of satiety in calves, they don’t feel like they have to get up and nurse,” Vander Ley said. “And we’re going to miss that opportunity pretty quickly; it makes me feel a lot better to get that calf a full dose immediately,” he said, noting the satisfaction of doing everything possible.

If that means tubing a calf, do it preferably with its mother’s colostrum because “she makes as close to perfect antibodies that her calf needs.”

But if you can’t get the milk from the cow, replacer products are better than supplements, Vander Ley said. Replacer is made from dried colostrum from dairy cows, while supplements are often “spray-dried bovine plasma from slaughter plants.” Both have useable antibodies, but replacers contain more and from analogous origins.

Read the label of replacer products to make sure you give the calf an adequate amount, he directed. Most products recommend 100 to 120 grams of antibody for adequate passive transfer, but that can take two packages of a colostrum replacer.

Vander Ley’s conclusion: The issues are complicated, but management is simple. Feed your spring calving herd well through the winter. Make a plan for when calving starts, so you know what you’re going to do. Have products and tools available.

Four hours comes and goes quickly for each calf, but those are the windows that get your calves off to the right start.

One thing leads to another

Causes for a shift in nourishment available to the calf begin with dietary balance and intake for the cow.

The inside story on colostrum

Colostrum could do a lot more than just provide an energy-dense meal and protective antibodies to newborn animals.