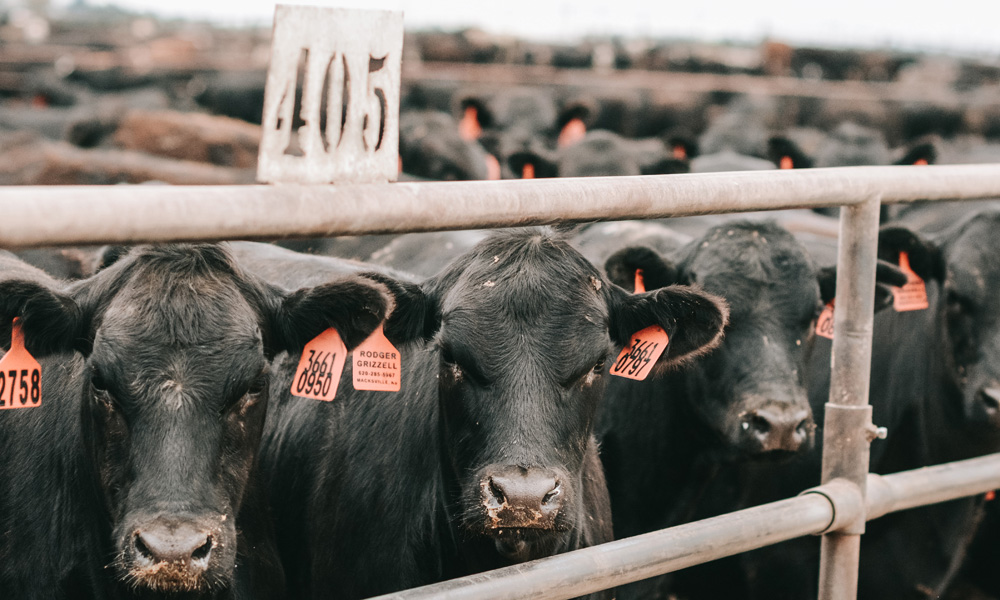 The fed cattle market is holding strong in late July within a narrow trading range. Last week’s pricing activity continued to show effects of excess supply in the South with $111/cwt. for the region, while live bids in the North were at $114-$118/cwt. and carcass bids at $185/cwt. Similar to last year, the month of July will be marked as a slightly increasing fed cattle market from start to finish.

The regional imbalance of finished cattle draws attention to the recently widening variance in carcass quality grades we’re seeing from north to south. While Texas feedyards are holding the robust inventory, those cattle are grading just 61% Choice in the latest report, versus 65% Choice a year ago. Choice and Prime grades in Kansas and Nebraska are also under a year ago, but to a much lesser degree than Texas plants.

The semi-annual cattle inventory report printed July 19th pointed towards the end of U.S. cow herd expansion with both the total cattle inventory and beef cow inventory numbers coming in even with a year ago.  Market indications at this time don’t show an immediate retreat to herd downsizing but rather a stabilization at the current head counts for at least a short period of time. The caveat, of course, is that global markets and environmental impacts could throw a curve into expectations.

From a cutout perspective last week we saw further downward drift in the valuable middle meats as ribeyes look for their seasonal low which should certainly be eminent as the turn of the calendar to August normally signals an end to the downward trajectory.

As with the ribeye, 0x1 strip steaks are cheaper again this week and should only see slow downward pressure in the next few weeks with really no imminent threat of inflation. Peeled tenderloins will likely see a bottom in the near term, similar to ribeyes, before capturing some buying demand and price inflation ahead. Short loins, top butts and loin flap meat saw some price advances.

Items from the round were slightly higher last week with the exception of peeled knuckles. The chuck saw mixed price action with chuck rolls discounted as well as chuck tenders. It was essentially a sideways week for the chuck complex. CAB ground chuck is 42¢ per lb. higher than a year ago while ground sirloin and round are slightly under a year ago. Grind interest should pick up with some buying ahead of Labor Day.

ATTITUDE IN THE FEEDLOT AND ON THE RAIL

It’s readily accepted that calm cattle are safer and easier to manage than excitable cattle regardless which sector we work in. A recent study from Texas A&M University (Olson, et. al) frames the docility issue in more economically relevant terms for the feeder and packer when it comes to performance and carcass traits.

Chute exit scores were used to classify heifers into “calm” and “excitable” temperament groups both at feedlot arrival and at days 0 and 70 of each trial conducted in three consecutive years with 411 total heifers. GrowSafe® feeding systems and RFID tags were used to capture individual feed intake data while live weights, carcass weights and important carcass traits were measured, including Warner-Bratzler shear force measures.

Breeds represented were Angus, Braford, Brangus and Simbrah. While breed type interactions were noted to play a role in the trial results, it’s possibly more informative to the industry to highlight the role that temperament alone played in the outcomes.

Unsurprisingly, the feedlot performance of the calmer heifers outpaced that of excitable heifers. The calm group had advantages of 12% greater average daily gain, 8% greater dry matter intake and a 4% better gain to feed ratio. Behavior contributing to differences in performance came through in the form of excitable heifers eating 18% shorter meals and 15% smaller meals than calm heifers. 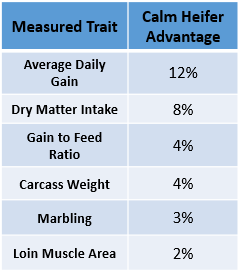 Feedlot performance advantages observed in the calm heifers may be self-evident to producers but the carcass quality benefits are not likely as apparent. In this study the calm tempered heifers posted several economically important advantages. Excitable heifers had 4% lighter carcasses, 6% less backfat depth and tended to have 2% smaller loin muscle areas than calm heifers. It’s important to note that researchers saw no breed x temperament interactions in those findings, leaving differences to temperament alone.

Marbling scores between the two temperament groups were not reported to be significantly different in the analysis. However, the paper went on to say that the calm heifers achieved 63.5% Choice and higher quality grades while the excitable group only graded 55.5% Choice and higher. Cattle feeders may find those results compelling enough to lend credence to significance in that grading outcome difference.

Most relevant to feeders seeking carcass premiums is the fact that final carcass values were affected by the initial chute velocity scores. The first grid used a 3-year average of USDA grid pricing for Quality Grade, Yield Grade and HCW.  This pricing scheme showed a 4% higher return to the calm heifers.

A second grid was used to compare the groups with the addition of premiums and discounts for tenderness based on consumer willingness to pay different prices for guaranteed tender versus tough steaks. This computation revealed a 5% increased revenue for carcasses from the calm temperament group resulting from an 8% improvement in Warner-Bratzler shear force values.

While both calm and excitable cattle must find their way into the feedlot and packing plant, the research results strongly suggest more merit in calm cattle at every step of the chain. Selection and management practices promoting quiet dispositions will add value to the calf crop and return the most premium to cow/calf operators retaining ownership and selecting for a number of important traits including docility.

In late June we touched on the market impact of the seasonal decline in Prime carcass production. At that time, end users were passing feedback up the supply chain about getting shorted on orders for Prime product and the corresponding price increase followed supply. The month of March saw the Prime grade average 10% of the fed cattle harvest but has averaged just 7% since June 1st. That’s still a record high but the Prime price continued to march $5.54/cwt. higher in the past month while the comprehensive cutout moved $3.91/cwt. lower.

All eyes are on the Choice/Select spread recently as it has moved well outside of the seasonal July trend. The recent CattleFax Update aptly points out that while the Choice grade percentage dipped below a year ago beginning in mid-May, the larger weekly fed cattle harvest has minimized the resulting supply decline. 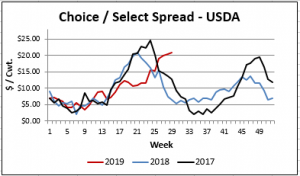 The difference in today’s unseasonal Choice and Select cutout values lies primarily in a lack of demand for Select product rather than a lack of supply of Choice product.

From the production perspective this scenario has opened up an unexpected season of opportunity for the tail end of those spring born calf-feds now being cleaned up on feedlot show lists. Market-based grids have recently paid as much as $20/cwt. premium for Prime carcasses. This, coupled with the recent 4-week Choice/Select spread averaging just over $20/cwt. adds up to some of the largest potential grid premiums of the year for cattle bred and fed to achieve them.

Efficiency and carcass quality in cattle 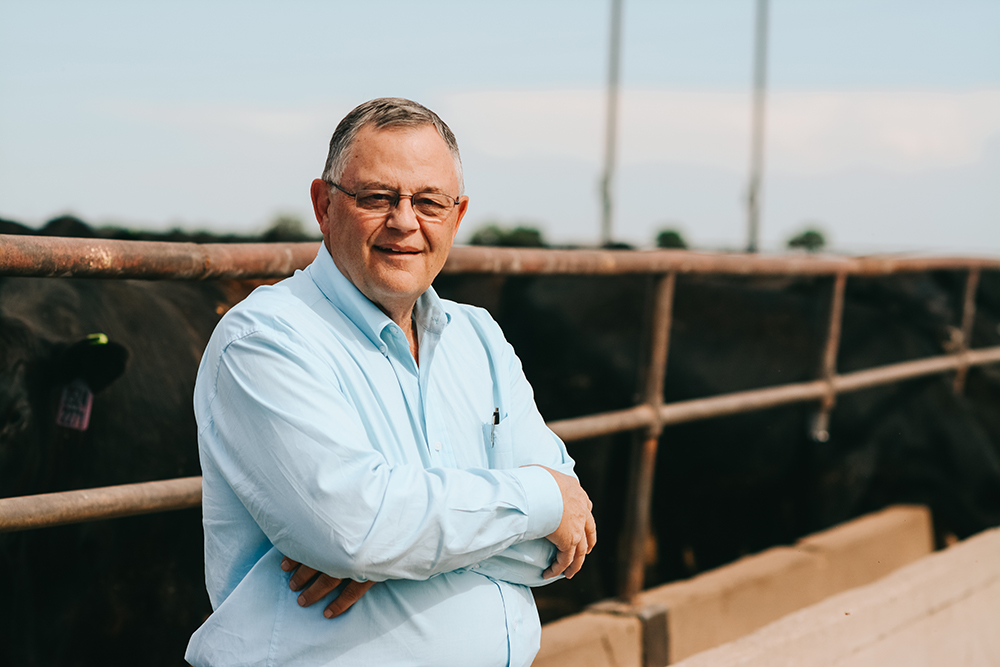 NOT ONE FOR SMALL TALK 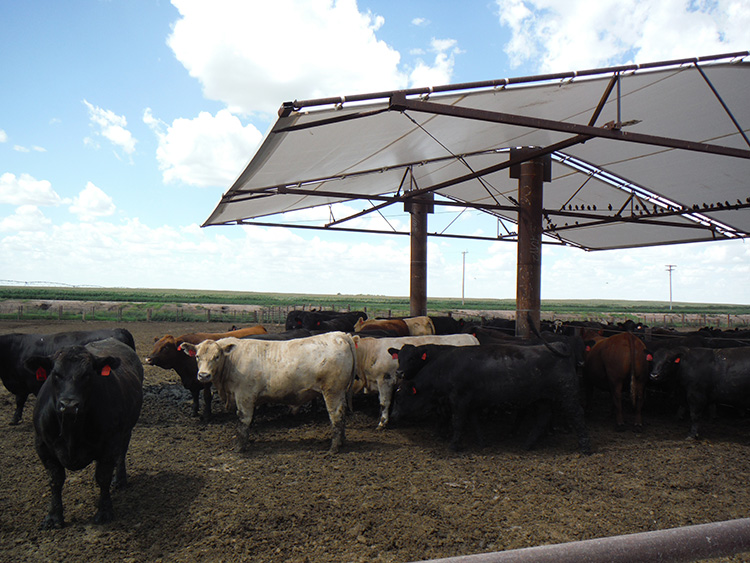 PLAN, MONITOR AND COOL IT