In the past few weeks the fed cattle market has brought to fruition the results many suppliers have been bracing for. The slippery descending slope from record cutout values has developed into a further weakening of fed cattle prices.

Packer profits have also adjusted much lower from record levels seen just weeks ago, but are estimated in a very positive range above $200/head. Feedyard leverage is a non-factor and feeders continue to push an overfinished cattle inventory into the processing funnel as much as they’re able to at lower prices.

The dynamics described previously have followed a predictable pattern laid at our feet by the packing sector’s shutdowns in May. 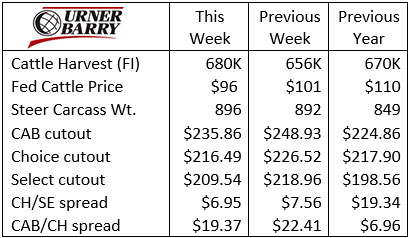 Less predictably, and much more exciting, is the fact that packers posted the giant 680,000 head harvest total last week. This was achieved with weekday totals around the 95,000 head range and a Saturday total near 82,000 head, 85% of which were fed cattle.

This week’s Independence Day holiday will have packing firms reducing or eliminating processing late this week, presumably to a varying degree depending on the company. This being the case, we assume packers are preparing for the holiday production void with a push to build supplies ahead of time.

One fact that we don’t want to overlook is the simple fact that packers have proven capable of not only large weekly production (bolstered by extra Saturday hours) but of daily head counts on par or larger than a year ago. This is precisely the cure the trade needs.

Carcass cutout values have been locked in a downward pattern as the boxed beef trade searches for more practical price points on several items. The end meats have undergone all of their necessary adjustments already with most of those subprimals priced just above a year ago. Some items, such as CAB briskets at $2.50/lb., wholesale, are currently discounted below a year ago.

Ribeyes and strip loin prices continue to drift lower as they’ve remained at unrealistic levels for a longer duration. This is partially a seasonal effect with late spring grilling demand and the return of foodservice buying keeping those prices elevated. They’ll continue lower with larger production volumes and the dog days of July upon us now.

Consumers have yet to see lower beef prices as distributors recently continued to pass the cost of their recent inventory, bought weeks ago at higher prices, down the line to retail.

USDA will release the biannual cattle inventory report in three weeks but let’s take a cursory look at the 2020 factors influencing the size of the beef cow herd.

Feeder cattle prices since mid-March have fallen well below a year ago and futures-implied prices for the second half of the year don’t indicate a major breakthrough. Thus, little incentive will exist for producers to allocate more resources toward growing the cow herd.

Weather patterns are important as well, as they determine availability and price of feed. The June 25th drought index shows a concerning and increasingly large portion of the western U.S. being affected by abnormally dry to extreme drought. Six of the top 10 beef cow producing states in the country are implicated in this dry pattern. We’ll likely see the result in fewer replacement females kept later in the year and deeper/earlier culling of cows already underway.

With projections aside, let’s take a look at some concrete evidence. U.S. beef cow numbers started the year at 31.3 million head, about 1% lower than January 2019. Through mid-June the beef cull cow harvest has averaged about 60,000 head weekly, 2.3% larger than a year ago, despite the severe April and May decline during the worst of the pandemic, when packers were unable to operate at full capacity. 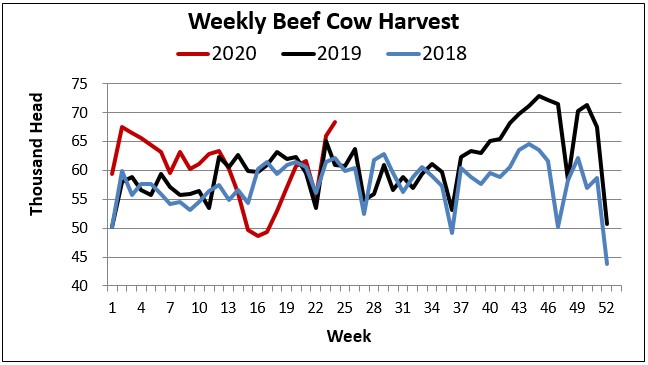 Heifers in the fed cattle supply chain have continued to represent an annually larger proportion of the steer/heifer mix since 2016. The year to date information shows heifers have comprised 37.6% of the total this year versus 31.8% in 2016. An old rule of thumb suggests that when heifers represent 36% and above in the fed cattle mix, the industry is in a liquidation phase.

As the dairy industry has embraced sexed-semen technology we’re aware that there are fewer dairy-sourced steers in the mix, as dairies opt to breed for more females. Consequently, we need to recognize that the benchmark proportion of heifers in the fed cattle harvest should be slightly higher in most recent years. 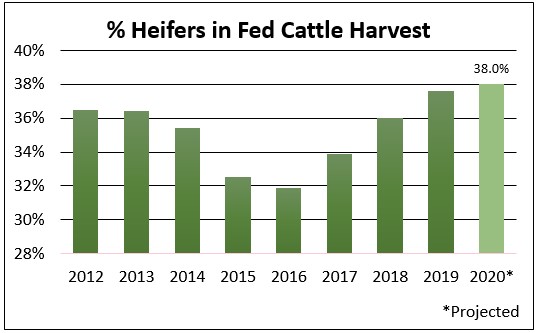 By year’s end the heifer share may average 38% of the total fed cattle supply. The January inventory report pegged replacements lower by 2% than a year ago and the trend looks likely to be lower again.

A rebalancing of large cattle supplies to match cumulative packing plant capacity would be beneficial to the production sector. The turnaround in the cattle cycle and the abnormalities of 2020 will further incentivize producers to shrink the nation’s herd.

As we turn the calendar to July the summer video cattle auctions will begin in earnest. Video auctions in the month of June normally feature fewer consignments but they have historically produced some of the highest prices compared to subsequent months in past years.

Demand for yearlings and calves looks excellent at this time and both brick and mortar auction markets and video sale results thus far show that buyers are bidding at and above a breakeven.

Input costs will vary, but a person may use an $0.80/lb. cost of gain figure in a breakeven projection today. Recent sales have shown 600 lb. steers are valued near $150/cwt. or $900/head. Adding 800 lb. of gain at $0.80/lb. generates another $640/head cost in the feedyard for a total of $1,540/head. The April 2021 live cattle contract traded at $109/cwt. this week, suggesting a $1,526/head sales value of the finished steer delivered in early October. The projected total input cost is $14/head higher than the April futures implies the breakeven. With that said, buyers appear to be bidding with limited risk tolerance at this level.

We also know that there is more inherent value in the higher quality cattle with a herd health program matching up with intentional genetic selection. The commodity breakeven calculations above don’t account for superior feedlot performance or carcass quality. Average CAB carcass premiums have historically added around $40/head with the top of the range reaching $100/head in the most positive extreme.

Readers may be well informed that marbling achievement across the industry is such that the Choice and Prime carcass percentages are record high today. Yet next spring when supplies should be more normalized we expect to see the quality spreads widen seasonally. Several factors in the beef complex are likely to be much different as we project out that far. If we bet against quality as a price determinant then we’ll remove the potential opportunity from the table at the outset. We wish the best of fortunes to both buyers and sellers this season. 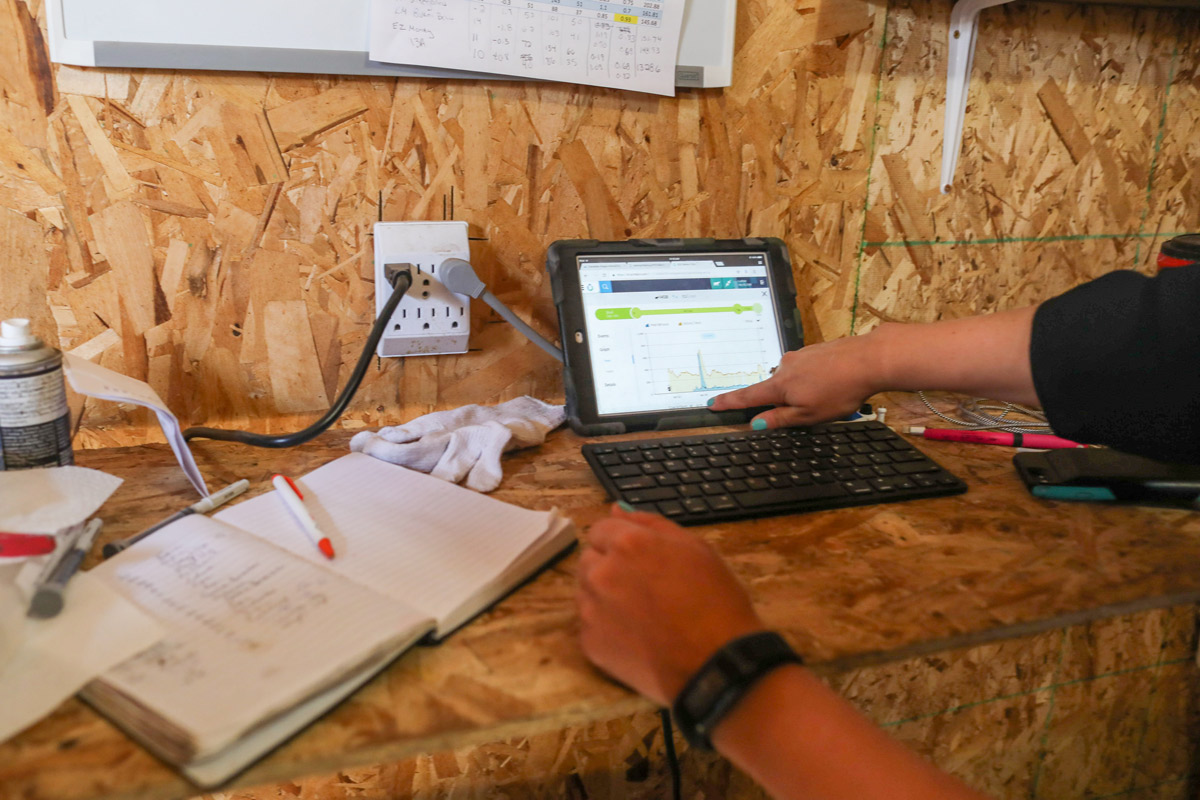 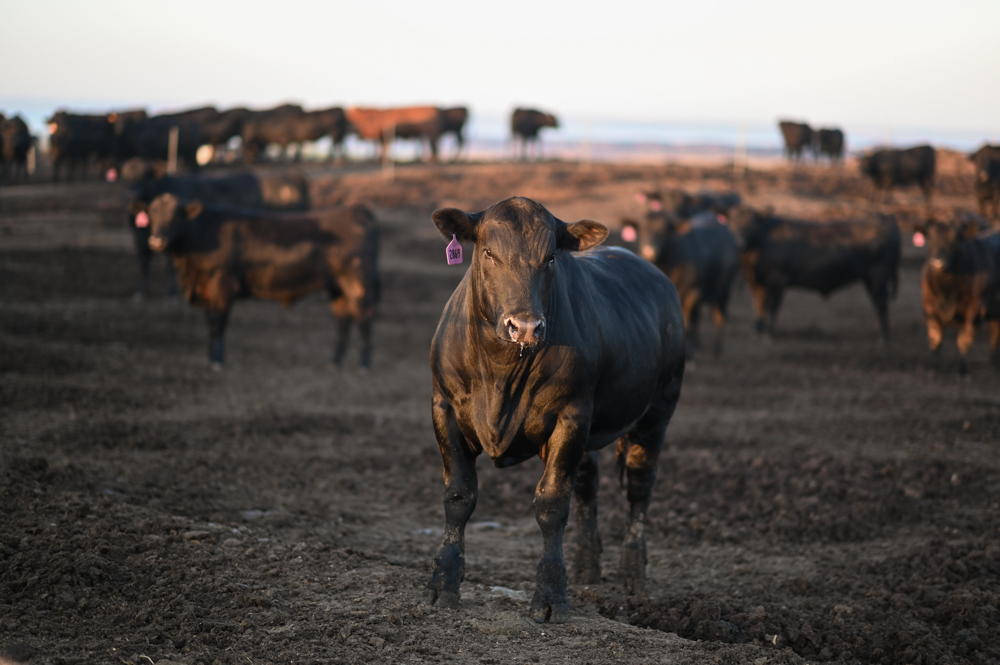 <
< 2020 >
July 26 - August 01
>
Week
Month
List
Week
Day
We use cookies to ensure that we give you the best experience on our website. By continuing to use this site, we will assume that you are in agreement.OK