Opening eyes to the brand

This article was originally published in the CAB Link of the Angus Beef Bulletin in January of 2016.

Asking for a beverage at a restaurant, you might be shocked if the server replied, “What kind? Flavor A, Flavor B or Flavor C?”

That’s because you always know a little more about those options, either a brand name or perhaps descriptors like “decaffeinated” or “sweetened.” You don’t just blindly choose a drink.

In recent decades, meat purchases at both retail and foodservice have moved more and more that way, too.

“Most consumers, when they’re eating a steak at a restaurant or certainly purchasing one at retail, they know a lot of information about that steak,” says Travis O’Quinn, Kansas State University meat scientist. “That influences their perceptions of it, before they take their first bite.”

So when O’Quinn set out to do a traditional taste-testing study to validate the criteria we use to value beef carcasses, he added a twist.

First he tested Certified Angus Beef ® (CAB®) brand and Prime against Choice, Select and a generic Select Angus product with a blind consumer panel—blind in that they couldn’t see any brand or grade. The “overall liking” rose linearly as quality increased, with Select at 55.8 on a 100-point scale, compared to 64 for CAB and 69.2 for Prime. Individual marks on tenderness, juiciness and flavor showed similar patterns.

But then, the researchers identified the product. Knowing it was CAB increased overall liking by 10%, and flavor assessments by 13% (see story on page XX).

“One of the big advantages of any branded beef program is a consistent set of specifications,” O’Quinn says. “That should make those products more repeatable from an eating satisfaction standpoint.  That’s why we see the growth in Certified Angus Beef over other branded beef programs, because consumers feel they can purchase those products and have a more repeatable eating experience every time.”

This new research supports 2013 work done by Firebox Research & Strategy that speaks to the value of the brand among consumers. When they see the CAB logo, 94% of consumers recognize it and 75% perceive it as the ultimate mark of quality among Angus beef brands.

But this data doesn’t just make us feel good. It makes our case.

Sometimes retailers or resturanteuers want our quality, so they serve CAB, but they don’t take full advantage of labeling it as such. It could be because they want to differentiate themselves among competitors who also carry the brand. Sometimes they worry about making the long-term commitment, fearing price or product availability problems. 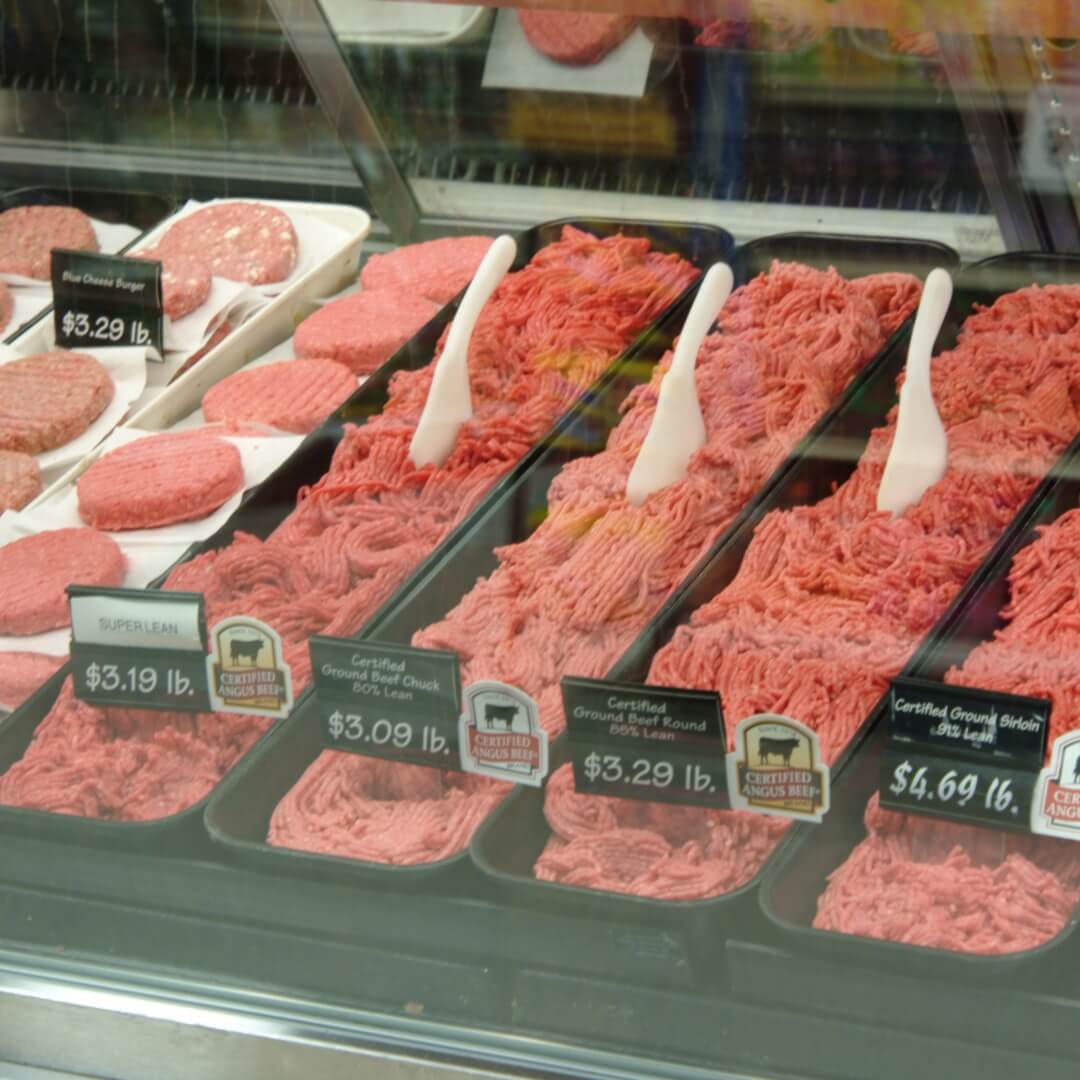 So we’ve gathered a suite of research, starting with in-store intercepts in 2007 and focus groups in 2010. In 2013 the Firebox study added depth, and now this Kansas State University work adds to the nice (science-backed) tale for our marketing department.

But it means an awful lot to cattlemen, too.

“It gives more evidence that there’s a lot of value in producing cattle that are going to fit certain branded-beef programs, specifically Certified Angus Beef,” O’Quinn says. “There’s real value associated with the palatability of those products, and then there’s the added value on top of that in terms of the consumer perception, the brand lift that those products actually get.”

If you’re not aiming for a specific target, you should take note of this recent finding: when USDA Choice and Select steaks were identified, they actually declined in consumer liking.

“One of the cautionary tales for this is that if you’re not producing cattle that fit a branded beef program, then you’re just going to run off the USDA quality-grading system. We see that consumers do not associate those—even a Choice product—as being a quality product,” O’Quinn says.

Asking “yes or no” questions related to acceptability, consumers were more forgiving with the branded product than the generic quality graded beef.

Study participants represented folks many of you would recognize, a broad range of ages and incomes. The criteria: they had to eat beef at least once per week. Being that Manhattan, Kan., is in “beef country,” as O’Quinn says, it wasn’t hard to find willing consumers there.

To make sure this work holds true nationwide, the meat scientist hopes future research can replicate studies in other markets.

CAB has a longer sales history and much more robust market penetration on the East Coast. Would consumers recognize and trust it to a greater degree? In other areas, perhaps organic or natural labels would detract from the CAB “brand lift.” In more metropolitan locations, more brands and a larger variety of retailers could make a difference, too.

“It would be hard to make any assumptions as to what’s going to happen,” O’Quinn says.

But when put to the test in at the Range Beef Cow Symposium in Loveland, Colo., last November, “live” results mimicked the original findings.

Attendees got to participant in an interactive, real-time demonstration.

More than 200 gathered for an evening meal where ticketholders were treated to 15 ounces (oz.) of beef, served in three 5-oz. portions. Dale Woerner, Colorado State University meat scientist, suggested taking mental or physical notes of the differences in eating experience among the 21-day aged, center-cut strip steaks, which were marked with red, blue or green steak picks.

Diners did not know one portion was Select and two were CAB. 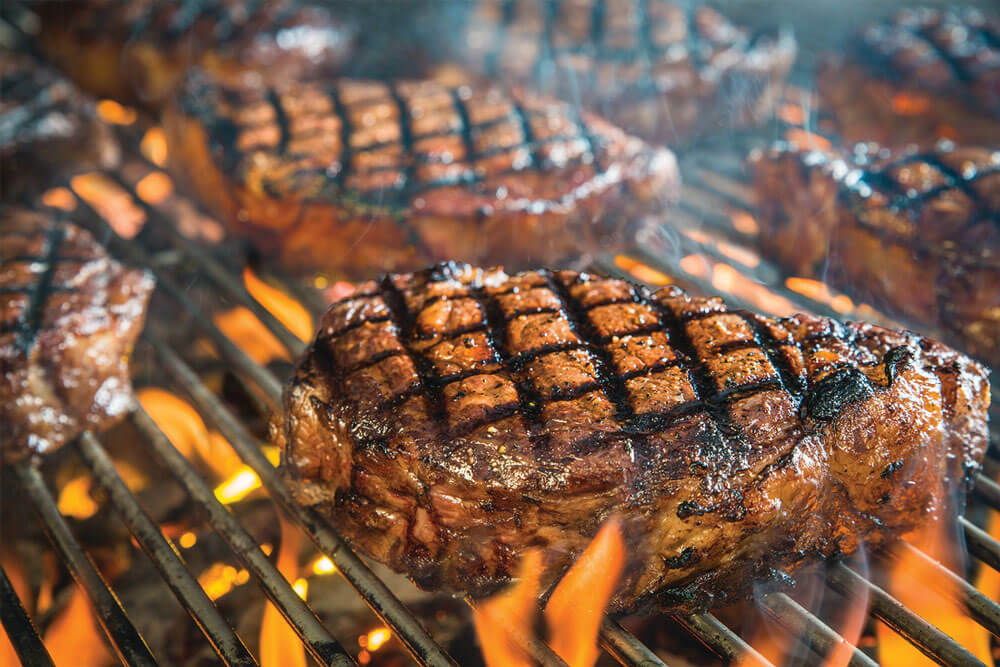 Then came the reveal, and after hearing which steaks were which, the audience was asked, “Which steak was the most desirable?”

Select moved down to 4%, while 56% picked the one simply labeled as “USDA Premium Choice”—the same percentage as at the beginning of the exercise. Another 41% picked the beef identified as the Certified Angus Beef brand—that was a 14-percentage-point increase.

Not only did CAB completely dominate the eating experience in all measures, but this shows that a group of commercial ranchers clearly recognized it as superior.

Did the brand make a difference in their decision? It did for 19%, they said.

Cattleman and women who are not aiming for the CAB target often dismiss our brand as “just marketing.” To them, it’s all fluff. Slick brochures, table tents and meat-case dividers.

But we know it’s based on 10 carcass specifications, rooted in good, sound science.

The O’Quinn study, like many before it, proves the science works.

Yet, all of us who work all across the company—developing point-of-sale materials, ensuring integrity through compliance, developing recipes—are just as excited to hear that the marketing works, that consumers respond.

This is powerful data as our sales team talks with current and future licensees. It gives those selling the CAB brand even more reason to shout it from the rooftops.

Come to think of it, this research gives those raising CAB-accepted cattle more reason to do the same.