There’s a saying, “If you think you’ve got good cattle, put your money where your mouth is and feed ’em. You’ll find out pretty quick how good they are.”

Jim Moore’s full of these. Life lessons, advice not taken, anecdotes of who said ‘what,’ when and why.

I ask him what it’s been like – to grow up here, come back and partner with his dad, to turn the herd Angus and do most of the work alone now.

If it’s possible, Jim Moore’s an optimist and a realist all in one.

“This lifestyle, it teaches you about staring adversity straight in the eye and not flinching,” he says.

Then he smiles. It’s a half smile, with a shoulder shrug on the side.

He’ll reflect a bit but the Arkansas rancher’s more interested in what’s ahead. He’s always been that way.

“I’m not one of those people who thinks status quo is OK,” he tells me. It’s another as if I couldn’t tell moment.

An educator and principal at a nearby school, Missy helps in the afternoon hours and in the decision making at home.

But it’s true. Jim and Missy, they take responsibility for all of it. The things they say, the children and cattle they’ve raised. They want their output to be good, helpful, of the highest value.

“As commercial producers, we feel like it’s our obligation to raise as high quality beef as we can possibly raise,” he says, “and we feel like that’s Certified Angus Beef.”

They aim for that through retained ownership at the feedyard, something Moore Cattle Co. has committed to for decades. But it wasn’t until they started selling cattle on a grid that, “we learned more about our cow herd in one year than we had in the previous 10.” 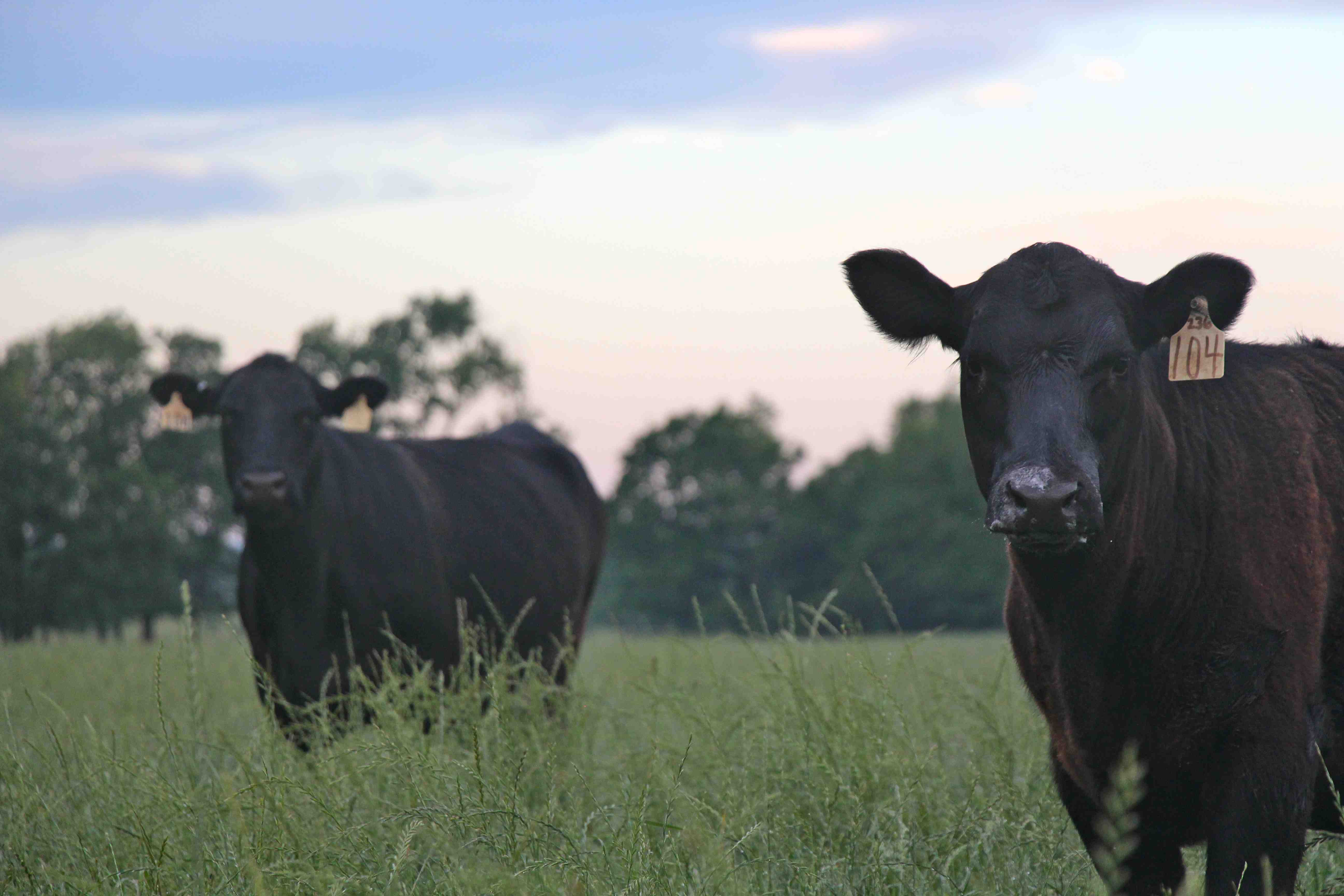 With all the technological opportunities available through the Angus breed nowadays, Missy says, “we actually have ways of validating the product we’re selling.”

“Jimmy brings to the forefront an example of a rancher who’s not willing to single-trait select,” our own Paul Dykstra says. “He doesn’t want to make a premium over here just so he can give it up somewhere else.”

“If you’re trying to hit 80% to 90% CAB and Prime, you’ve got to up the ante a little bit,” he’ll say. “If you don’t have the carcass side, what does the maternal side matter, and vice versa? It’s about balance. You’ve got to be willing to give and take.” 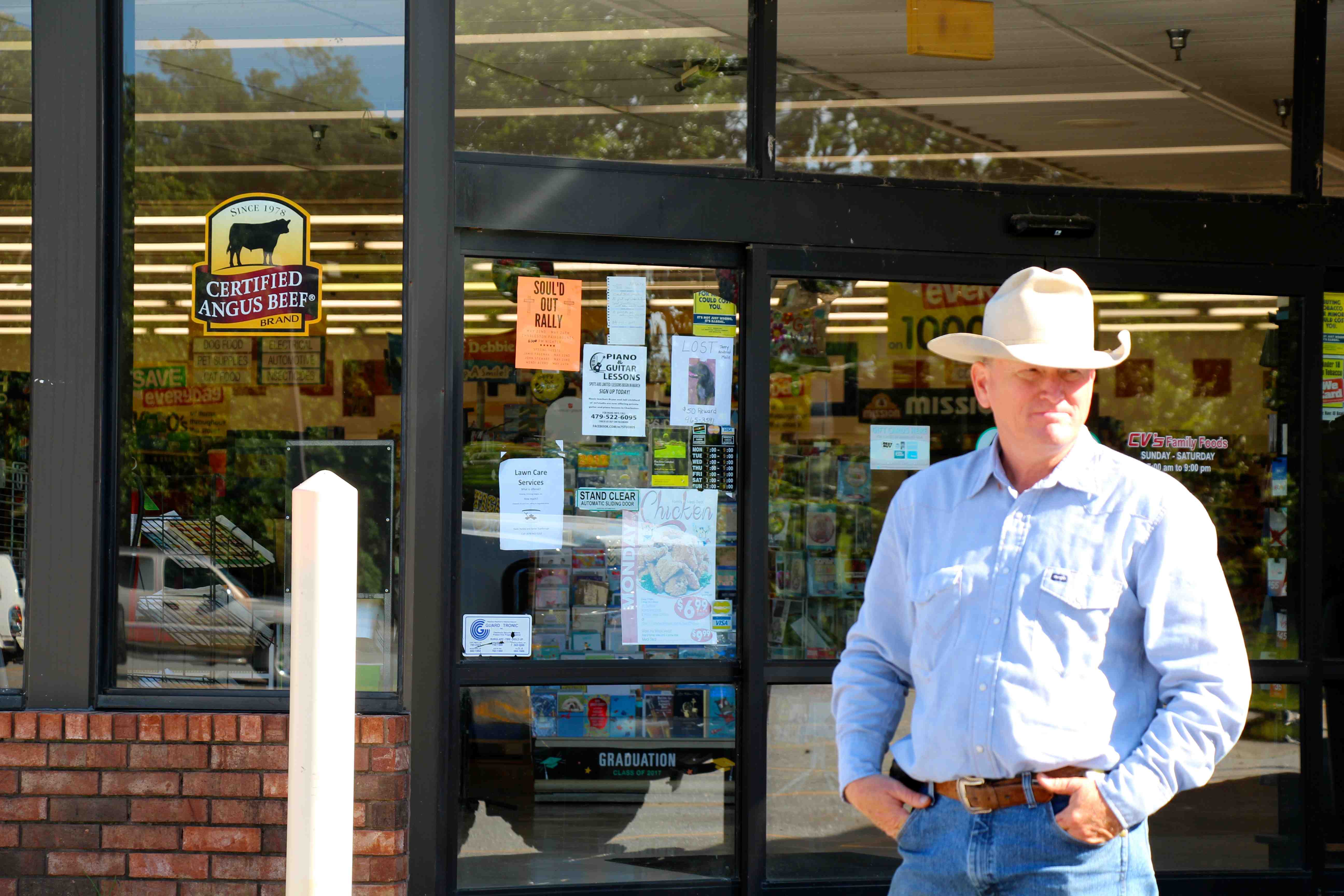 Charleston, Arkansas is a small town but the local grocer carries CAB and Jim is proud.

The cowman’s just not willing to give up very much for fear of shortchanging the consumer and the commitment he’s made.

It’s a process, he says, of taking data and applying it to the herd – keeping and breeding heifers out of dams with top GMX scores, dams that produced steers with strong feedlot data, breeding them to high-marbling bulls.

“We’ll keep pushing,” he assures me. Like I don’t already know it’s true.

PS – To learn what led Jim back to the ranch and drove his commitment to quality, check out yesterday’s post. To read more about the Moores’ Arkansas Angus cattle, grab a copy of the October issue of the Angus Journal.