No one is automatically insulated from the effects of a shrinking national cowherd, but Kuner Feedlot, one of 12 in the JBS Five Rivers Cattle Feeders group with 1.6 million annual marketings, goes for proactive rather than reactive ways.

The management team’s unique approach caught the attention of the Certified Angus Beef ® (CAB®) brand, which named the Colorado yard Progressive Feedlot of the Year at the CAB annual conference in Palm Desert, Calif., on Sept. 18-20

“We knew last fall that it could get tough to find cattle and we’d be forced to be creative,” says Nolan Stone, general manager at the 100,000-head capacity yard located near its namesake town along the South Platte River. They quickly gravitated toward developing replacement heifers.

“The idea was, ‘Let’s do something that will separate these heifers from what else is out there,’” he says.

They purchased 4,500 head of known Angus females and then used all available tools to make them a value-added group of replacements. Blood samples were collected during processing, to evaluate each heifer for gain and grade potential using CAB’s GeneMax™ (GMX) genomic test. The first decision on which to feed versus breed was based on those GMX scores.

“They wanted to base their selection on something that was more objective and had direct feedyard and carcass economic meaning attached to it,” says Kent Andersen of Zoetis, the genetics company that developed GeneMax in collaboration with CAB and Angus Genetics Inc. “They looked enough alike where it wouldn’t have been so easy to do that initial sort on phenotype.”

Using the 100-point combined measure for both gain and grade, the team at Kuner sorted off anything that didn’t make at least a 50. Then Colorado State University assigned docility score and evaluated the females for depth and width. Those that didn’t make the cut went into a natural feeding program. 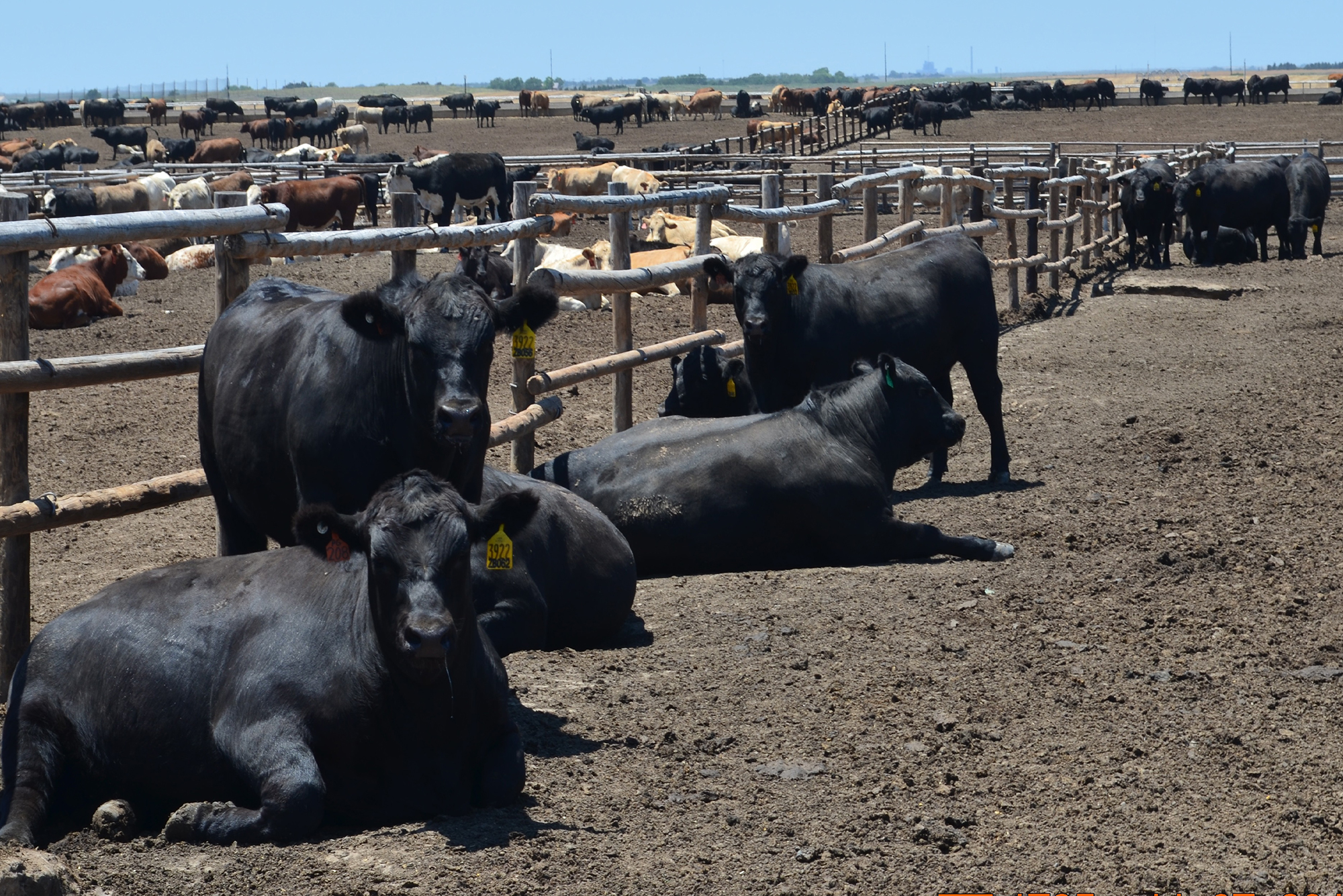 Then they used timed AI (artificial insemination) on the remaining 1,250, followed by a second round of heat-detected AI at the feedyard. The remaining 1,100 heifers were then sent just south of Steamboat Springs, Colo., to Saddleback Ranch, which Five Rivers leases. Fifteen cleanup bulls, all 15/16 brothers leased from John Raftopoulos of Diamond Peak Ranch, Craig, Colo., completed the breeding program.

“We went straight to the American Angus Association sire selection tool on their website,” he says, noting the Kuner goals of a double-digit EPD (expected progeny difference) for calving ease direct (CED), a “sensible” birth weight and “as much growth and grade as possible.”

Using the Sire Match feature of GeneMax, several sets of heifers were identified by known sires, including some Mytty InFocus and SAV Final Answer daughters. Only 39% of the heifers with unknown sires were selected, compared to 60% of those with superior genetics.

“We wanted to pick three or four AI sires that represented enough diversity that we could match to the heifer groups and accentuate strengths or cover any weaknesses, as well as minimize inbreeding,” Andersen says.

The average $W and $B indexes of the AI sires were $41 and $87, respectively. That puts them in the top 5% of the breed for those indexes.

That’s an advantage to any of the bred-heifer buyers, but also has a greater industry benefit.

“We felt like we could do a small part to improve the cowherd. We’ll be creating a set of feeder cattle down the road that were selected for things like dollar-B ($B),” Stone says. 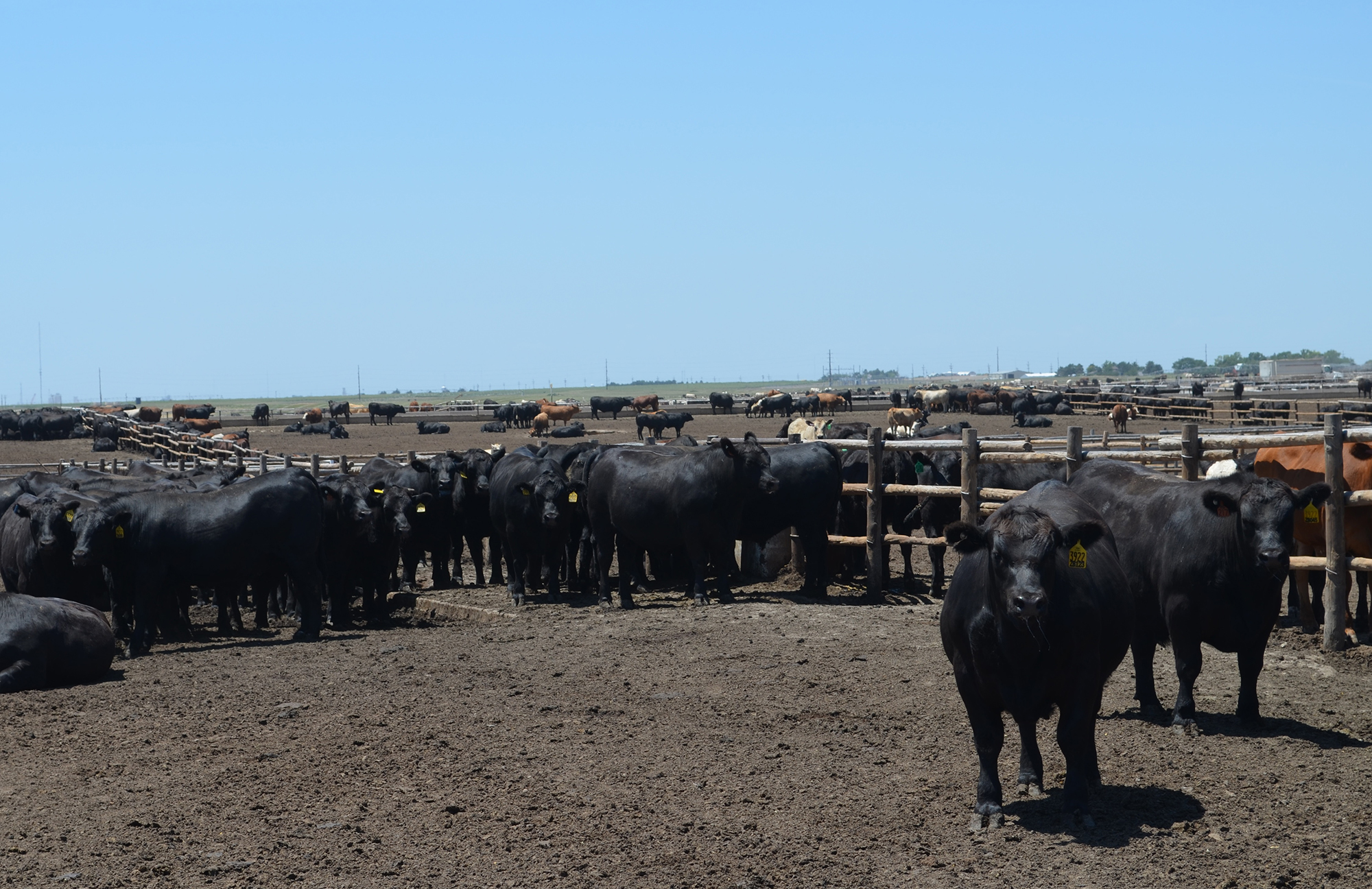 “We’ve told people our goal is not to just market these 1,100 heifers, because that’s not much in the whole scheme of things,” he says. “We’d like to tell people ‘here’s how we did it’ and hopefully others will do it and make better cattle.”

“We could expect pretty substantial increases in heifer retention in the next one to five years,” he says. “This project really served as a very large scale prototyping effort for how we can use all technology at our disposal to select the best heifers possible and then breed those to the best, proven, genetically superior Angus AI sires possible.”

“We’re also hoping to avoid the costs associated with heifers that aren’t going to make good cows or produce progeny that gain and grade,” Andersen says.

That’s become a bigger concern for Stone, who has worked for Five Rivers for 14 years, the last seven as the Kuner general manager.

“We’ve really learned since we started feeding naturals,” he says. “We do mass sorting on the traditional cattle, but the natural cattle, we generally leave in their contemporary groups and they don’t receive the benefits of all the available technologies, so you see huge gaps in performance.”

Some 3,500 head come and go at the feedyard each week. As the traditional cattle come in, they’re individually weighed and stay in holding pens for 30 days while they’re stepped up to a finishing ration.

Although the Kuner Feedlot tracks performance, grade and profitability on every pen, the co-mingling makes it hard to relate back to individual ranches.

But the natural cattle are mostly kept together by source.

“Feeding them really made us realize the better cattle are worth more money,” Stone says. “We’re interested in cattle that have better genetics. We can’t just buy the best cattle, but if people understand we’re paying attention to it, maybe it will become more of a management style than it used to be when everything was just a commodity.”