Face the pace of change

From beef markets to production systems

We are used to slow change in the cattle business.

After decades at that pace, however, the North American cattle and beef industries are undergoing a rapid transition.

“Farming and food production in total are no longer local industries,” said Pete Anderson, Midwest PMS research director. “They no longer serve local markets. Now, they are part of the global marketplace, paired with scaled opportunities, scaled risk and increased volatility. The upside is bigger, the downside is bigger, and the risk is greater than it’s ever been.”

“As individual cattle producers, most of us are subject to external influences to a greater degree than ever before,” he said. “Our collective responses will shape the industry and determine its future. In other words, there’s stuff you can’t control that’s influencing how this works.”

“Outside financial influences are having a bigger effect on our business than ever before,” Anderson said. “That’s one of those things that we can’t really control.”

While head counts are down, there is more beef and “two and a half times as much milk” being produced with forty million fewer cattle.

Genetics have continued to play a role.

“EPDS [expected progeny differences] were the first selection tool that actually worked, the first genetic and evaluation tool that actually let us make progress,” Anderson said. “We selected for growth, we got more birth weight because those are complementary traits. Because we had EPDs, we could sort through the population and predictably find those that could give us more growth without giving us more birth weight.”

Culling is a natural part of selection, but environmental conditions often drive it.

“We had a big drought a few years ago,” he said. “We’ve reduced the cattle herd by about 2 million head, sort of selectively. In the drought-stricken areas, the better ones moved somewhere, and the worst cattle got killed. We improved the average of the whole herd by using some criteria to determine which ones were worth keeping.”

Low cattle numbers imply feedyard operators must rely on “innovation and excellence to keep the yards full over the next 10 years.”

In the bigger picture, the beef industry needs freedom to operate, technology and knowledge.

“There are two groups that can take it, that can lessen our freedom to operate,” Anderson said. “One is government, and the other is consumers.”

The government has put more regulations into effect in the last eight years than in any 50-year period. 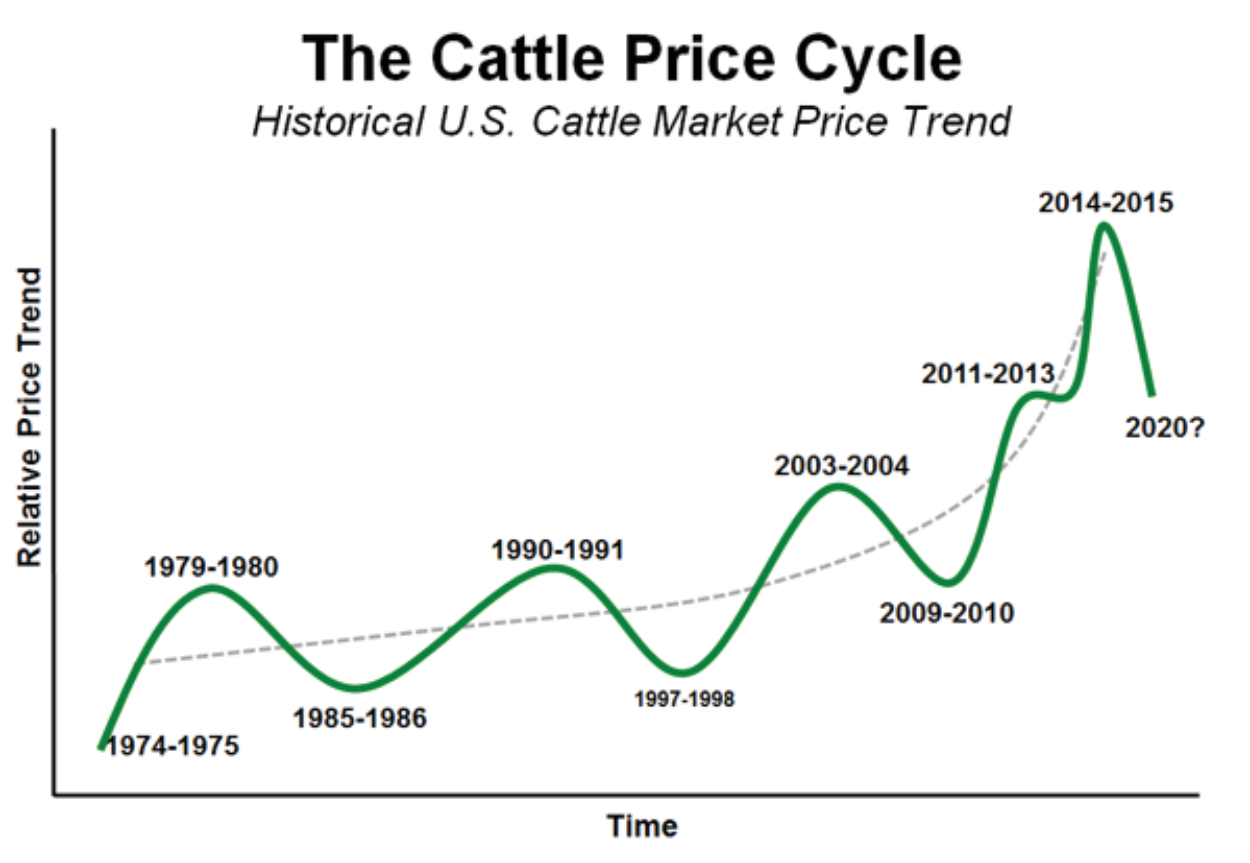 “Non-therapeutic antibiotic use will end this year,” he said. “A reasonable question we have to ask ourselves and prepare for is what will be the next thing.”

Consumers pay premiums for what they want. They get behind social media platforms and rally for causes that they believe in.

Technology can be both risk and benefit for producers and consumers.

“If we used it, consumers might not accept it. They might tell us they’re not going to consume a product, or they’re going to pay less for it if we make it a certain way,” he said. “That’s a risk. The other risk is if you don’t use it, you might not be cost competitive.”

With the ever-growing population, beef producers must look at the increase in meat consumption in not only the United States but other countries as well.

“We must get in, stay in and dominate the world’s high-quality beef market. Exports are a key,” Anderson said. “No other country can do that as well as we can. It’s the best use of our resources. It’s most profitable to export.”