Don’t we have enough of this “taste fat” in beef cattle today? Isn’t it time to move on?

It’s still a big deal, especially when more than 92% of cattle don’t have enough to qualify for the Certified Angus Beef ® (CAB®) brand.

“A lot of progress has been made,” he said, “but arguably there’s lots of progress yet to be made.”

Just five years ago CAB brand Prime was averaging 3.3% of the brand total, from 3,500 head per week. Today, he’s seeing an average of nearly 9% Prime from more than 10,000 head each week.

“This is something to be pretty proud of, and I think to be very excited about,” he said. “Not just on the supplier or the production side, but also what this ultimately means to end users.” 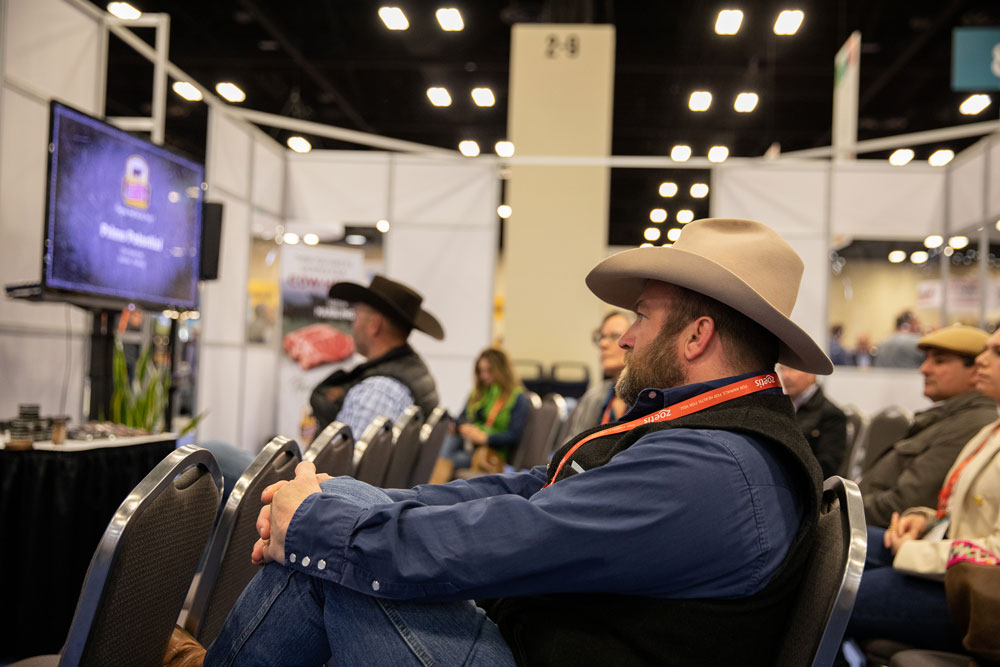 While the focus has been deliberate, there was a little push from Mother Nature. Ranchers hit by the widespread drought of 2010-12 culled aggressively to keep their herd cores. The rebuilt herds since then bear the highest quality genetics ever.

Breeding decisions at the seedstock and commercial level were influenced by packer grid premiums available through CAB and other branded programs, even when those were paid indirectly. It just made sense to take an interest in postweaning performance and grade when cattle feeders are paying more for the better end. The market signals blared: Targeting high-quality genetics will pay.

“Look at what just a few generations or a few years of significant focus on the quality side of genetics can do,” Walenciak said, referring to annual averages seen at one cow-calf operation. “Going from essentially zero focus and running about 11% Select, over just a few calf crops it grew to an excess of 30% Prime.”

Annual sales growth in USDA Prime boxed beef is similar to the increases in head count, he noted. Packers were used to a steady 16,000 head per week. But over the last five years that accelerated to more than 42,000 per week. CAB brand Prime accounts for nearly a quarter of that.

“Everybody likes to look at historical averages because it helps you set your compass on where you’re going,” Walenciak said. “But we’re in uncharted waters now. We’ve had such a huge increase, it’s a bit difficult for both packer and beef marketer to get recalibrated.”

“This past year, 37 million pounds of Certified Angus Beef brand Prime was put on the market,” he said, noting a strong trend moving upward at more than 30% annually for four years in a row.

This rapid increase in Prime availability opens doors across the beef supply chain, some of which are still being determined, Walenciak said.

Dollars per pound of Prime beef are near their historical lows of 2008-09, which gains the attention of retail, foodservice and consumer buyers.

“And then the other part of the world they live in is, what’s the spread, Prime to Choice or whatever that metric may be,” he said. “The kind of premium you have to pay to offer Prime may be just as important as the actual price.” 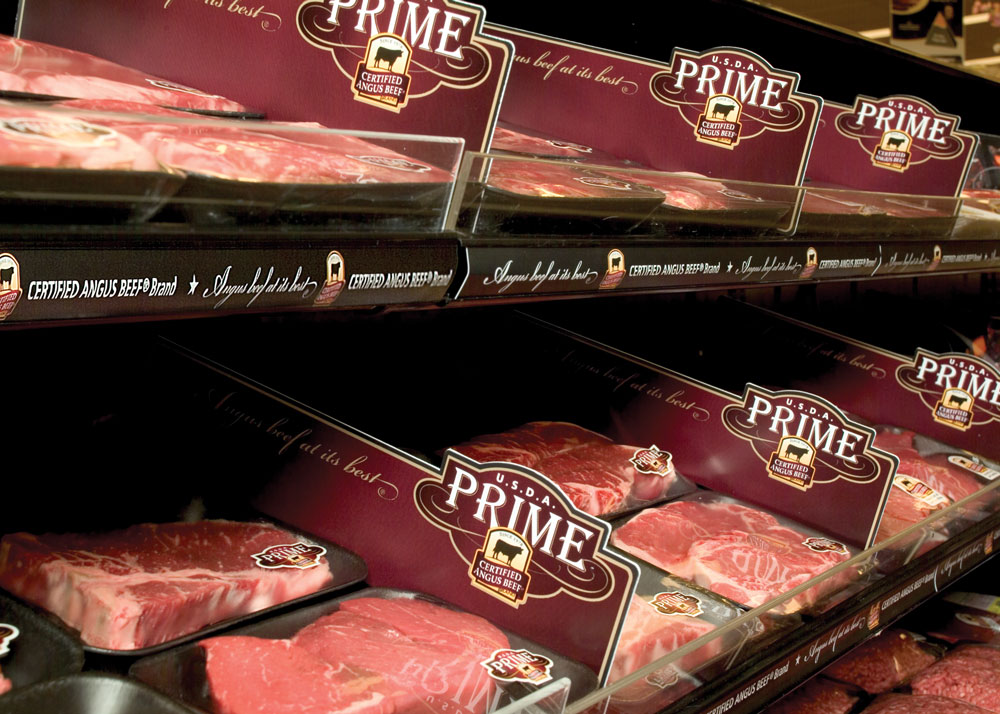 “Think about the briskets used for barbecue,” Walenciak said. “When you go through the majority of restaurants in Texas that are using CAB, odds are they’re using Certified Angus Beef brand Prime for their brisket.”

Prime brings value beyond traditional middle meats like ribeyes and strip loins. There is an increase in performance when upgrading the quality in chuck and round cuts as well, he said. That’s why CAB brand Prime clods from the chuck are the third-highest volume sold.

Historically, Prime sales were steady in foodservice, but the increase in supply lets retail get in the game, especially when it comes to end meats, Walenciak said.

It allows retailers to run front-page ads that can make for huge local variations in demand.

“Stores either need 5-10 loads, or they don’t need a single pound when they place an ad,” he said. Use of that marketing concept has nearly doubled retail Prime sales in the past year.

It’s a new business model where demand for Prime can run wild—but the seasonal nature of cattle production only supports it for certain times of the year. Starting in April or May, quality grades take a dive until recovering in the fall.

Translating that to head counts may clarify the dilemma.

A difference of 1,500 head a week may not sound like much, but it’s the difference between retailers selling Prime or not, because there has to be enough for the advertising-induced demand swings.

“The industry has come a long way in supplying high-quality beef,” Walenciak said. “But the mission isn’t over yet. There’s still a few kinks to figure out in meeting the goal of steady supplies.”

Beef up the dinner table

Cattlemen respond to consumer demands, even as they evolve from the call for premium quality to transparent production practices. We know that, thanks to ongoing work from NCBA. Overall, beef is doing well and will continue while half of consumers rank it as a top source of protein.

The Porsche of beef

Superior products require superior attention to detail. Even with shifting demand signals, consumers are willing to pay a high price for beef if it’s worth it every time. Robbi Pritchard shares ways cattlemen can continue to fine-tune their cowherd to meet these demands.

Rising to the occasion

We know what keeps an animal healthy, but do we know what they want? Lily Edwards-Callaway, of Colorado State University, shared animal welfare research during Cattlemen’s College session at the 2020 Cattle Industry Convention that she tag-teamed with NCBA’s Shawn Darcy.