Story and photos by Miranda Reiman

A land auction that didn’t go the right way. A cattle deal that didn’t get done. Anyone who has watched their best-laid plans take a detour, take heart in the Huyser family’s story.

With a small feeding operation already established at Elm Creek, Neb., brothers Mel and Marvin Huyser put in an offer on a larger yard just down the road near Lexington. They got outbid.

“We felt like we needed to be here, but it just wasn’t the right timing,” says Mel’s son Daron, who was in high school at the time.

Five years later, as Daron was about to earn his animal science degree from the University of Nebraska-Lincoln (UN-L), the yard came up for sale again.

“I woke up in the middle of the night, and I got this figure come out of my head and that’s what we offered,” Mel says.

The real estate agent doubted they’d get it bought, but called back shortly after with the news that it was theirs. They and their wives took a leap of faith when they signed on the dotted line.

Prayer and patience were both at work.

“It was just a God thing,” Daron says, that they had a second chance. “There was no doubt this time. Before, it was like, ‘I want it, I want it, but this isn’t going to work.’ You can’t force it to happen.”

Daron had been planning a career in allied industry, perhaps as a livestock nutritionist or in sales, when his dad asked if he’d like to join the family business.

“It was like getting that winning lottery ticket,” Daron says. “You have the opportunity to do what you want to do, to come back, be large enough to establish and carry a family, take care of customers…I thought, ‘Let’s jump in with both feet and go.’”

His dad shared that no-hesitation outlook.

The family business now includes two yards, with his sister Jamie tackling the daily tasks at Elm Creek and Daron helps manage operations at Lexington. Mel does everything from keeping up customer relations to driving the feedtruck, while Marvin handles commodity trading from his home in Idaho.

“We’ve got that family touch. It’s somebody in the family feeding the cattle, taking care of the cattle day-to-day,” Daron says. “We don’t have to sit and look off a computer and tell you exactly whose cattle they are. We know what the cattle are. We have relationships, we talk with the people weekly.”

For the kind of people they are and the kind of cattle they feed so well, M&M Feeders earned the 2020 Feedyard Commitment to Excellence award from the Certified Angus Beef ® (CAB®) brand. 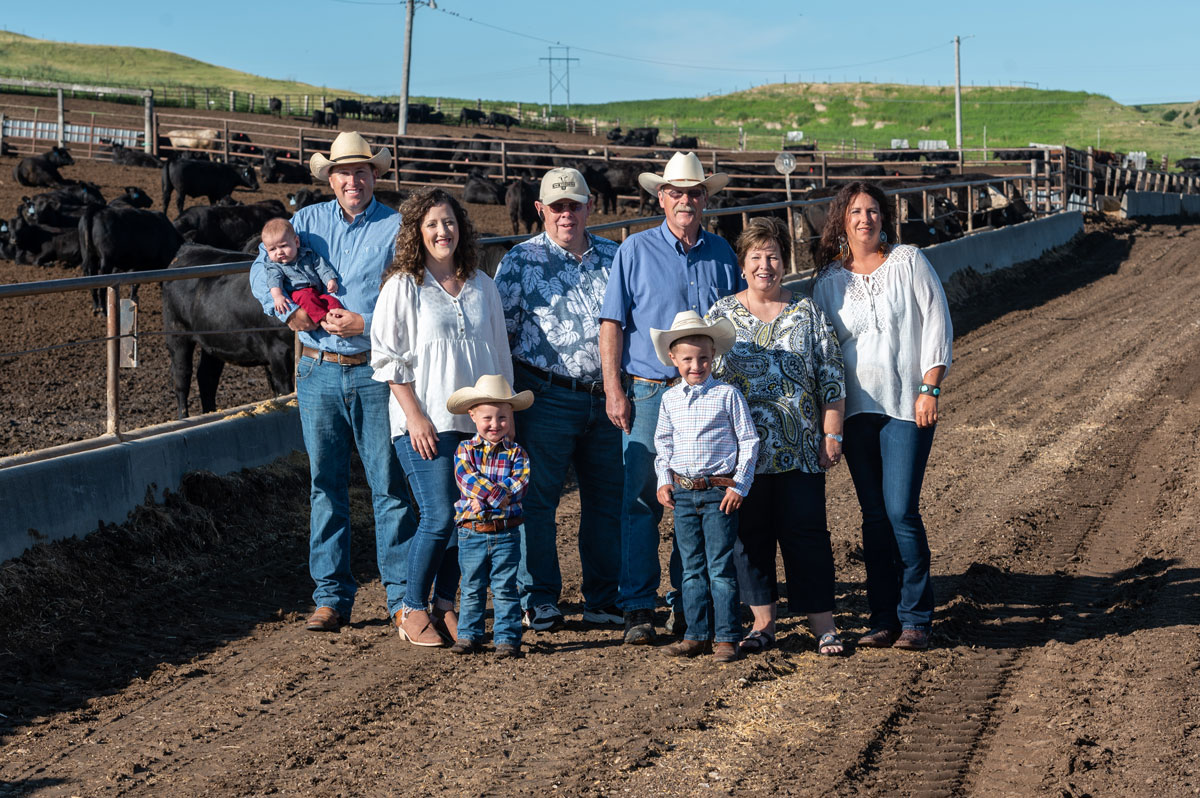 A place and a purpose

With that 2005 purchase, they had a weed-overgrown feedyard, a lot of hard work before them and a need for 6,500 cattle to fill the pens.

It was a bit like their move in 1992, when they left their Idaho farming and feeding operation for the western edge of the Corn Belt. Daron was in fifth grade and Jamie was a junior.

“We could see the cattle industry was changing and moving this way,” Mel says. “The packers were out here and the corn was out here and it was a good move for us.”

A handful of customers came with them, shipping calves to that Elm Creek location, but they had to build their base from there. Both times the family grew their list without a set strategy or formula, by just being themselves and living their values.

“Honesty is the best business advertisement you can have. We have always stuck to our guns on that. It has always paid off,” Mel says.

At UN-L, Daron met the Connealys of Connealy Angus, near Whitman, Neb. That was the first place he went for advice when he got a Young Farmers and Ranchers Loan to start a cow-calf enterprise.

“They helped us see the value of genetics and helped us with our own cow herd,” he says. “We could see that the improvement starting with the calves carried all the way through onto the carcass traits and the different premiums that we could get.”

A first purchase of 74 cow-calf pairs in 2009 has snowballed into a large-scale commercial cow operation. “Having skin in the game at the base level of the cattle industry gives us a little different perspective.”

Besides carcass traits, he says they’ve improved calf vigor, disposition and mothering ability. The operation consists of a mix of rented and owned ground that spans 70 miles. 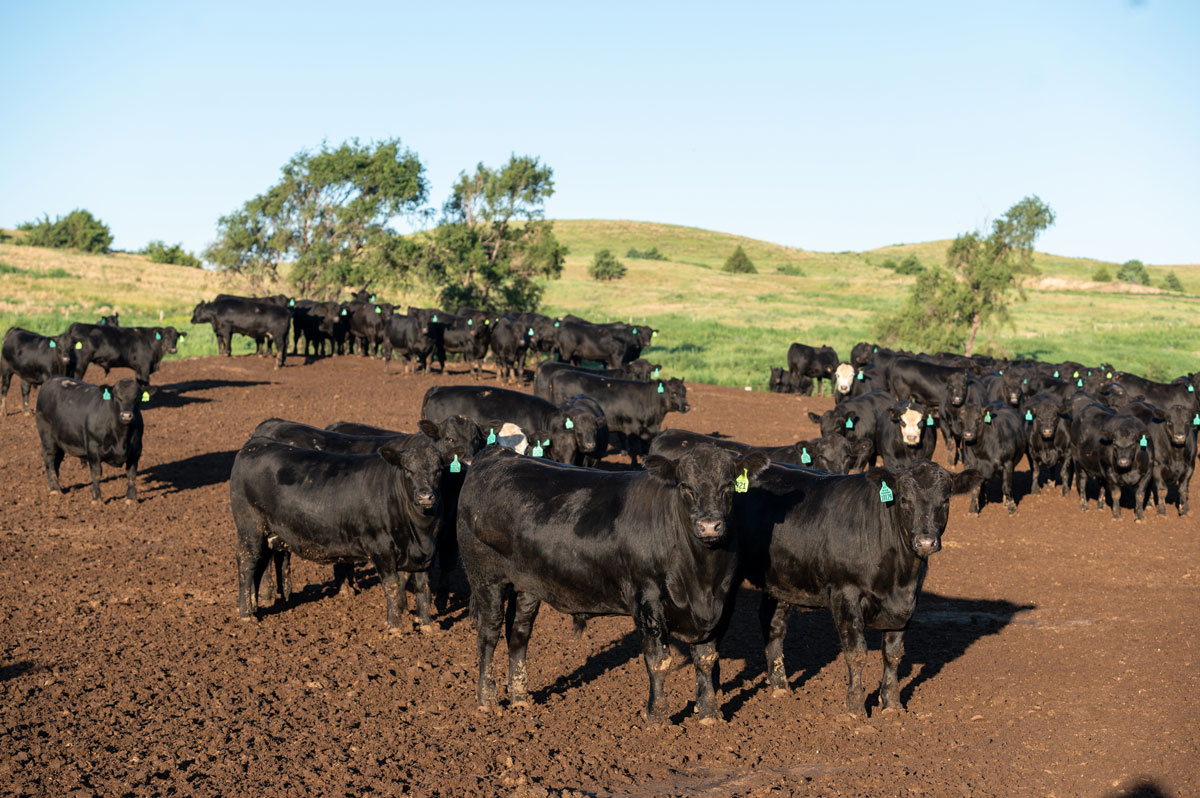 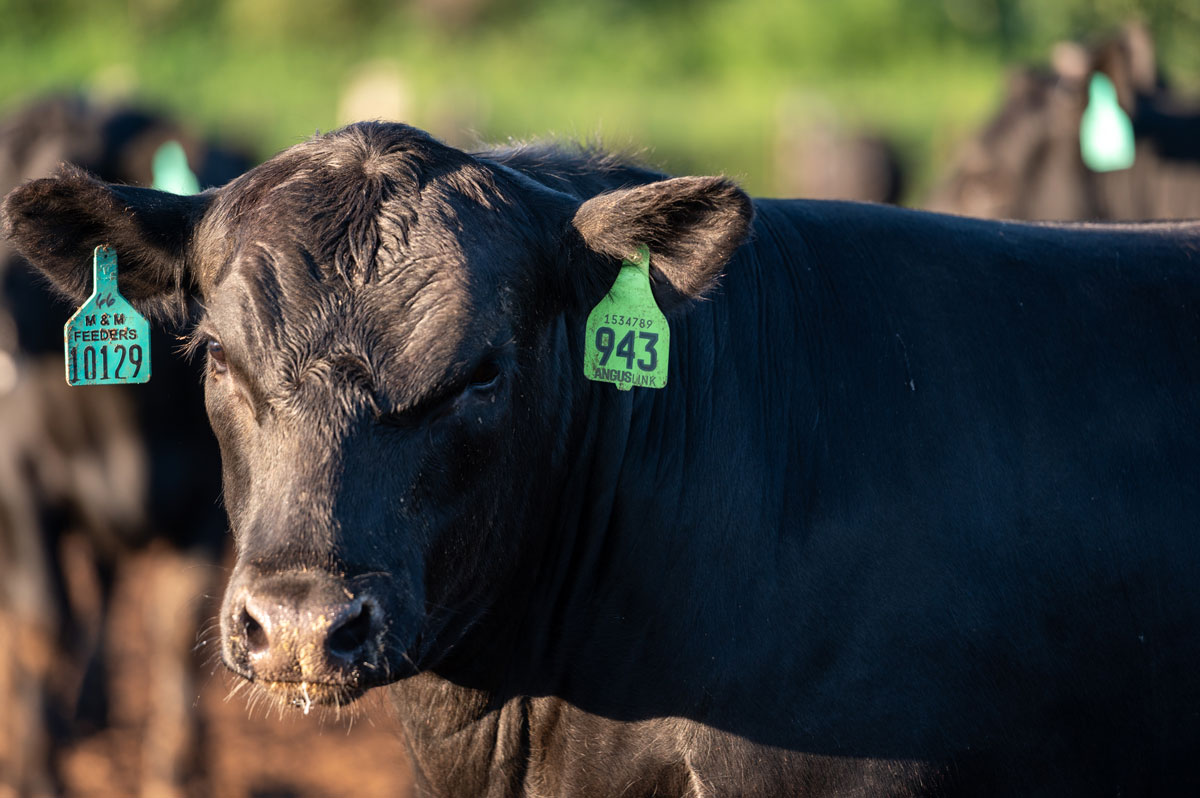 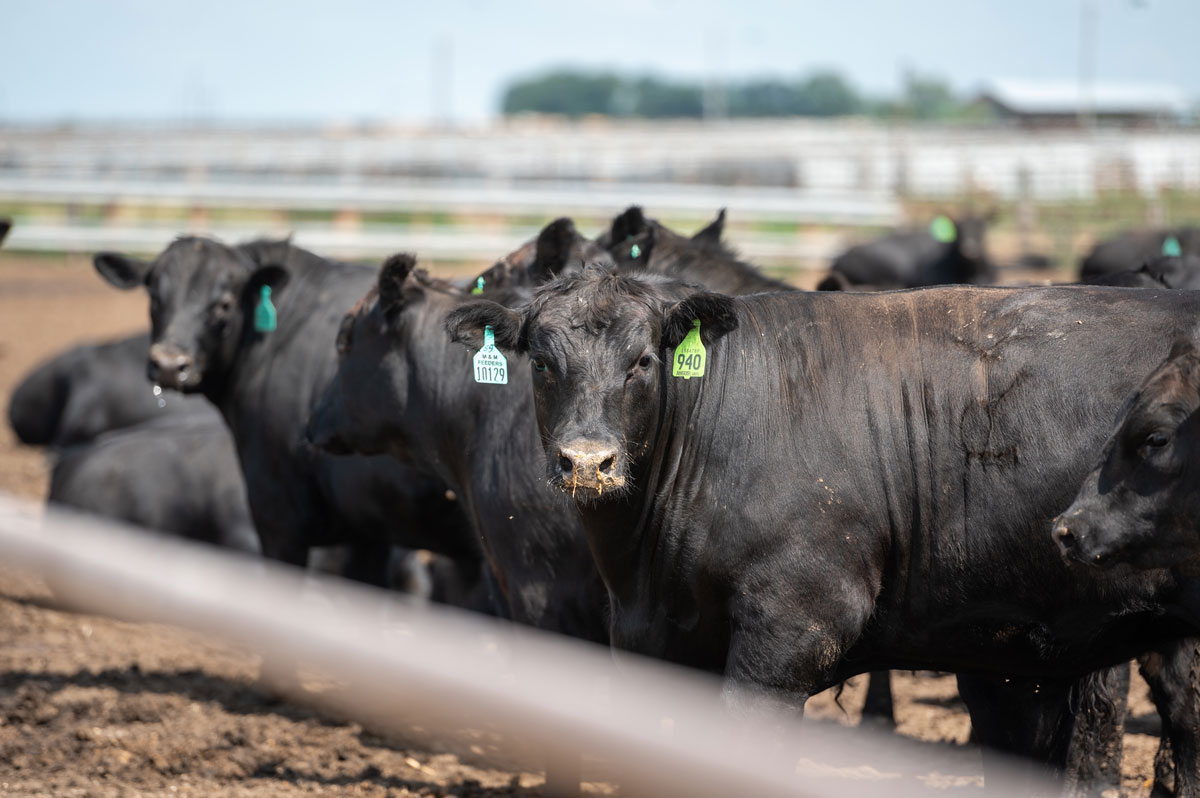 The Huysers artificially inseminate the entire herd, calve early in the year and hit the April market with 14-month-old finished cattle. Most go right up the road to Tyson, where they’ll often bring $5 to $10 above the market and reach 60% CAB acceptance and 10% to 15% Prime. Trying to hit that earlier market, they sell them “a little green,” Daron says, noting their 10% yield grade 4s.

“Certified Angus Beef has been a way that we can add more value to our carcass,” he says. “Anything we can do to add a premium for our own cattle, or our customer cattle, and then also have a good product for their consumer.”

“Everyone has to fit their operation, but we have the advantage that we get to see it from the beginning all the way to the end,” he says.

The feeding family can share feedback on performance and carcass, along with examples of what’s worked in their own herd. They’re split about 50/50 in customer vs. owned pens, and that experience in the cow business helps inform their purchasing decisions into the yard, too.

“We used to feed a lot of mixed cattle, put-together cattle, a lot of colored cattle of unknown genetics,” Daron says. “We’ve seen the value of buying cattle off of one ranch or off of a bigger group of cattle from people who are really invested and improving their genetics.”

When Daron watches the Northern Livestock Video Auction, he’s already highlighted the sale order—either because he’s fed them before or knows the lineage of the calves on the sheet. He’s fed several rounds of AngusLink® calves.

Other investments are less about the immediate payoff and more about the long-term vision. Hayley works as an attorney and her office handles their estate planning, lien checks and compliance.

“We understand that guys whose cattle we’re taking care of have a lot invested and we want to make sure all the I’s are dotted and the T’s are crossed,” Daron says. 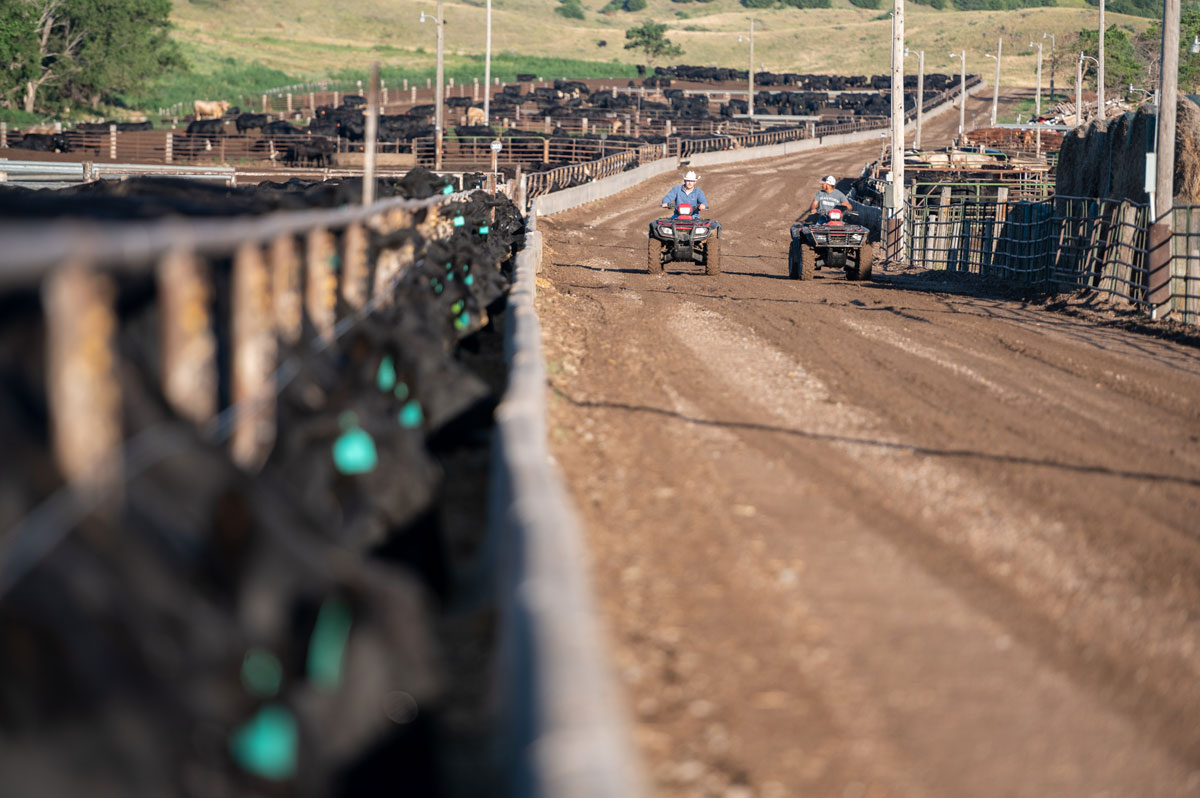 For the family, it’s not just about keeping a business in the black. It’s about building a life, one they can share together now and pass down later.

“He’s the cattle baron around here,” Daron laughs. “He’ll tell you how things are and where to go and what cattle need taken care of.” And if the kindergartener can talk Aunt Jamie into checking cows, even better—he’ll get his fix of being horseback.

It’s all the ordinary things like time spent with a nephew, having each other’s back when there’s a problem, and being able to talk freely that make the family business more appealing than Jamie’s previous career in the retail field.

“For me it’s enjoyable because it’s more personal,” she says. The work is more than punching a timecard—it supports four families. 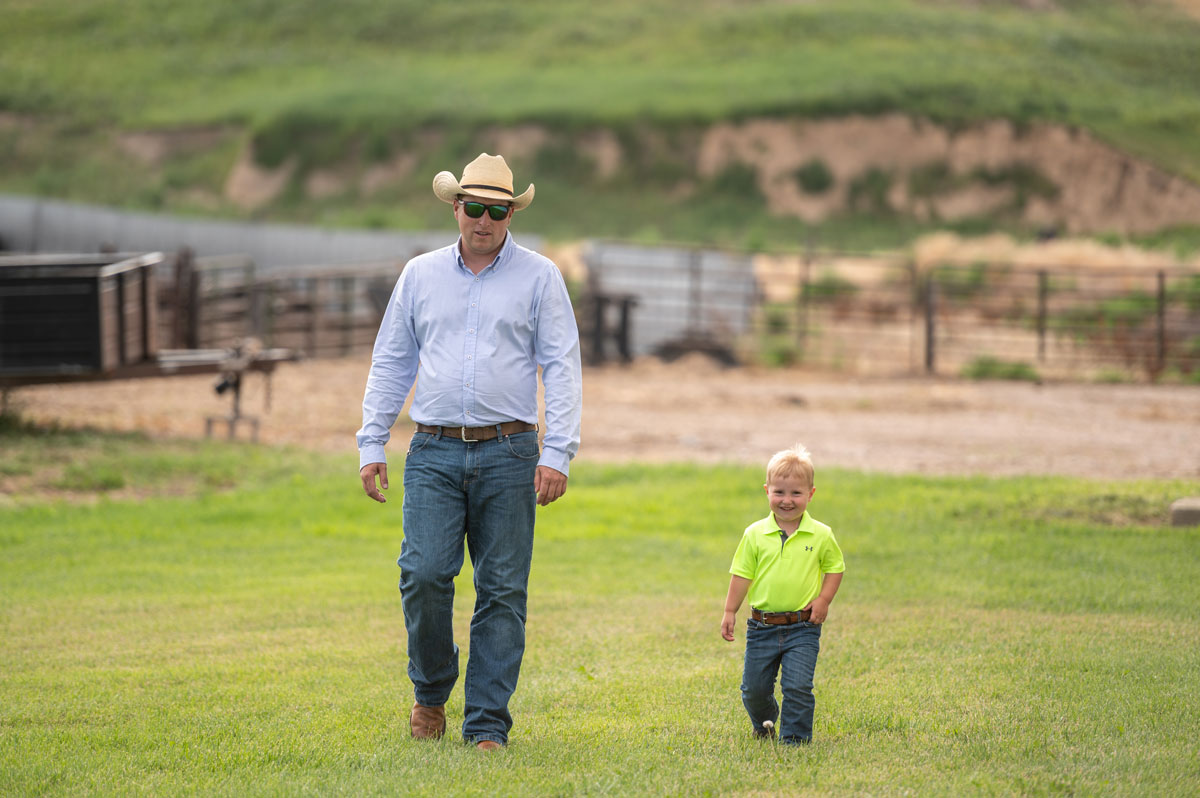 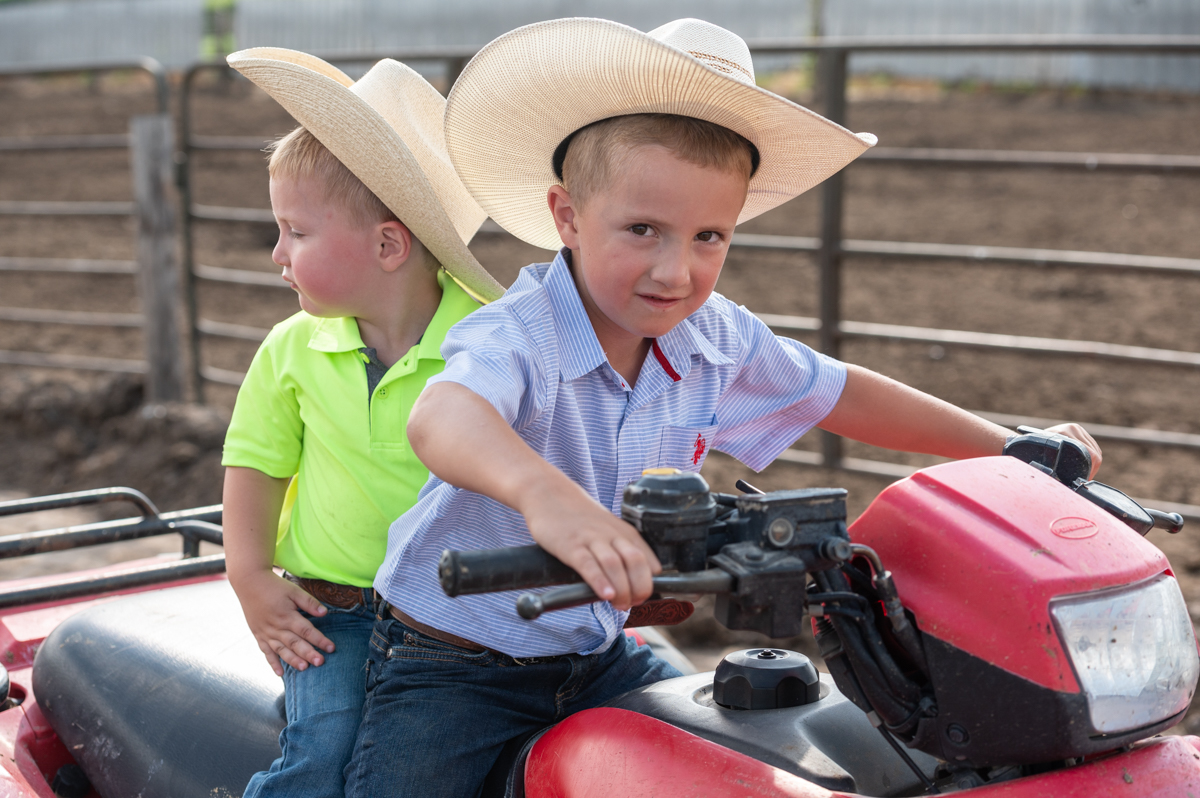 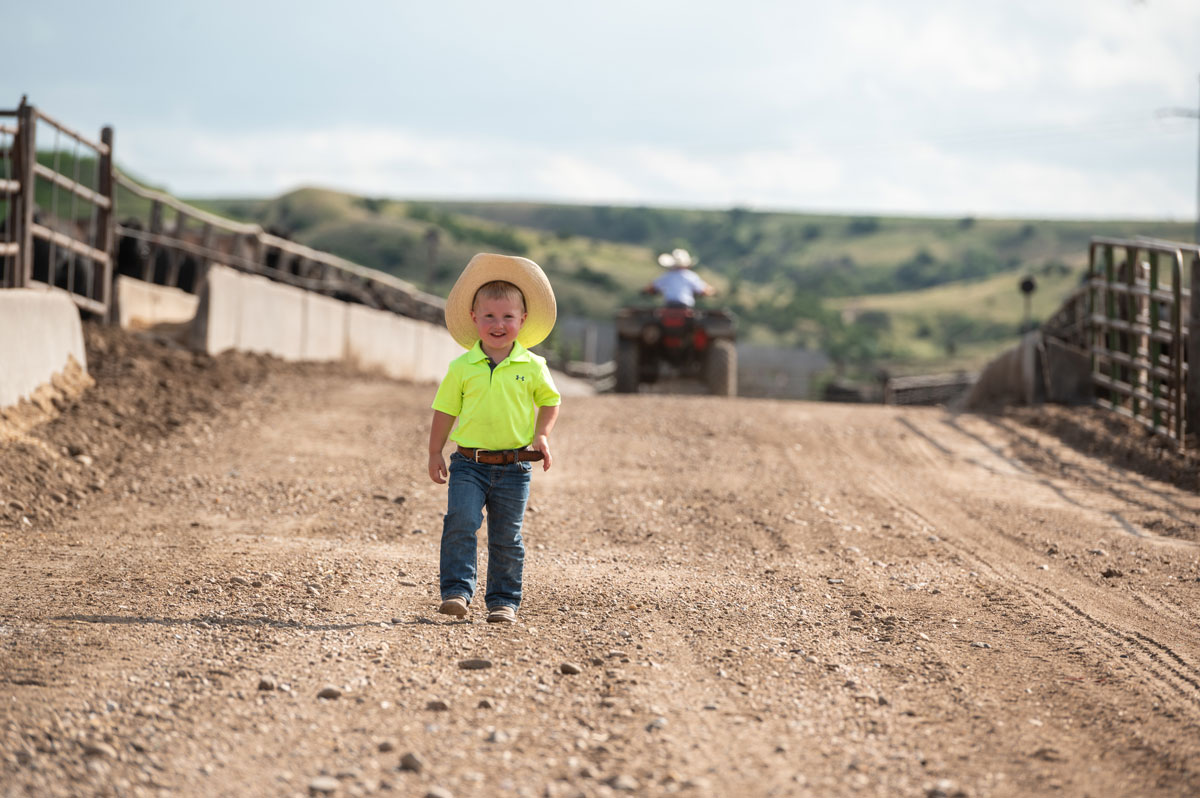 The only downside seems to be when a Sunday dinner turns into mapping out the week’s to-do list. But their mom Connie is used to it by now. She and Mel have been married for 47 years, having met when Marvin and wife Reeta married in 1972. She’s embraced being a cattle feeder’s wife, and raising two more cattle feeders of their own.

But as things often do, they worked out even better.

“We prayed that if it was God’s will, that the doors would open, and they did open,” Marvin says. “And the biggest thing was when they did open, to have the faith to walk through the door and keep going.”

What started as a few names on a dotted line and a conviction that they could make a Nebraska feedyard work has more than just worked, and the Huysers aren’t the only ones better off for it.

This story originally published in the Angus Journal. 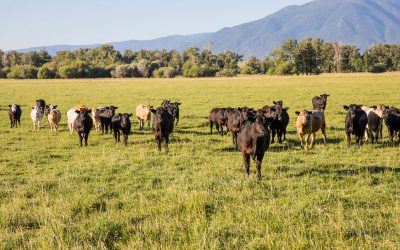