A baby calf nursing for the first time…..if everything’s going right, it might look a little peaceful.

There’s a quote from a North Carolina Angus breeder Joe Hampton that sticks in my mind: “There’s nothing better than calving. If seeing a baby calf get up and nurse doesn’t sort of charge your battery, I don’t know what to say.”

But that could have easily been something that Brian Admundson or Mark Wilburn or Richard Tokach said. They’ve all claimed calving as their favorite time of year. Many more would agree that witnessing that first bonding (and that feeling of success) is pretty special.

But no matter how serene it may seem on the outside, what’s happening inside is a fast and furious defense mobilization. The biological signal to the calf and its immune system could be summed up as, “It’s go time!” 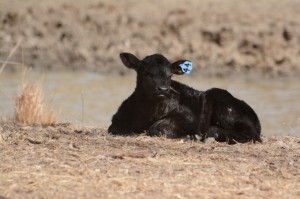 You may know that a calf’s gut is not fully closed until after it gets something in its stomach. But after interviewing a University of Missouri (MU) vet, it’s pretty clear to me it’s critical that “something” be colostrum.

Everybody knows the ideal situation is an easy birth and calf nursing shortly thereafter, but I didn’t know the specifics.

There’s usually about 24 hours until the animal’s chance of absorbing antibodies into the bloodstream is greatly decreased—but if it consumes anything besides colostrum first, that window is much narrower.

“It’s not really selective. There’s nothing in that calf’s gut that picks out the antibodies and leaves everything else. Essentially the gut grabs bunches of stuff in the gut and engulfs it and dumps it out into the bloodstream,” says Brian Vander Ley, Mizzou veterinarian.

That is to say, no matter what a calf gets in its stomach (think of a mouthful of not-exactly-sterilized cow chips) first, it has a direct line to its bloodstream.

The reality of most calving environments emphasizes, in my mind, the importance of selecting for good mamas (that readily accept their babies) and cows well-suited for the environment. Those that are in good condition going into calving will have a much better chance of producing enough—both in quality and quantity—of that liquid gold. 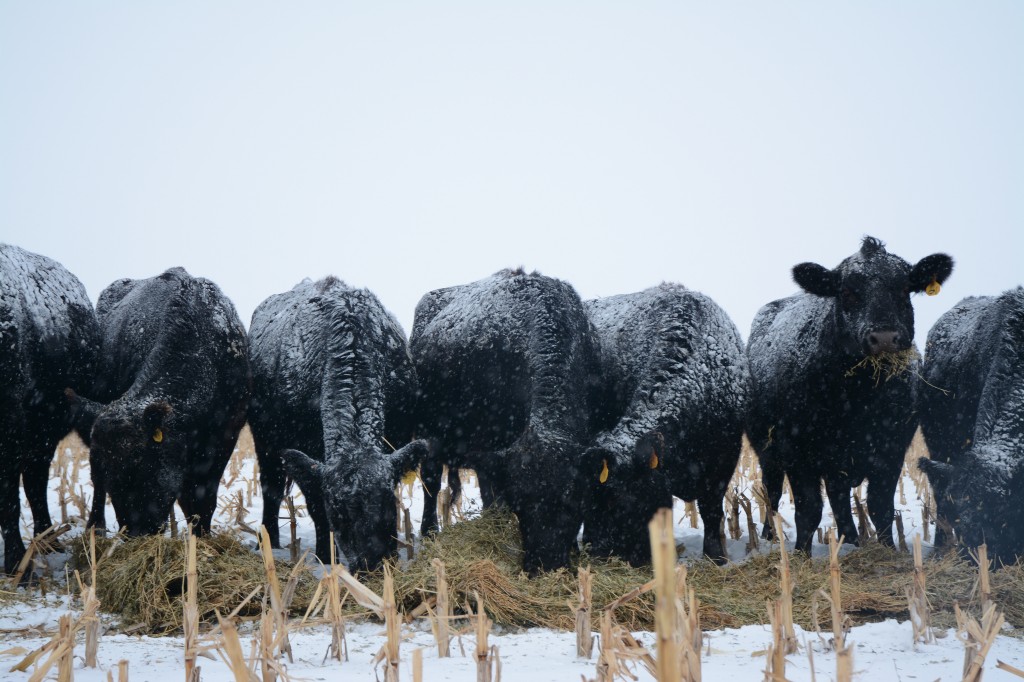 Feeding your cows now may help them feed their calves later.

In addition to “feed your cows,” Brian has one more recommendation: when a calf doesn’t nurse and milking its dam isn’t practical, use a true colostrum replacer versus a colostrum substitute or electrolytes. A replacer comes from hyper-vaccinated cows and is pretty similar to actual colostrum, whereas a substitute has substantially fewer immunoglobulins and other proteins found in colostrum.

“I want the natural process to work. I’m just going to fall back on this when it doesn’t,” he says.

As many of you gear up for calving season, keep in mind that what you’re doing now could impact that calf’s early, ever-important dose of nutrition. Colostrogenesis starts 16 weeks pre-calving.

PS—Now you know some of what we do know about colostrum, check back tomorrow to find out all that we don’t. There is some cool work uncovering all kinds of connections.