First impressions: The inside story on colostrum

Milking beef cows is not always a fun process.

That’s just one of the hurdles facing researchers looking to understand more about colostrum. Add in the fact that the beef cattle system has fewer “check points” built into the relatively drawn-out (compared to other species) production cycle, and you’ve got a bigger challenge.

But don’t take that to mean there aren’t people trying to figure out both how to get more/better colostrum and what that all impacts down the road. 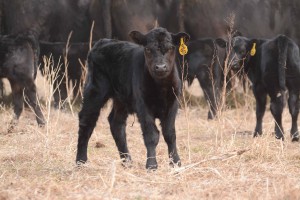 I love to learn about fetal programming. I’ve heard many people say that cattle that reach the Certified Angus Beef ® brand (CAB®) or Prime have “never had a bad day.” I sincerely believe that goes all the way back to the time spent in utero.

So when I got to dig in to the subject of colostrum for an upcoming article, I was fascinated to learn that scientists believe it could do a lot more than just provide an energy-dense meal and protective antibodies to newborn animals. It could do some programming of its own.

Allison Meyer, University of Missouri animal scientist, talked about swine work being done by Skip Bartol at Auburn University and the “lactocrine hypothesis.”

“We have always known that growth factors in colostrum are really important for gut development,” she says, “but this shows there are parts of colostrum that are helping with development of other organs after the animal is born.”

It’s not proven, but she suspects the same happens in beef cattle.

There could be growth factors and hormones that impact everything from subsequent health to subsequent reproduction on heifer calves. 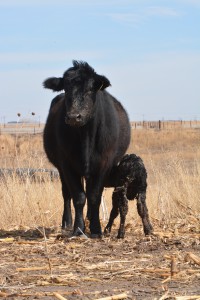 It’s somewhat a case of the more we know, the more we realize we don’t know, says Allison’s colleague Brian Vander Ley.

The Extension veterinarian says that at the very least it’s easy to make some logical assumptions about indirect benefits that come from the transfer of proteins and white blood cells.

“There’s a lot of evidence showing that the colostrum primes the immune system,” he says, noting that means lifetime disease resistance which has proven benefits in the feedyard and on the rail.

“I know if animals have respiratory disease they’re less likely to grade well,” he says. “And I also know if they have good passive transfer at birth, they’re less likely to get respiratory disease in their life. If I put that together, my assumption is if they get good colostral transfer as a calf, they at least stand a much better chance of reaching their genetic potential.”

“That’s notwithstanding a direct effect that I don’t even know about yet,” Brian says.

A special thanks to Brian and Allison, who actually do attempt to milk those beef cattle, in the name of learning more.

PS-To get a few practical recommendations related to colostrum in your herd, check out yesterday’s post.