Humanity has been telling the same stories for ages. But as each new generation walks the earth, they find new twists on the same basic tales. And we don’t grow tired of them.

Sustainability is an old story to cattle producers all over the world, but they’re finding new ways to talk about it.

Protein upcycling is a recent term that adds science to the narrative.

“The vast majority of what we do is take a resource that is largely un-utilizable by humans and turn it into something that humans can utilize,” Tryon Wickersham, Texas A&M University ruminant nutritionist, said at the 2020 Cattle Industry Convention in San Antonio.

“Everybody in the room knows that,” he said, “but the majority of people outside of this room don’t know it—so we need to speak to that.”

Protein sources’ capacity to meet nutritional needs are ranked by digestible indispensable amino acid scores (DIASS). Animal proteins tally more than 100 DIASS versus corn at 36.8, so you need much less from animal sources to meet requirements, he said.

But at what cost? Are the resources consumed worth what those animals deliver?

No question, really. Wickersham calculated that a 1,000-head cow herd is fed just 24 pounds (lb.) of HEP during an entire year while producing more than 62,000 lb. of HEP.​ 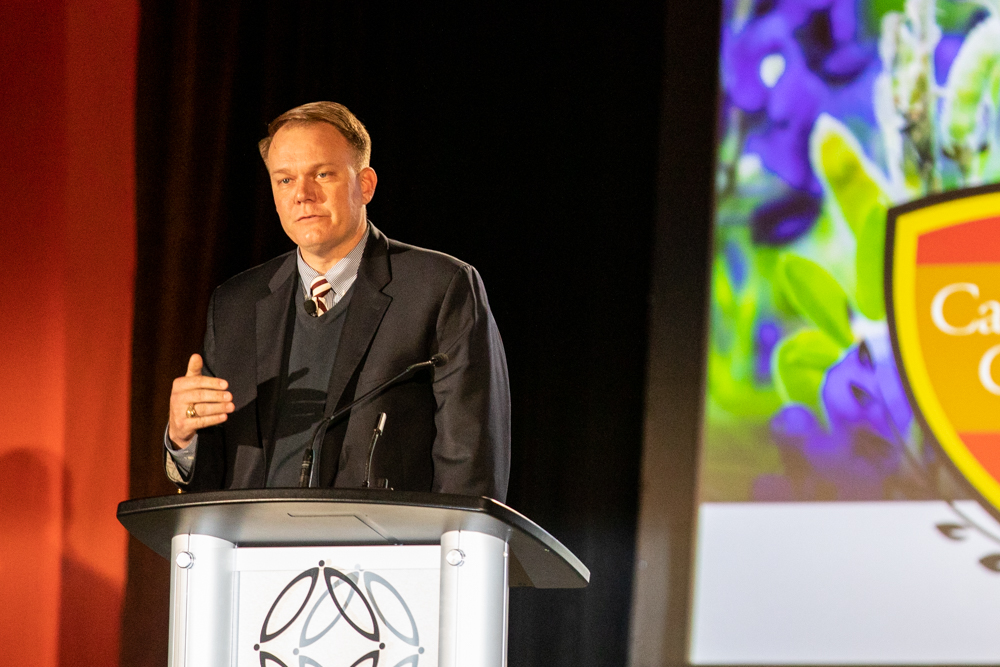 “For every pound of HEP we put into the system, we get 2,600 lb. out,” he said. Taking that times beef’s protein quality ratio gets to a net protein contribution of 8,000. “Anything greater than 1 means the industry is not competing with humans for human edible protein.”

While it may take 770 lb. of corn to finish a steer, he put that in perspective.

“If I took that corn and I fed it to children, how many children could I feed?” he asked the audience.

Three. That would meet the toddlers’ amino acid requirement, but it would be difficult to consume that many calories from the grain and would lead to obesity.

Through protein upcycling—feeding that HEP to livestock—beef cattle feed 17 children with much fewer calories.

“We’re contributing to society by converting these low-quality sources of protein that humans can’t utilize into something that tastes amazing and does a great job of meeting their nutritional requirements,” he said.

But there are other measures and “sustainability is a balancing act,” Wickersham said. So his team tracks methane production per unit of HEP, too, demonstrating higher quality diets in feedyards help reduce greenhouse gas emissions.

“Anything we do from a production efficiency standpoint generally improves net protein contribution and the ability of cattle to feed people,” he said.

The underlying themes are timeless, but evolving technology and discoveries mean it’s time to share the story again.

Not only are consumers devouring it, but stakeholders are pressing for it, according to Wayne Morgan, Golden State Foods executive and president of the company’s protein products and sustainability branch. 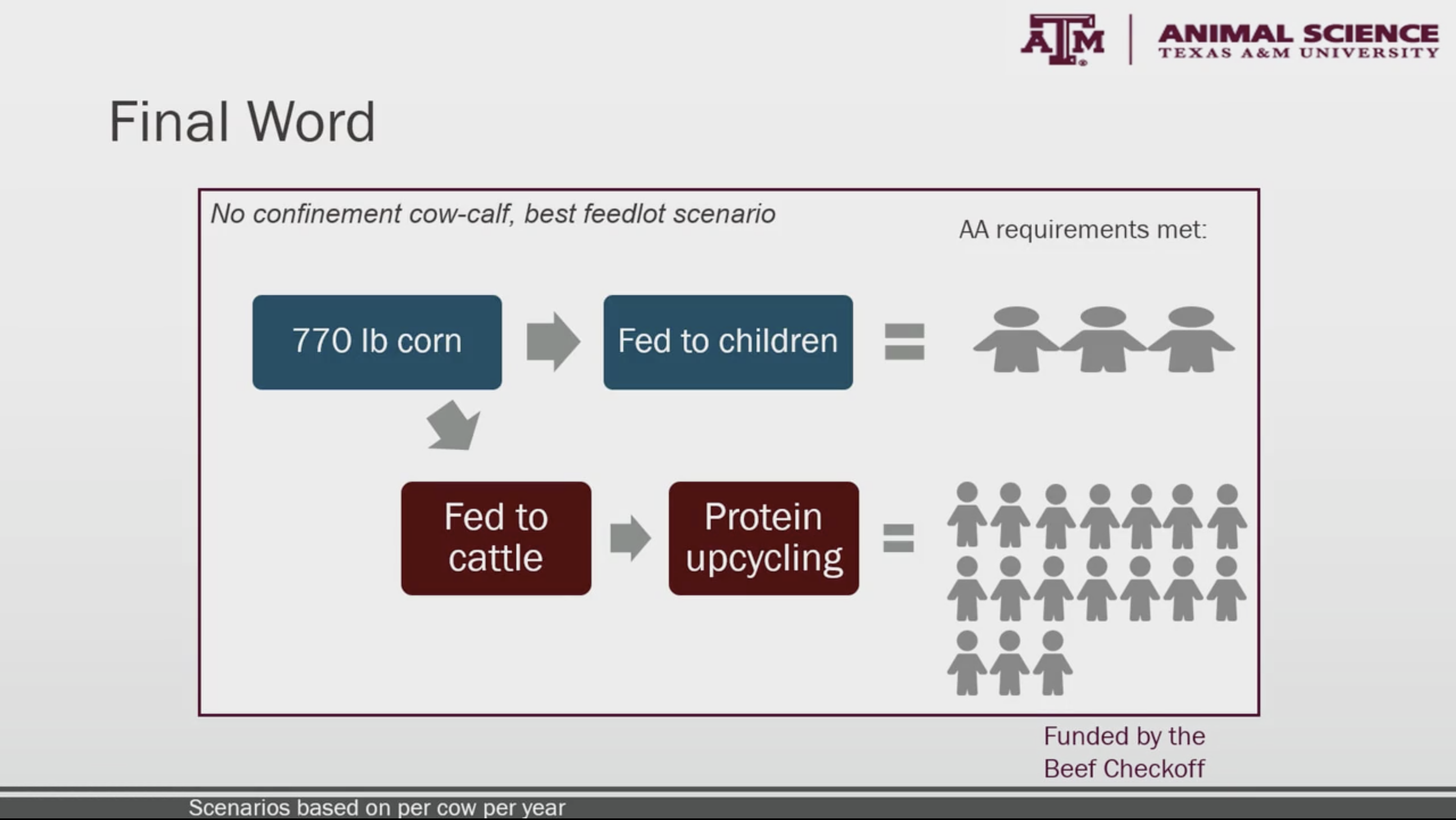 As a $5 billion supplier to more than 125,000 restaurant chains and retail stores on five continents, Morgan feels the pressure sustainability questions are putting on companies like his and those it serves.

“Consumers say a lot of things and they don’t always respond with their wallets the same way they answer questions, but still, we can’t deny they’re an important part of this beef industry. We need to listen to what they’re saying,” Morgan said.

Investors, on the other hand, are responding with their wallets.

One of the biggest investor groups is BlackRock, controlling $7 trillion of the $80 trillion on earth.

“So when they announced they’re going to avoid investments in companies that present high sustainability-related risks, well, that ought to get your attention,” he said. “Anytime a major player in any business makes a shift, everybody else comes along.”

How does he want the cattle community to answer those questions?

For starters, “don’t wince” every time you hear the word sustainability, Morgan advised.

Shakespeare wasn’t the first storyteller and neither are producers.

“We want you to embrace it,” he said, challenging the audience to change the sustainability narrative and make it their own.