What’s the difference between ordinary USDA Choice and Select steaks and Certified Angus BeefTM steaks? Served at a medium degree of doneness, the latter are generally more tender, palatable, juicy and flavorful, whether cut from the middle or end-meat subprimals.

Those are among the findings of the 1999 Oklahoma State University (OSU) study, “Characterization of Certified Angus BeefTM Steaks from the Round, Loin and Chuck,” by Jacob L. Nelson, H. Glen Dolezal, J. Brad Morgan and Fred K. Ray. The data also show that marbling is more highly related to tenderness of middle meats than it is to that of the end meats. That means the key to better eating beef is in moving up the quality grade scale.

The study was commissioned by the Certified Angus Beef (CAB) Program against the backdrop of overall declining beef tenderness, juiciness, flavor and consistency since 1974. Based on comments from the 1995 National Beef Quality Audit, it’s no coincidence that beef marketed as a commodity has fallen in market share by about 15% to competing meats since 1970. In that survey, purveyors, restaurateurs and retailers—representing consumers—said beef was simply a poor value.

It’s important to note that neither Certified Angus Beef product quality nor demand has fallen since its inception in 1978; rather, demand has increased as supplies of the consistent product grew.  But the trends in quality of the overall beef supply put the industry on alert.

Strategic alliances were formed to assist producers in using selection and management techniques to produce cattle that fit customer expectations for marbling, red meat yield and weight. Branded beef programs were launched. But with a 20-year record and some 410 million pounds of beef sold in 1998, the CAB Program has emerged as the most successful specification-based, branded beef program in the world.

Industry leaders see a branded future as a prerequisite to stopping the loss of market share. Some industry leaders expect 50% of all beef to be branded by 2005.

The industry won’t get there by focusing only on the higher quality cuts from the middle of the carcass. These middle meats (such as rib and loin) have increased in value while end meats (chuck and round) have declined dramatically, according to a 1997 Cattle-Fax survey.

In a 750-pound, Yield Grade 2.8, premium Choice carcass last fall, some closely-trimmed middle meats represented just 11.6% of carcass weight, but 42.4% of total boxed beef value, according to the OSU Boxed Beef Calculator. At the same time, end meats that represented about twice as much of the carcass weight only contributed 26% of overall carcass meat value.

This out-of-balance situation points out a need to add value to end meats, and the first step is determining whether end-meat subprimals can best be marketed as fresh or precooked. That’s why the CAB Program funded this study.

The OSU study looked at 150 steer carcasses at a major Midwestern packing plant, representing equal parts USDA. Select, Choice and Certified Angus Beef carcasses. Six subprimals (loin, sirloin, clod, knuckle, inside round and flat round) from each were removed and aged to 14 days, after which inch-thick steaks were cut from each, vacuum-packaged and stored at –20oF.

Averaged across all six subprimals, WBS values were lowest (most desirable) for Certified Angus Beef steaks, highest for Select steaks and intermediate for Choice steaks. The Select steaks were more variable in shear force than Certified Angus Beef or Choice steaks. Stratified by subprimal, strip loin steaks were most tender, yet also the most variable in tenderness. Top butt steaks had the highest shear force value of all the subprimals. Clod steaks were more tender than steaks from the round, but those from the knuckle, within the round, were most consistent in shear force.

Not surprisingly, the sensory panel rated strip loin steaks more tender than all other subprimals. Certified Angus Beef steaks were the most tender, followed by Choice and then Select steaks. Juiciness, beef fat flavor and beef flavor intensity were all affected by quality level, Certified Angus Beef and Choice steaks rating higher in those attributes than Select steaks. Differences in connective tissue were only detected by subprimal. The panel said the round flat had the most connective tissue, followed by inside round, top butt, knuckle, clod and strip loin.

The strip loin steaks had the highest juiciness scores while inside round and top sirloin butt steaks were driest. 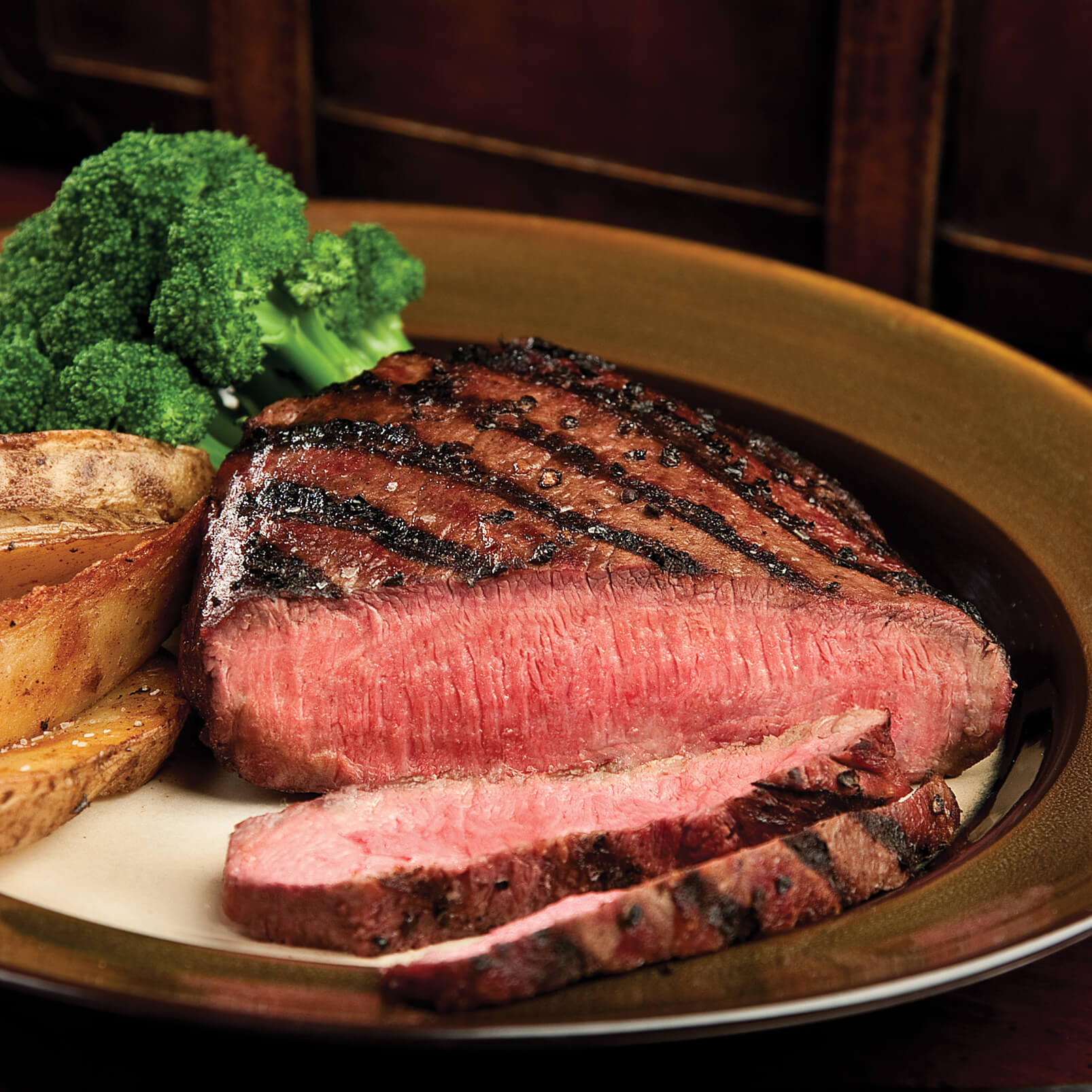 The OSU data show that only 2% of the Certified Angus Beef steaks were classified as slightly tough or tough (98% tender), while 10% of commodity Choice and 25% of Select steaks fell into this category.

The Certified Angus Beef steaks were also 6% to 18% more consistently tender, the least variable in shear force for all six subprimals.

OSU researchers explored the relationship between tenderness in strip loins and tenderness of other muscles, finding little correlation. However, the scientists noted, part of the low predictability may be due to that uniformity of shear force for Certified Angus Beef steaks.

They concluded marbling plays a larger role in improving the tenderness of middle meats than in end meats. If the industry aims to improve consumer satisfaction and demand for end-meat steaks, it needs to look into alternatives to the current quality grading system in predicting tenderness and palatability.