Just when does the lifelong road to excellence start?

For some, it seems it’s inherited as easily as blue eyes or a deep voice. For others, there’s a turning point, some life-changing event that causes a seismic shift in the way they do business or live their lives.

I’m always looking for the clues as I chat with cattlemen and women who earn CAB honors. My summer story trips have included these “Commitment to Excellence” award winners for more than a decade, and even though they all share some traits—work ethics, smarts, tenacity—it seems the path to quality is different every time. 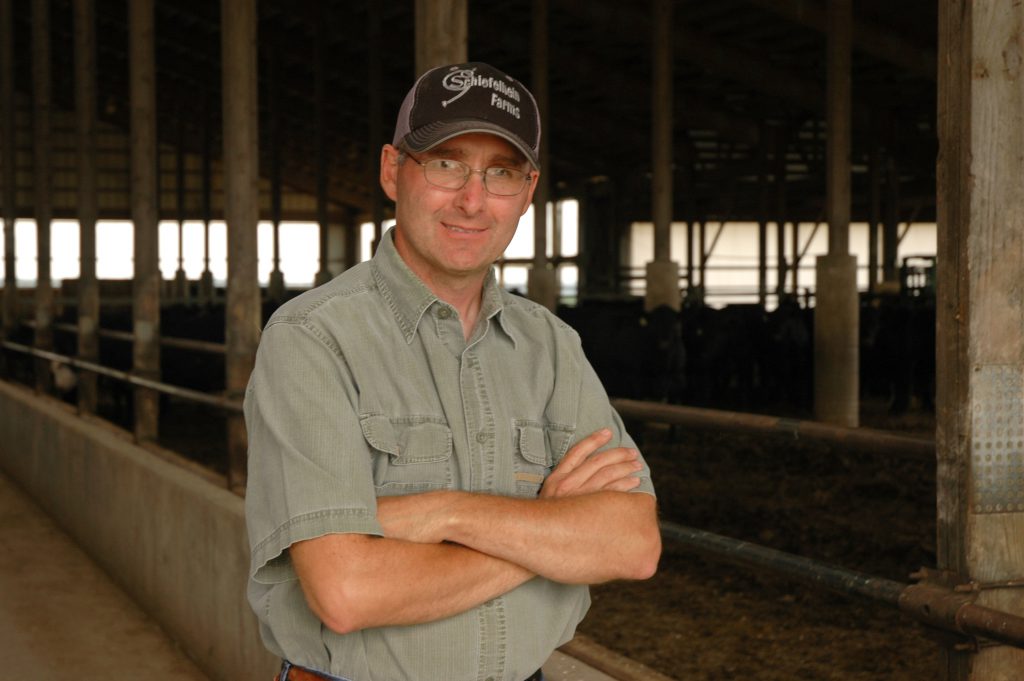 When the Schiefelbeins won the 2012 Seedstock Commitment to Excellence Award I started my day at their family meeting, seeing their teamwork in action. “Quality.” I heard it many times from each of the brothers, including Don who is pictured here.

When I visited the Schiefelbein family in 2012, they said it was a given.

So the eight brothers continued the tradition, using more technology and implementing marketing that would reward commercial customers for doing the same. 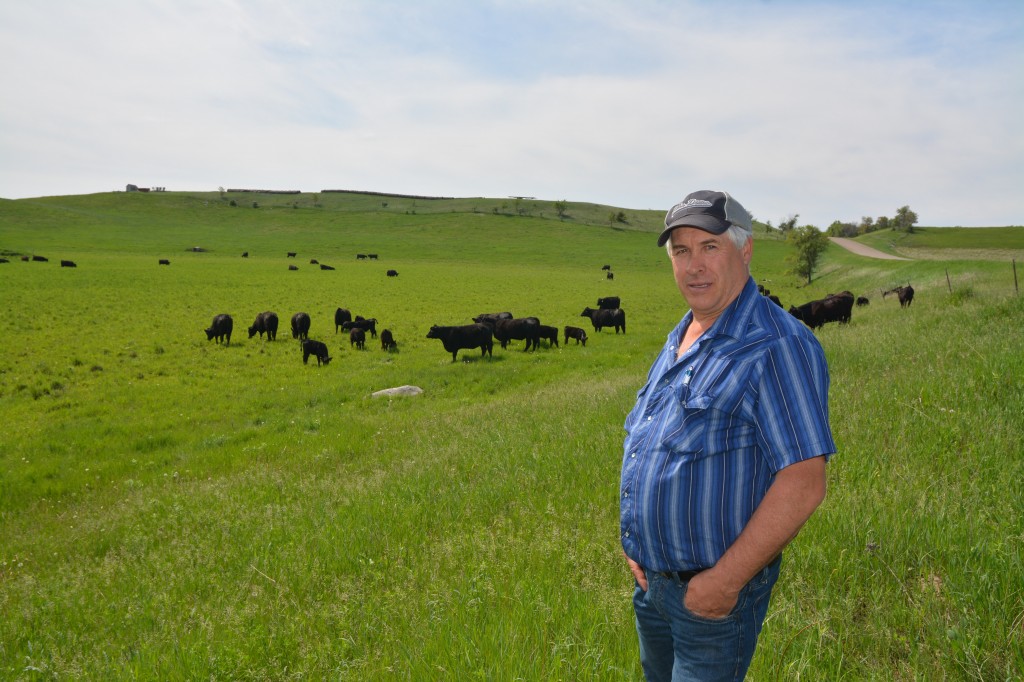 John Moes volunteered to be a real-life laboratory of sorts for the nearest land-grand university. They test breeding protocols and application of DNA technology on the commercial Angus producer’s herd.

In 2014, commercial cattleman John Moes said his dairy farm upbringing taught him the value of “sweat equity,” but it was a partnership with South Dakota State University that gave him the tools to make sweeping herd improvements in a shorter amount of time.

“You can’t just work hard to make a living anymore,” the cattlemen says, noting his widespread use of timed artificial insemination (AI) and DNA testing. “You also have to work smart.” 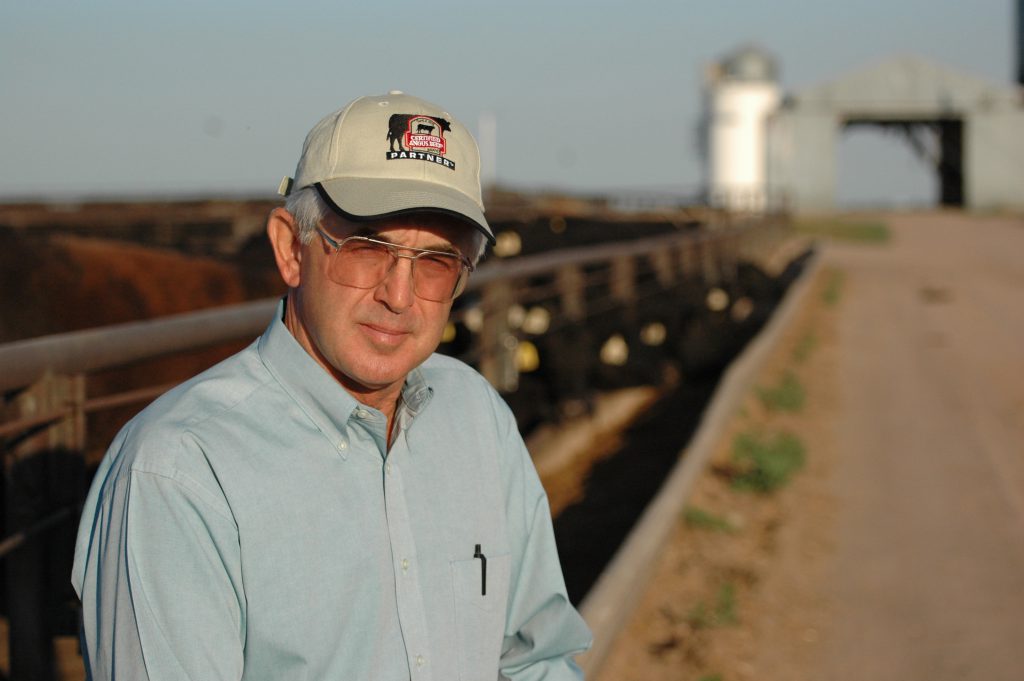 Sam Hands and his brothers operate Triangle H, a diversified farming and feeding operation near Garden City, Kan.. He won the 2009 Feedlot Partner of the Year honors. (Today that is called the Feedyard Commitment to Excellence award.)

In 2009, Kansas cattle feeder Sam Hands talked about the way his father brought he and his brothers in as equal partners from the start.

“We’ve made errors along the way, but we learned from them and kept working to make it better,” he says, noting that the cattle enterprise has always been a way to add value to their farm-raised feedstuffs. That doesn’t mean they’re an afterthought.

“We’ve got a unique product— it can adjust to a lot of different environments, a lot of different feedstuffs, and still put out the most nutritious, most sought-after flavor, but the consumer is boss and we’ve got to keep that in mind,” he says.

Do you know somebody who has taken an interesting path to quality beef production? Perhaps they learned from the “school of hard knocks” or maybe they found quality as the only way to bring back the next generation? Maybe they’re your genetic supplier or your cattle feeder? Or if you’re in the registered business, it could be your customer.

We are currently accepting nominations for our 2017 Commitment to Excellence awards, along with one Progressive Partner award. Read this to find out more about qualifications, but do it fast—nominations close Friday.

I can’t wait to find out who I get to meet next.

<
< 2020 >
March
>
Month
Month
List
Week
Day
We use cookies to ensure that we give you the best experience on our website. By continuing to use this site, we will assume that you are in agreement.OK