Fed cattle prices have steadily increased since the second week in September, adding roughly $7/cwt. to the short-term low at that time. Last week saw early trade mostly at $108 to $109/cwt., with a small amount of Iowa trade at $110/cwt.

While cutout values are certainly higher than a year ago, that is not what drove the market from $1 to $2/cwt. higher last week. Supplies of market-ready cattle are simply not as burdensome as they were just weeks ago. As a matter of fact, feedyard showlists from north to south across the major feeding states are smaller this week than a year ago.

This is anticipated to revert back toward more supply into the fourth quarter, because of large placements due to finish then. 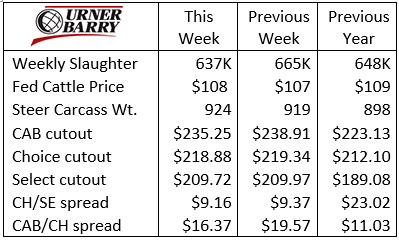 Even so, the pace of fed cattle slaughter will continue to play a role. Last week’s 637,000 federally inspected head count is said to be smaller due to scheduled packing plant cooler cleaning. The fed steer/heifer slaughter was 506,000 head, just 4,000 head shy of the same week a year ago.

Carcass weights continue their seasonal increase, but we may see a slowed pace of that increase, as it appears feedyards are in a better position regarding inventory of heavy cattle. However, dry and temperate weather in most of the feeding regions has enhanced cattle performance and daily gain through early October.

Beef demand is exceptionally strong. The past four weeks have seen higher total load counts sold in the Comprehensive Choice Boxed Beef Report than any of the prior three years. Certified Angus Beef ® brand sales for September 2020 are about 1% larger than last September, while the CAB cutout value last week stood 5% higher than a year ago. The Choice cutout followed, 5% higher than a year ago and Select up 10%.

The Choice/Select spread in last week’s Urner Barry report was just $9.16/cwt. as compared to a significantly wider spread of $23.02/cwt. last year at this time. This Tuesday’s USDA report pegged the Choice/Select spread at $12.49/cwt., a large enough gap to offer grid pricing incentive and a firm base from which to add CAB and Prime premiums.

The Certified Angus Beef ® brand wrapped up its 42nd fiscal year at the end of September. It’s been an unprecedented year with more challenges to the beef business than anyone would care to repeat.

The brand’s sales volume fell 6% below the prior year, making fiscal 2019 the third largest ever in tonnage volume. It was also the first time in 16 straight years that CAB sales volume did not see growth. While the smaller sales number is a bit disappointing, it is still the fifth consecutive year with over 1 billion pounds sold.

Keeping this decline in perspective, we can compare to the last time CAB sales experienced an annual decline. When the U.S. beef business was rattled with a case of BSE in December 2003, beef exports were sent into a tailspin for the following year. That major event clipped CAB sales by 13.3%, a far greater impact than this year’s 6% decline.

Smaller cattle supplies during the worst of the packing sector’s slowdowns hampered production tonnage this spring, pulling weekly CAB carcass supplies back to 75% of the prior year during April and May.

During that same timeline, foodservice and international sales declined by 72% and 64%, respectively. This rounded out the duo of limited supplies and partially limited demand.

Retail business picked up quite a bit, however, with grocery stores left to carry most of the load for a period in the spring. As such, domestic CAB sales to that sector surged with a short term increase of 44%, landing the annual retail number at an increase of 12.3% to set a divisional sales record. International and foodservice business for the year were each down approximately 22% in the annual summary.

Looking at the cattle supply again, there were some notable trends. The proportion of fed steers and heifers that were eligible for the brand (predominantly black-hided) increased to 68% of the total, up a small 0.6 percentage point for the year, but almost 7 points higher than a decade ago. The smaller total slaughter for the year brought total CAB carcass counts lower by 1.9%.

The backlog of fed cattle through the summer caused unintended carcass weight spikes and extended days on feed. This inevitably played a hand in bolstered marbling scores across the board, boosting CAB acceptance rates from mid-April through the end of September. With this in mind, we tip our hats in recognition of the annual increases in carcass quality grade trends thanks to cattlemen embracing market signals.

Wrapping up the last few months of the fiscal year we’ve seen some return to normalcy as beef demand outpaces a year ago, highlighted by both strong domestic and export demand. Foodservice continues to recover and our staff continues to reach out to licensed accounts in all facets of the business to share ideas and lend marketing and decision-based support. The brand has adopted a momentum-building mentality, and looks forward to more growth and impact in the year ahead.

Fourth quarter carcass cutout prices tend to be a bright spot for the beef complex. In the past three years the CAB cutout price increased 8% from the end of September through the third week in November, which tended to mark the seasonal high.     The charts show a strong seasonal increase in both ribeye and tenderloin prices, as end-users begin winter holiday buying. It’s also evident that current prices for both of those subprimals are already higher than in prior years. Tenderloins are dramatically higher, with prices heading higher much earlier than anticipated. 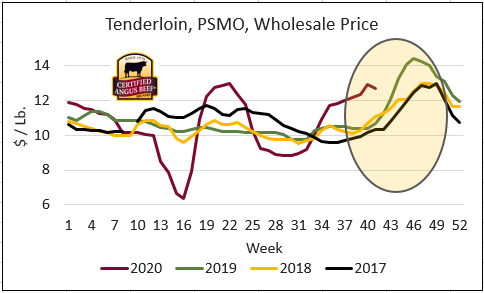 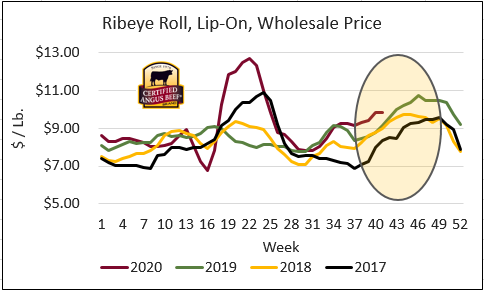 Upward movement in these two popular middle meats is generally accompanied by added seasonal price upticks for a few other specific items such as teres majors and tri tips. Cheaper roasting cuts from both ends of the carcass normally remain a bit more subdued in price until the calendar advances into winter, beyond the advance holiday buying period.

A reasonable expectation from now through mid-November is for cutout prices to move higher, simply based on seasonality. The weaker current relationship between fed cattle prices and boxed beef prices doesn’t guarantee a stronger fed cattle price based on what’s expected of the cutout trend. Cattle prices will still be largely directed by the supply of market-ready cattle. 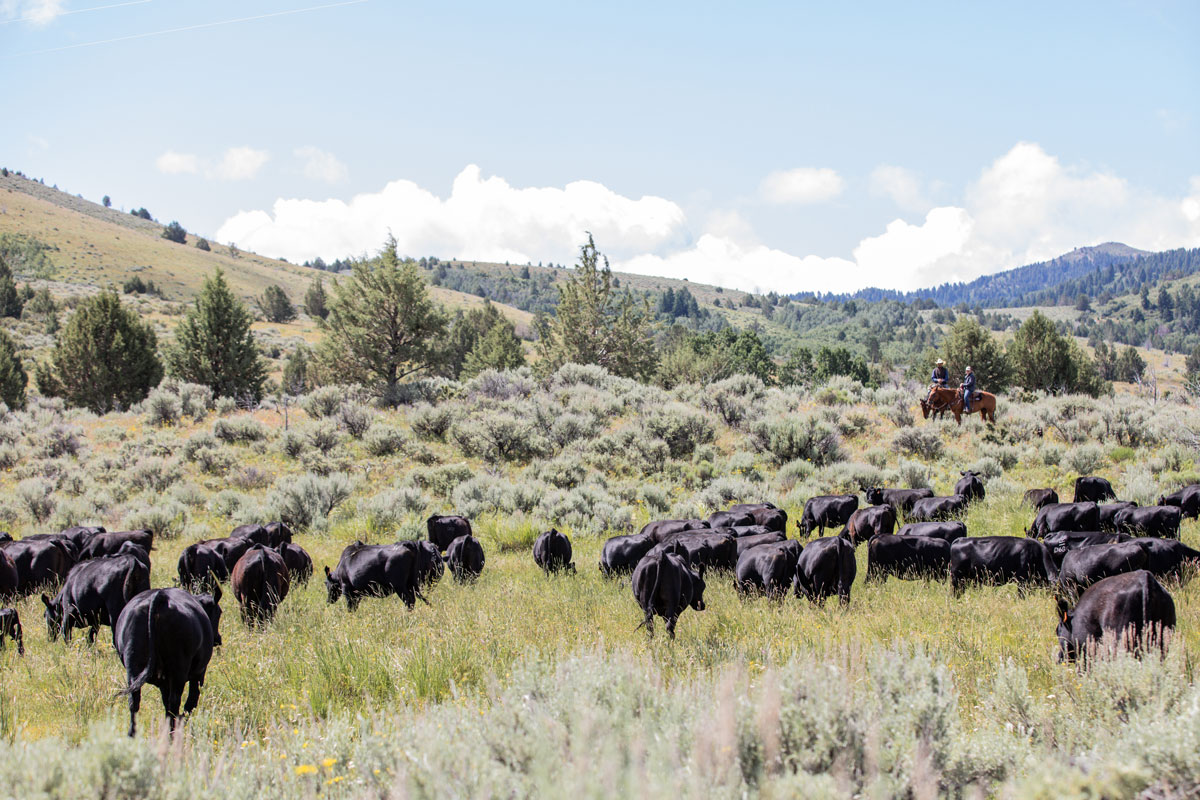 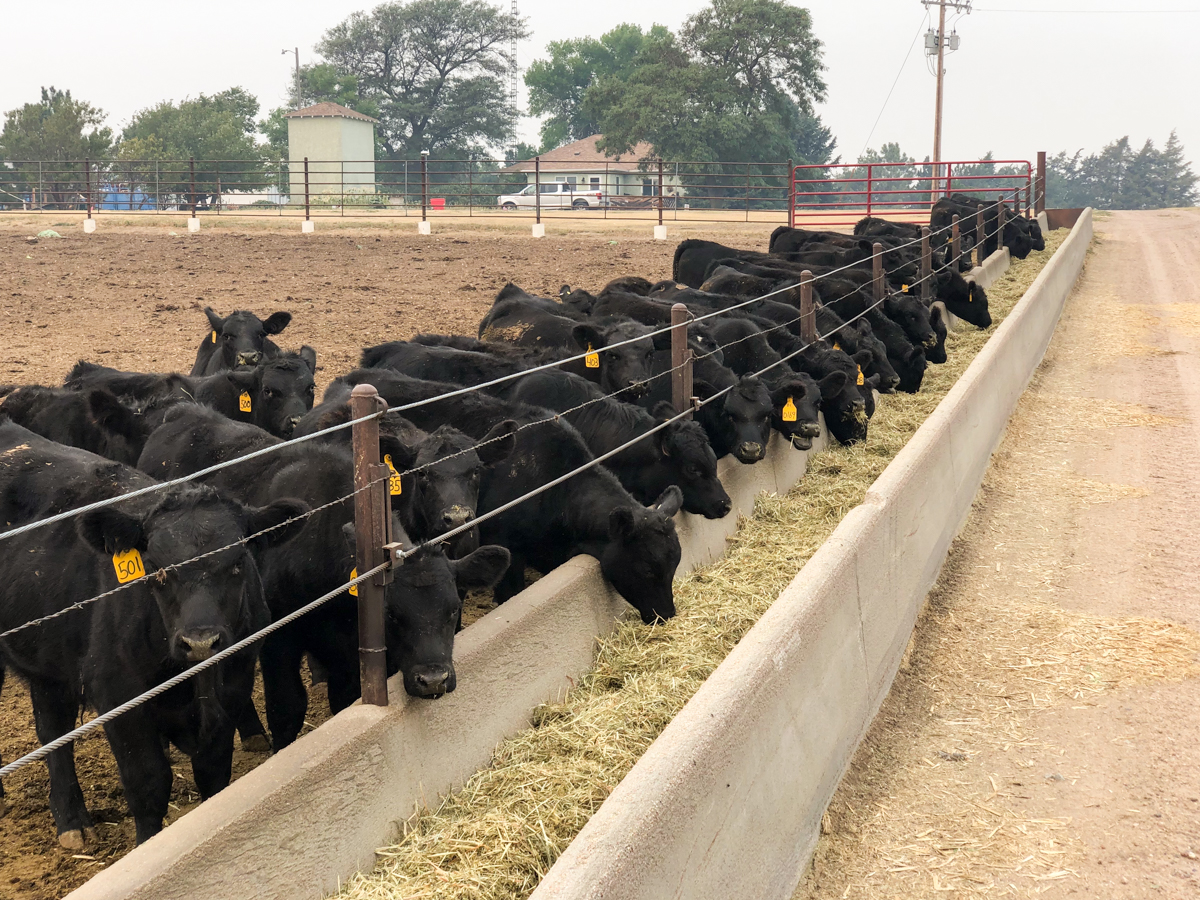 Spot market carcass cutout values are subject to anomalies. Protein buyers may take advantage of opportunities in seasonal shifts, market disruptions or other unexpected changes in supply and demand.