Catching up on those quality records

It doesn’t sound like a busy salebarn café or have the same ambience as a back table at the farm supply, but I’d argue that our weekly supply team conference calls are a CAB version of a coffee klatch.

We aren’t gathered around the same table (but video conferencing helps us feel connected!), we don’t talk about the weather every single time, we don’t even all drink coffee (I type while sipping a Diet Coke), but we do use it as our time to catch up on what’s happening in the beef business.

We talk projects and upcoming events and the markets. We share what we know from the week behind us and what we hope to know after the week ahead.

When I was on maternity leave earlier this year, I missed those conversations. I mean, I had a good reason and I wouldn’t trade Laney for a decade’s worth of calls, of course, but I felt a bit like an outsider. 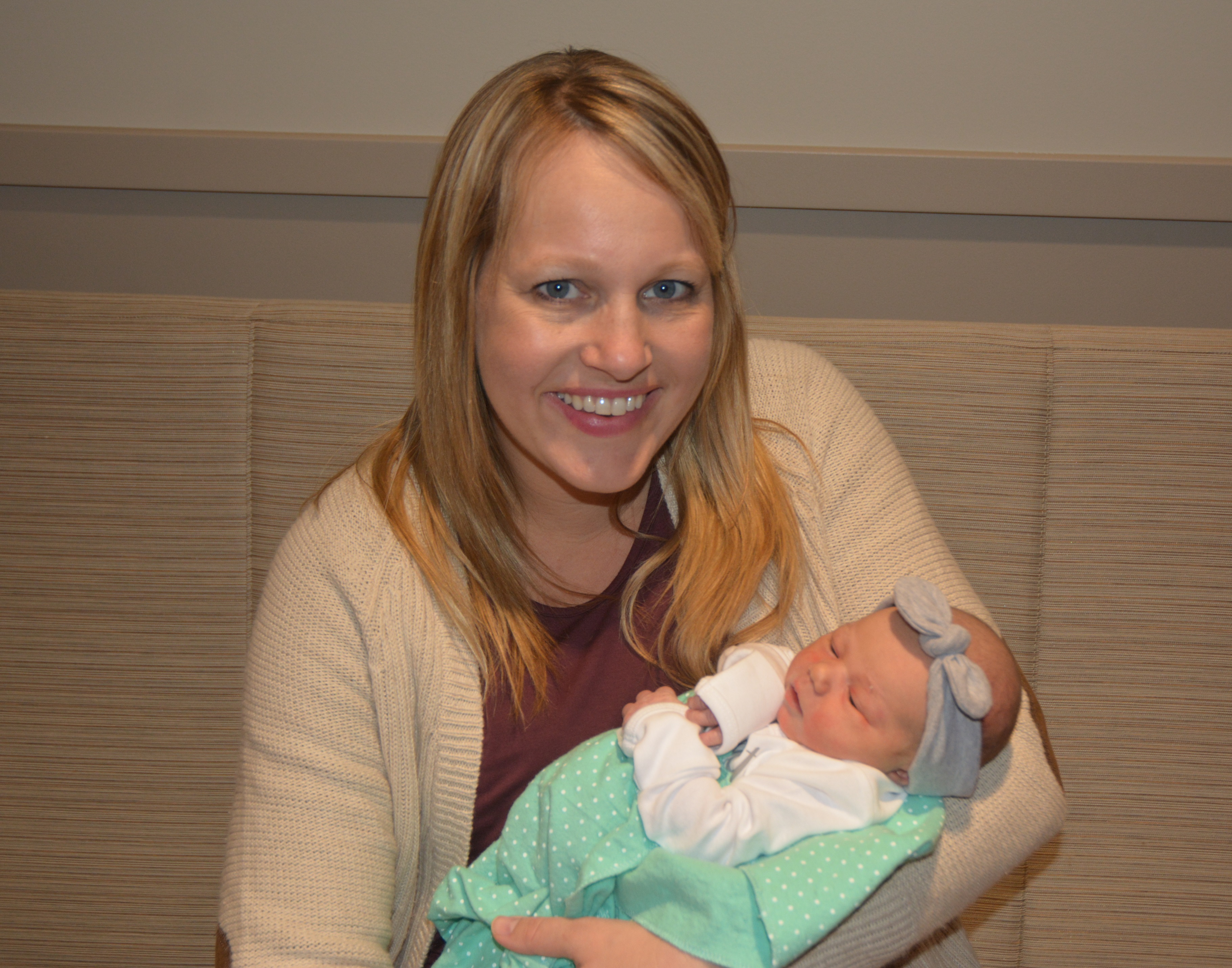 Our newest little Reiman was a good excuse for missing my team updates over the past several months, but it is good to come back to good news, too!

“Another day, another week, another record. This is fun.” The e-mails came several weeks in a row. In fact, the entire month of February, each week set a new all-time record high for CAB brand acceptance (the percentage of black-hided cattle presented to USDA graders for evaluation that made it into our brand). Choice and Prime percentages were breaking records, too.

But I didn’t get to hear about it on the call.

I wanted to know: Why now? Is this too much of a good thing? And, what’s the real impact of a percentage-point hike like that?

When I got back to full-time work last month, I called up Mark McCully, our vice president of production, to ask.

“The first question when we look at this kind of quality is, ‘Have we reached some point of market saturation?’ If we had,” he says, “that would be showing up in some really narrow Choice-Select spreads, and that’s just not what we’re seeing. We’re seeing that the demand continues to grow and that spread continues to stay strong.” 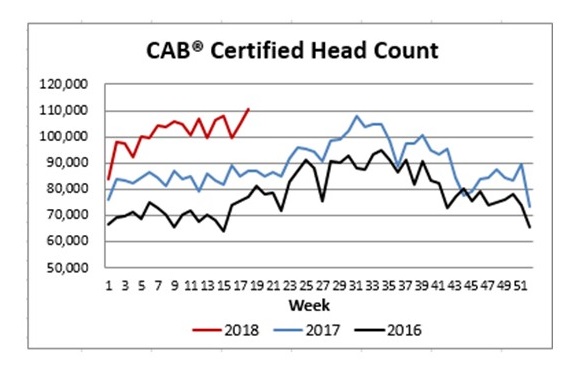 The first quarter of 2018 shows an added 13,000+ additional carcasses accepted into the CAB brand.

“The idea that we’ve matured or hit some sort of a quality ceiling, I understand why people say it, but I don’t believe the economic signals support that,” he continued.

“There’s a customer base out there today that’s now accessing high-quality products that maybe just never thought they could before,” Mark says.

And when you look at a greater slice of time, the story gets even richer.

“It’s a little bit unbelievable,” Mark said, as if he was reading my mind.

The only difference between this and a far-fetched coffee shop tale? This one is true and seems to keep repeating itself.

People want quality beef, they pay for it, and cattlemen continue to respond to the signals to produce more.