Earlier this week Mark told you a herd bull is a big investment, and getting more so all the time. Since you’ll be putting so many of your proverbial eggs into that one expensive basket, you want to make sure he’s the right guy for the job. But with so many numbers and figures to sort out, do you ever feel overwhelmed? 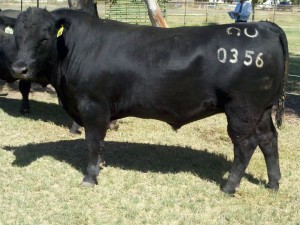 We get it. That’s why we asked Mark for his top tips for bull buying. Here’s what he had to say:

Will these bulls be used on heifers or mature cows? If the bull is going to be used heavily on heifers, more importance should be put on calving ease. That’s a priority, where it might not be at the top of the list if you’re breeding him solely to older cows.

He encourages cattlemen to consider the Calving Ease Direct (CED) EPD as much as the Birth Weight (BW) EPD because “it truly is a better indicator of the trait” they are trying to achieve.

Data is good, but EPDs are better. 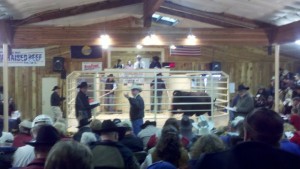 “Too many times,” he says, “an auctioneer will call out, ‘This bull has a 78-pound birth weight. Until I know what the EPD is, I couldn’t care less about his actual birth weight.”

While actual data — whether it’s a birth weight, an ultrasound scan or genomic results — is one piece of the puzzle, its usefulness can’t compare to EPDs.

“Those EPDs have all of that information in there,” Mark says. “Use them — they work.”

Think of the calves.

Of course, in any production management decision, the desired final product should be considered. What’s the hope or your plan for these calves?

Will they be replacement heifers, or go to the feedlot? If it’s a combination of the 2, Mark says the producer should take a balance trait approach and look at both maternal and carcass traits.

Even for cattlemen who sell their entire calf crop at weaning, it’s important to look beyond that point.

That’s why Mark is a firm believer in the dollar-value ($Value) tools, multi-trait selection indexes expressed in dollars per head that assist beef producers by adding simplicity to genetic selection decisions. The $Value is an estimate of how future progeny of each sire are expected to perform, on average, compared to progeny of other sires in the database if the sires were randomly mated to cows and if calves were exposed to the same environment.

He thinks the Weaned Calf Value ($W) and the Beef Value ($B) are especially significant to cattlemen. The first is a maternal index that takes into account birth weight, weaning weight, milk and mature cow size. The second represents the feedlot and carcass value of the potential bull.

While EPDs are one of the most valuable tools at a cattleman’s disposal,Mark urges producers not to forget the big picture.

“You’ve still got to go look at that bull,” he says. “Make sure you are comfortable with his structure, his disposition and how well he’ll fit into your environment and operation.

“The numbers, while they’re great, still don’t take into account some of these other traits that you need to be out there in the pen doing your own evaluation on.”

Want to read more about specific EPD recommendations for cow-calf producers who want to more effectively target the CAB brand? Check out our Best Practices Manual.