Built on a breed

Art and Stacy Butler shouldn’t be here. Hearty pioneers on the Oregon Trail traveled across the land they ranch on today and passed it by, sure there were better spots to build a life.

A wide-open slice of the West near Bliss, Idaho, Spring Cove Ranch is still rugged. Yet carved out of the sagebrush and hills is an oasis the Butler family built with registered Angus seedstock.

“When my grandpa homesteaded this place, there wasn’t a tree on it,” Art remarks from the shade of a Linden tree in the front yard.

When the first Angus sire arrived in 1919, no one could have predicted his legacy. Old, handwritten herd books trace the first pedigrees of the Butler herd to a time when cattle were traded for a saddle and a good meal. The yellowed pages reveal registration numbers with only 4 digits, traced as forebears of cattle grazing these high desert ranges today.

Self-proclaimed “number nerds” Art and Stacy inherited the craving for information documentation on their herd of 800 cows.

“Data collection, and specifically EPDs (expected progeny differences), are tools we’ve been able to use through the years to create the proper combination of marbling and function and form and maternal and feed—and whatever else it takes to make the Angus cow that’s going to survive on the western range and also produce a Certified Angus Beef ® (CAB®) steak,” Stacy says.

All their bulls are genomically tested with Angus GS and more than 60% of those in their annual sale earn the CAB Targeting the Brand™ logo, signifying breed average or above for the Marbling EPD and $Grid index. Each bull gets its own Spring Cove Ranch calving ease score that consolidates genetics, genomics and cow-family data to provide extra analysis on potential herd sires.

Each data point is an ingredient in a family recipe, combining numbers and science to create cattle that fit their ideals. The Butlers’ main goal is an Angus bull whose progeny thrive on the western range and have the carcass traits and growth characteristics to generate premiums for commercial cattlemen.

It’s a balanced goal equally focused on breeding cows that “keep us all in business” with strong maternal values.

The philosophy isn’t new. It serves a vision the Butlers held long before the market directly justified it, and it earned them the 2019 CAB Seedstock Commitment to Excellence Award. 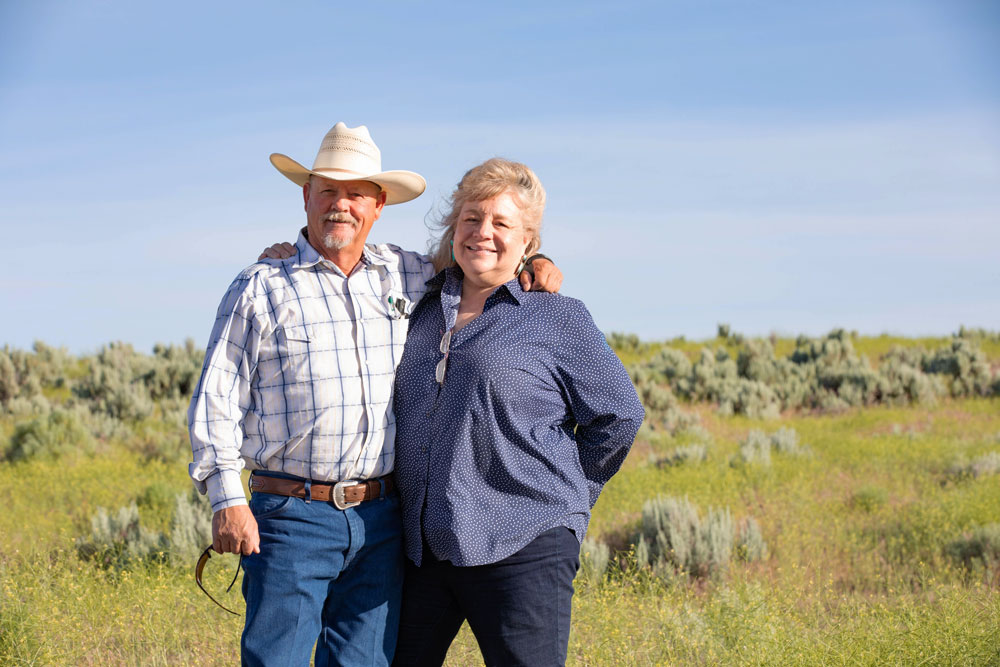 Before marbling was cool

Art was just 16 when he first benefited from breeding an animal with superior end-product merit. One of only two Angus animals at the county fair (the other was his sister’s), his 4-H steer graded Prime and yield grade 2. That first carcass data came with a lesson: His steer was selected as a special gift by the local packing house to send to the president of Allen Meat Packing Company in San Francisco.

“Someday we’ll get paid for the carcass traits in these cattle,” Art’s father told him.

A student at the University of Idaho when USDA lowered the grading standards in the mid-1970s, Art saw the industry moving toward a leaner product but kept steering his herd the other way.

“We were breeding to high marbling bulls, mainly because we wanted to improve the quality of the cattle and add value on the rail,” Art says. “When we started to market a few cattle on the rail in the ’90s, that’s what paid the bills, was marbling.”

It’s hard-earned knowledge he works to pass on to his bull customers today.

The cow and the carcass

“Marbling is something that you can add to these cattle no matter what size and what your goals are as far as productivity,” Art says. “I mean it’s a free addition basically. So, if you want to keep the cows moderate, you can still add the marbling and have something that’s satisfactory in the end, and targets the brand.”

Form, function and fertility come first. Art doesn’t preach single trait selection, but says those necessary traits are already built into the Angus cow. “It’s what has made her ‘King’” Art says.

The added value is that she can “go up in the rocks and cover the country” as well as produce an end product that is highly valuable — something vital to those who run cattle on public lands and in the vast, rugged West.

Some say great cows and exceptional terminal traits don’t happen in one package. Art and Stacy prove they do.

“The Angus cow has provided a living for the Butler family for 100 years,” says Stacy. “She has done so through droughts and storms and floods and diseases and generational differences and different genetics. Her resilience is paramount and it is legendary.”

They lay the accolades of what they’ve built at her feet, but credit data and targeted selection as vital tools along the way.

“Art and I absolutely embraced anything that had a mathematical calculation that we could use to improve the traits that we targeted,” says Stacy.

“That’s at the forefront of our minds since we started having our bull sale and selling as many Angus bulls as we do,” Stacy says. “Helping our customers market their cattle, and more than that, trying to help them get a premium for the genetics that they’ve invested in. The premium paid by the consumer at the end needs to trickle down to the cow-calf man that is actually producing that calf.”

“We’ve gotten huge premiums out of these program cattle,” says Rutan. “People are trying to buy them every year, and even in a down market they outperform their counterparts. I feel like Art has helped me a ton in marketing these cattle.”

A Spring Cove customer of more than 25 years, he markets his commercial cattle through video sales. Though he doesn’t retain ownership, he follows cattle performance, tracking health in the feedyard and how they measure up at the grading stand. His cattle routinely earn 75% CAB or higher. A recent group of 250 steers graded 65% Prime, 35% Choice.

“Art and Stacy have taught me more about Angus cattle than anyone on the planet,” says Rutan. “Our relationship has grown into more than the selection of premium genetics, but has impacted the way we sell and market our feeder cattle.”

“Cattle with credentials” like carcass genetics, source and process verification or Natural and other certification can help Western commercial cattlemen capture another bid and dollar, Art says. Historically, his program cattle bring as much as $67 per cwt. over the average black calf.

The dollars add up, for one customer all the way to $169,000 for a truckload headed east.

“I think a lot of people are thinking that maybe we’re going to saturate this market with high-quality cattle, but I think the demand is only growing and worldwide,” Art says. “A small part of this world today eats the premium product like we do and the others are now finding how tasty it is. They’re going to want more of it.”

The Butlers will be here with a ready supply of carefully selected Angus seedstock, continuing the work of converting forage from non-tillable lands into valuable protein.

A century after the first Butlers partnered with this land, it’s become a place few would dispute as a perfect home for ranching. The cattle are better and the land looks refreshed and invigorated compared to the black and white photos of times past. The next generation of Butler cowboys are learning the ropes as so many times before.

Art and Stacy look to the future with excitement, certain the next generation has good things coming.

Their family, philosophy and cattle have endured at Spring Cove Ranch, built on a vision of what is possible when the range and its perfect caretakers find exactly where they’re supposed to be. 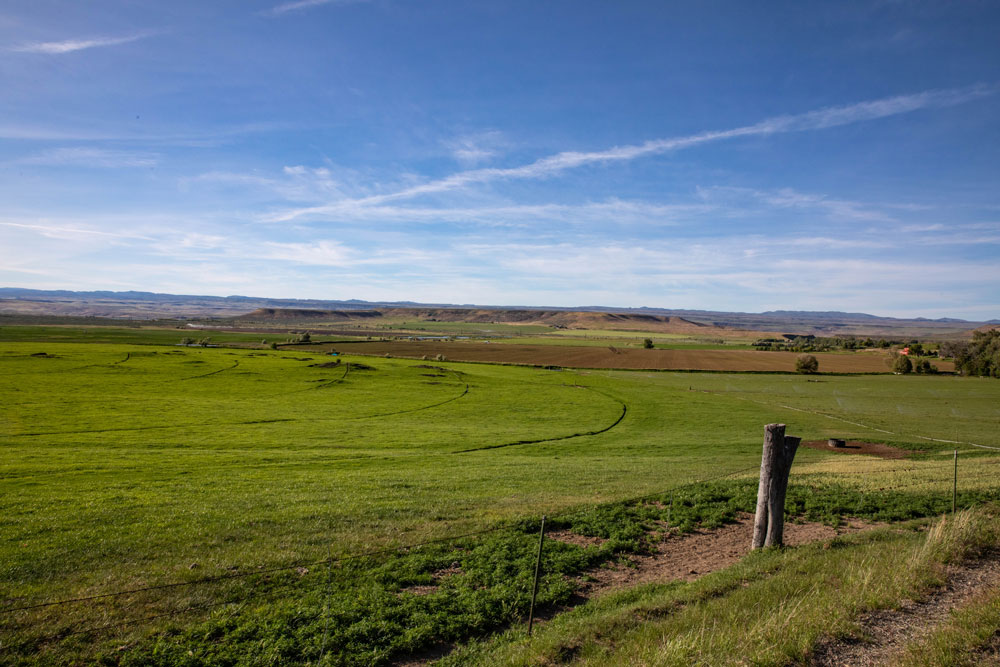 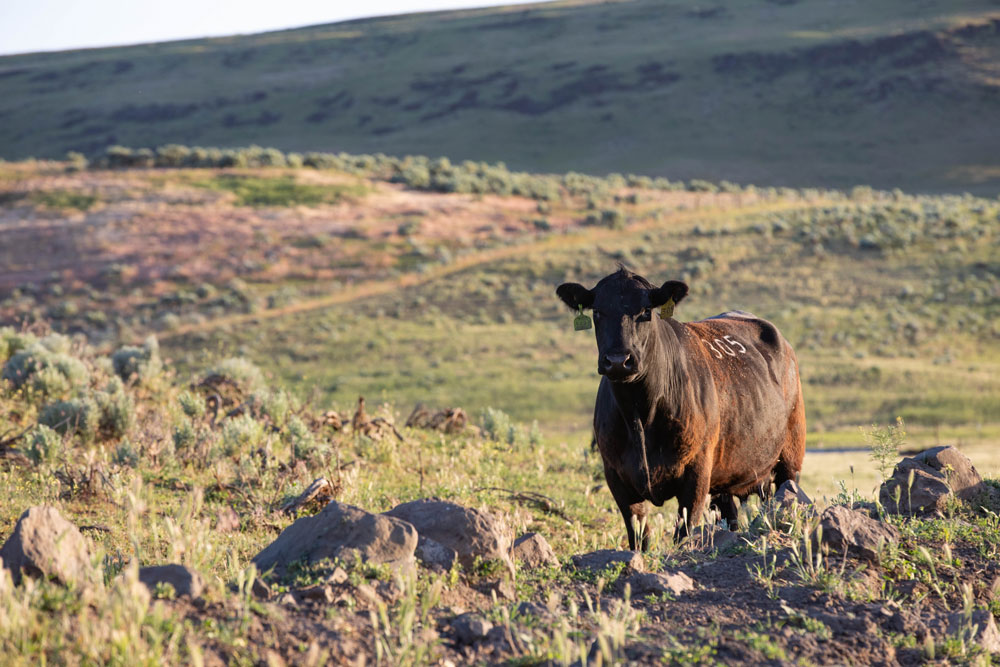 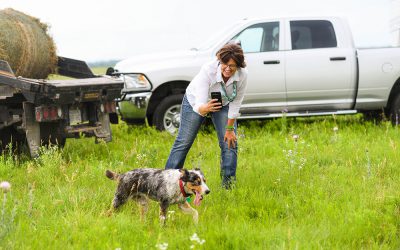 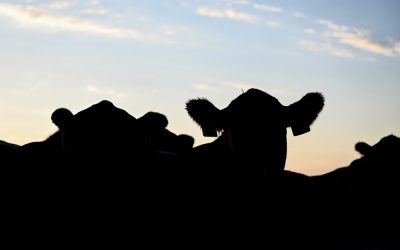 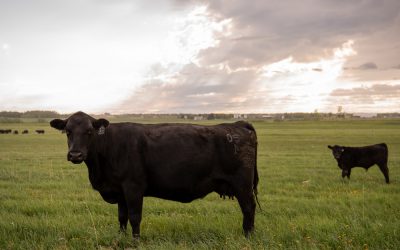 At the Table: The Code

Compound interest is the concept of making small investments over time add up. Depositing in the “trust bank” will keep the beef industry strong long term. This is our second installment of the quarterly “At the Table” column, authored by Nicole Erceg.