Breaking the ‘IF’ question

“If” is a big word. “If” can be daunting. “If” was used at the turn of the century in planning at the Certified Angus Beef ® (CAB®) brand.

“If we reach a billion pounds.”

The next question seemed unfathomable: “Will we reach 2 billion pounds?” There are no “ifs” anymore. It’s all about when. But can the industry respond?

“Yes,” says Mark McCully, longtime CAB vice president of production and current CEO of the American Angus Association. “It’s not a matter of arrogance. It’s a matter of confidence in Angus producers, what we’ve learned about demand, the growing equity in the brand and about this premium beef marketplace.”

Amazed at the industry response that led to the billion-pound level, McCully admits being a “huge skeptic” 20 years ago. However, given the rapid rise in beef quality in the last 10 years, producing and marketing 2 billion pounds of CAB product doesn’t seem that far away. The brand projects crossing that threshold by 2030. 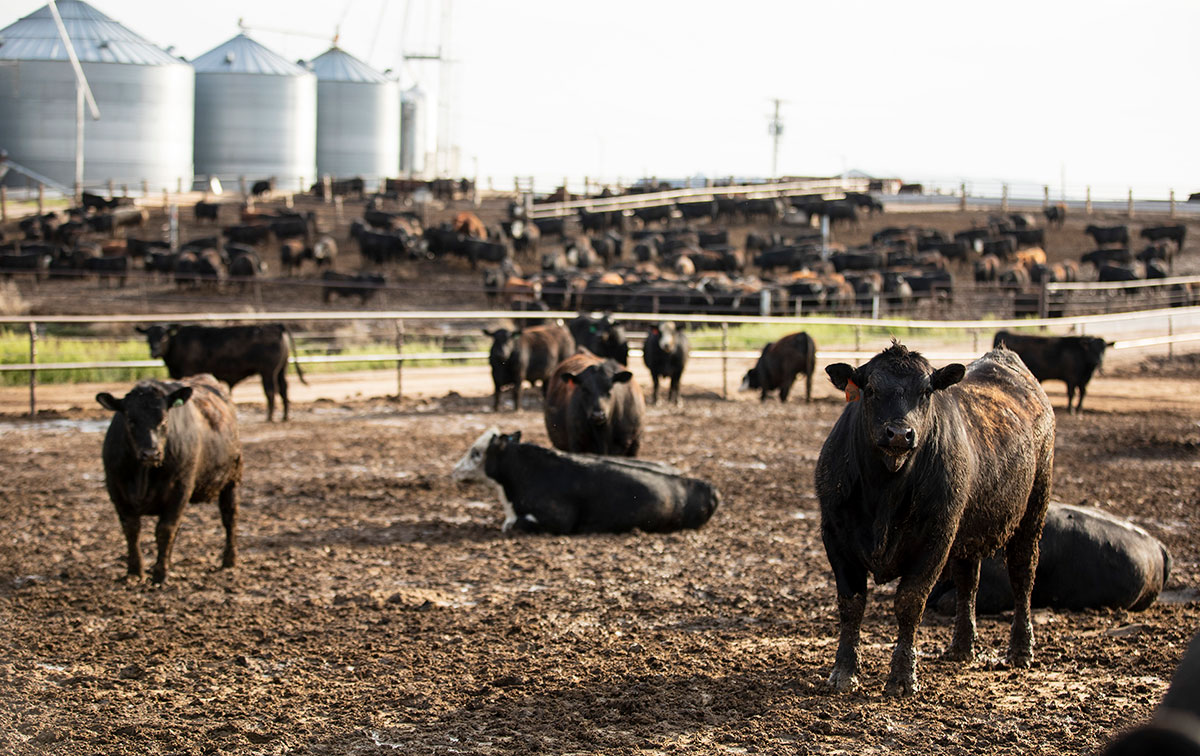 The obvious place to search for supply is through cattle numbers. Currently, Good says, the industry is in an extended expansion (sixth year) in the cattle cycle. If that peaks next year, history suggests the next decade will feature declining cattle inventory.

“We know brand supply has benefitted from the most recent herd rebuilding,” McCully says, “but that’s not necessarily going to be the case for the next five to eight years as we head into this cycle downturn.”

Good allows that, although this expansion phase of the cycle is “a little long in the tooth,” it could continue for another year or so before making that downturn. “Only Mother Nature and prices will determine that.”

That comment recalls the prolonged 16-of-18-year liquidation phase from 1996 to 2013 related to severe drought. But unlike those cycle years, the country is as clear of drought conditions as ever and prices are holding historically strong, the CattleFax analyst says.

The downfall? The opposite of drought has delayed corn planting across a wide area, but it’s too soon to predict a short- or long-term effect.

Assuming these weather issues are short term, McCully projects fed cattle supplies will peak at 26.8 million head and then decline by a couple million to the cycle bottom. At that peak, however, there should be 8 million certified head – the magic number to reach 2 billion pounds.

In the brand’s early days, supply was increased by simply licensing another packer, McCully notes. Today, 85% of North American packing capacity is licensed and expected to remain steady at that level. So where will the cattle come from?

The Angus influence has grown steadily in the last 20 years. In the 1990s, about a third of the herd was black hided versus roughly two-thirds today.

“I don’t see reaching too much Angus influence,” Good says, “but it all depends on what kind of Angus you’re talking about. Just like with other breeds, it all comes down to quality.”

Avoiding the too-much scenario means staying in the “sweet spot” between great quality grades and demand for premium beef. Good points to a strong correlation over the last 15 years between Angus genetics and better quality beef.

“Keep that on track and add a bit more muscle and there’s nothing to worry about,” he says.

Surveys show Angus influence in the North American cow herd has grown by a percentage point each year for decades, McCully says. But cattle are fit to their environments and in some regions that means crossing with Brahman or bos indicus not eligible for CAB evaluation.

“Even though we’ll see an increase in Angus type, it’s not enough to offset what we predict for a drop in cattle inventories,” he says. That could mean fewer head identified as brand eligible even with Angus influence at an all-time high.

The solution: increase the rate of brand acceptance, and that’s already happening.

“Quality and consistency equals better demand,” Good says. “The better product we have as an industry, the more we improve overall demand… you’ve got ample supplies going forward as far as more cattle qualifying.”

McCully and Good say they see the quality and consistency coming from seedstock operations across the country. Their access to better genetic tools have helped shorten the time it takes to see which cows and bulls produce the kind of calf that qualifies for the brand.

Their focus still includes selection for marbling, McCully says, and those genetics are going to be out in the commercial population in the next three to six years.

“There’s nothing that indicates a handful of years from now we’re going to see anything other than a continuation of high-marbling potential in genetics,” he says, “especially after another generation of selection pressure.”

Beyond quality and head counts, there’s another variable in play. As brand sales keep growing and supplies become tighter, the carcass utilization (pounds sold from each) will rise. It’s been a struggle in recent years of rapidly increasing supply to maintain high carcass utilization, but McCully says demand will take care of this in the future.

“Demand has kept pace with supply, and we have every reason to believe that will continue,” he says. “Access to more product has helped us grow demand in a significant way over the past five to 10 years, and we think that will be the case in the future. When we have more supply, it allows us new customers. We can access new markets.”

That should keep up the premium value spread between CAB and Choice beef.

All of that points to sales of more than 2 billion pounds of the brand by 2030 or sooner.

McCully admits no one has a perfect crystal ball, “but it’s fun to think about what it could look like.”

Just as weather affected the last long cattle cycle, a severe winter followed by severe flooding and a wet spring in the Midwest affect the heart of cattle and corn country.

Other genetic trends could take hold, too, but it’s nothing that the Angus industry needs to worry about immediately.

It took almost 40 years for CAB to reach a billion pounds, but now 2 billion could be less than a decade away.

“Every indication is that when we produce 2 billion pounds, there will be healthy demand and consistent premiums paid for it,” McCully says. It’s up to each producer to decide if they will be part of that supply chain. 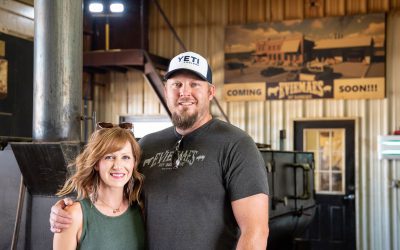 The son of peanut farmers, Arnis Robbins never had a barbecue business on his radar screen…until life changed and his passion was born. Today he and wife Mallory cook up to 300 briskets a day in their Lubbock, Texas, establishment named after their daughter. 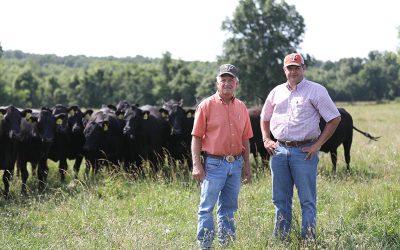