There’s often a shared understanding among cattlemen. In a career that comes with some of the highest highs and the lowest lows, you need only breathe a word of a specific tragedy or triumph and others just know.

But conveying that to a ballroom filled with 700 people from packer to processor, retailer to restaurateur? That takes building on common ground.

It’s an important role producers had at the 2019 Certified Angus Beef ® (CAB®) brand’s annual conference in Asheville, N.C., in September.

“This conference has evolved over the years into a meaningful annual gathering,” said CAB President John Stika. “Special because it literally brings together an entire community of people from farm to plate, each one of us necessary to deliver this brand to the tables of consumers around the world.”

In between motivational speakers like former Blue Angels pilot John Foley and important sales-marketing inspirations, producers took to the stage to share some humanity from cattle country.

Kansas Angus breeders Chris and Sharee Sankey and Neal and Marya Haverkamp represented the “Brand the Barn” campaign in a live interview.

The Sankeys grew up in the Angus business. Married the year the brand began, their son and daughter were raised in “the Angus family,” Sharee said.

A big part of that was the show ring, which Chris said is to the cattle business “a bit like NASCAR is to the auto business.” He added, “We all like to compete at something.”

Neal shared the many uses of their barn, from processing cattle, to calving and even office work. He said they’re excited to showcase the logo on it because of what CAB means to them.

“It’s important because first of all, it gets us a premium for our cattle, but it builds demand for our bulls along the way. And that’s the focus for our operation,” Neal said.

He started his herd in high school, but when Marya entered the picture, she shared his dream. Watching her husband do what she knows he’s meant to do?

“It’s overwhelming,” she said, before adding some levity. “Now don’t get me wrong—on the days we work cattle, I have to remind myself I love him, even though I don’t really like him right now. But my heart is full when I see him helping the kids and it’s full circle.” 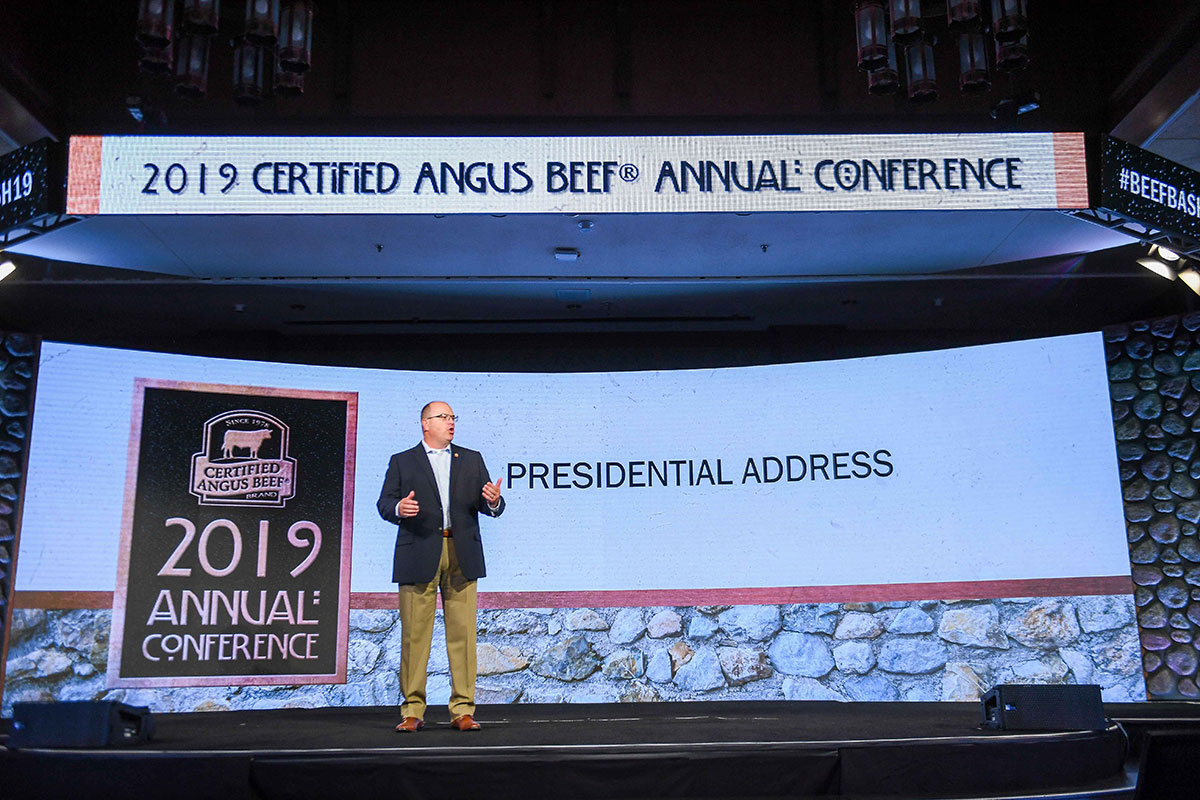 The session brought to life pages from the new book, “Sheltering Generations: The American Barn,” set for a December release. The coffee-table tome is full of photos and stories of the families who own 40 barns painted with the CAB logo in 2017 and 2018. Every penny from book sales will go to support a new Rural Relief Fund that lets CAB contribute to organized efforts during times of natural disasters such as floods or wildfires.

South Dakota cattleman Troy Hadrick shared a slice of what it’s like to literally weather a storm, describing this April’s devastating blizzard on his Faulkton, S.D., ranch.

Videos and pictures on the main screen showed the conditions, while Hadrick conveyed the heartache.

“You’ve got this unwritten, unspoken contract with your cows that you’ll take care of them and they in turn take care of you. We didn’t save them all, but we did the best we could,” Hadrick said.

During the storm, his wife Stacy and their three kids were all working together to save calves, digging their way over to the calving pasture and back home, riding in the bucket of the tractor looking for babies to bring inside. After going through the night, they took a quick reprieve to warm up, and Hadrick told the kids to get something to eat.

“Whatever you want, you want ice cream for breakfast? I don’t care. Find a candy bar, eat it. You just, you got to get something in you,” he recalls. That’s when Hadrick looked over and saw his daughter, head in her hands, sobbing. “We had just pushed her a little too hard. She was kind of emotionally and physically exhausted.

People could feel the sentiment, many were moved to tears.

But it wasn’t just about showing who ranchers are, it was about explaining what they do.

Henderson said they hit a turning point when a range specialist visited their Childress, Texas, ranch in 1995.

“At the end of the day, he made a comment that cut to the bone,” Henderson recalled. “He said, ‘This is the most under-stocked, overgrazed ranch I’ve ever been on.’ That’s not what you want to hear as a rancher.” 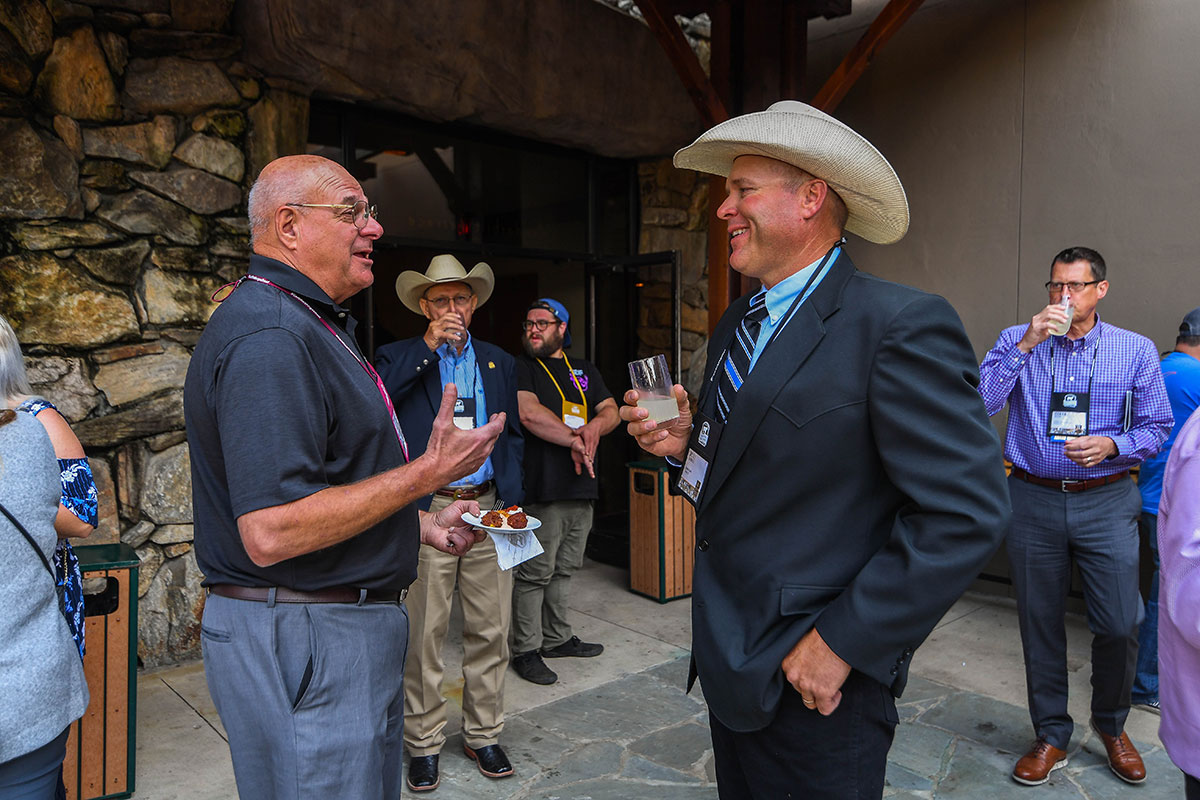 Ulrich had his own stories of fencing out creek beds and introducing contour strips on his Pennsylvania farm ground. Jones described collaborative work at his feedyard’s education and research center, and building up the next generation through internships.

Place put the numbers and media hype in perspective.

“In 2018, it took 36% fewer cattle to make the same amount of beef as we did in the 1970s,” she said. “Those are huge reductions in the amount of greenhouse gas emissions, the amount of natural resources, everything else it takes to make it a really high-quality product.”

The panel took questions from the audience, addressing the ideas of eating local, land use for beef production and even cow farts.

“It all comes up the front end of the animal,” Place said. “The gas that gets produced is methane gas and methane is a greenhouse gas…” but it’s a compound that is easily broken down in 10 to 12 years. And with a fairly consistent number of cows in production over that timeframe, the beef industry isn’t increasing those emissions.

“It’s kind of like the idea of a bathtub. You’ve got a single water level. If you get water coming in and going out at the same rate, the level is going to stay constant,” she said.

There were more questions than time to answer, but the entire conference encouraged one-on-one interaction among people from different parts of the beef business. Conversations continued in the hallways and during shared meals.

“I really believe this brand was the lead that changed what was going on in our market,” said Randy Blach, CattleFax CEO, during his market update. “Somebody had to say we are not going to be an ingredient. We have a story to tell.”

Since 1998, consumer spending on beef has increased by $62 billion, more than the increase in outlays on pork and poultry combined, he said.

“There are some out there who will make you think people have quit eating beef. We have record consumption in the U.S.,” Blach said, and beef quality is the highest it’s ever been.

That helped supply the brand, Stika said, which hit a record 1.25-billion pounds of sales, with 3.1% growth for the fiscal year ending in September.

“What I continue to find absolutely energizing about this event every year is that when you bring this many people together in one place focused on one brand, there arises a creativity, a momentum that fosters great ideas and only serves to further fuel an even-stronger pursuit of excellence moving forward,” he said.

A shared understanding of a shared goal. 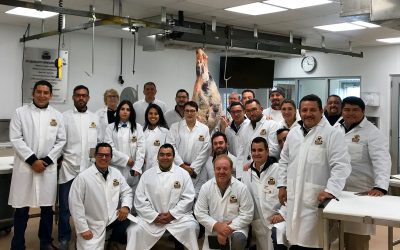 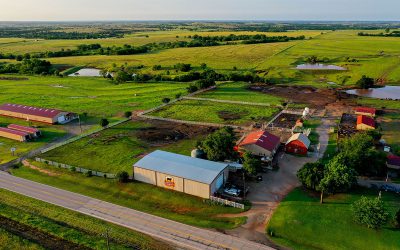 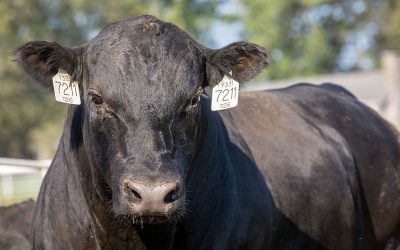