As the Brand the Barn intern, I’ve attended a lot of barn celebrations this summer (18 to be exact). Each time I’m struck by the variety of people in attendance. Sometimes, it’s a seedstock operation and bull buyers attend. Other times, it’s a closeknit group, just family and friends. On occasion, we get licensed partners and restaurateurs.

In Otwell, Indiana, I met a character who stood out. His presence felt special.

In his late eighties, he towers well above 6 feet tall. Wearing a white cowboy hat, a crisp button-up and pointed-toe cowboy boots, some of his first words of the day were, “Well, hello there honey!” in a slight Southern drawl.

Jamie and Kim Hoffman, owners of Hoffman Angus, lit up when he shook their hand. Then he made his way to me. 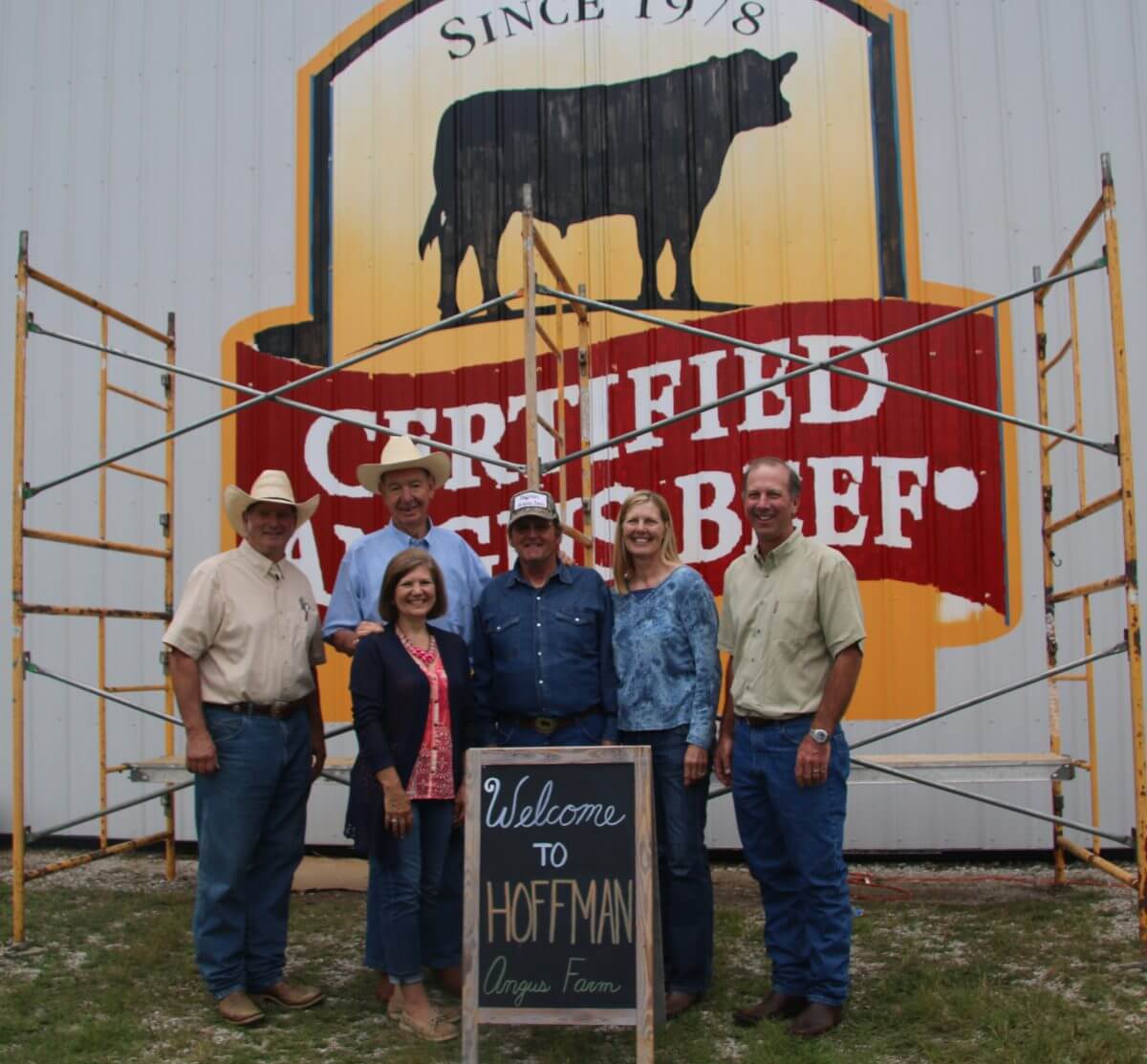 Bowen is a cattle buyer, and has been since 1955. He’s combed through thousands of head of cattle in his lifetime, with no intention to stop any time soon.

He was thrown into the world of livestock buying when he took his first job at Fischer Packing Company in Louisville, Kentucky.

He learned quickly in the field what types of cattle would result in good quality beef.

“I had to really pay attention,” he says. “A lot of times in auction houses you’ve got about 30 seconds to decide on a price. You have to analyze the weight, age, degree of finish and potential yield.”

McKinney became rather good at his skill. He consistently purchased groups of cattle that did well on the rail. So good, in fact, that he attracted the attention of other packing companies.

“Mr. Dawson owned Dawson-Baker Packing Company,” he recalls. “One day he told me that he was tired of losing cattle because I would buy them first. So the only way to stop that was to hire me,” he says with a chuckle.

The job at Dawson-Baker provided McKinney with a whole new perspective: carcass data.

“Not only did I get to see the cattle on foot, but I also got to see them on the rail and that really helped me to know what to look for,” he says.

When Bowen was buying cattle, the packing plant averaged 90% Choice and Prime. “We didn’t want to buy cattle just to buy them, we wanted good cattle. Cattle that would grade well and cattle that could meet Certified Angus Beef ® standards (CAB).”

That’s what started the relationship Bowen has with the Hoffman family, commercial Angus producers in southern Indiana. 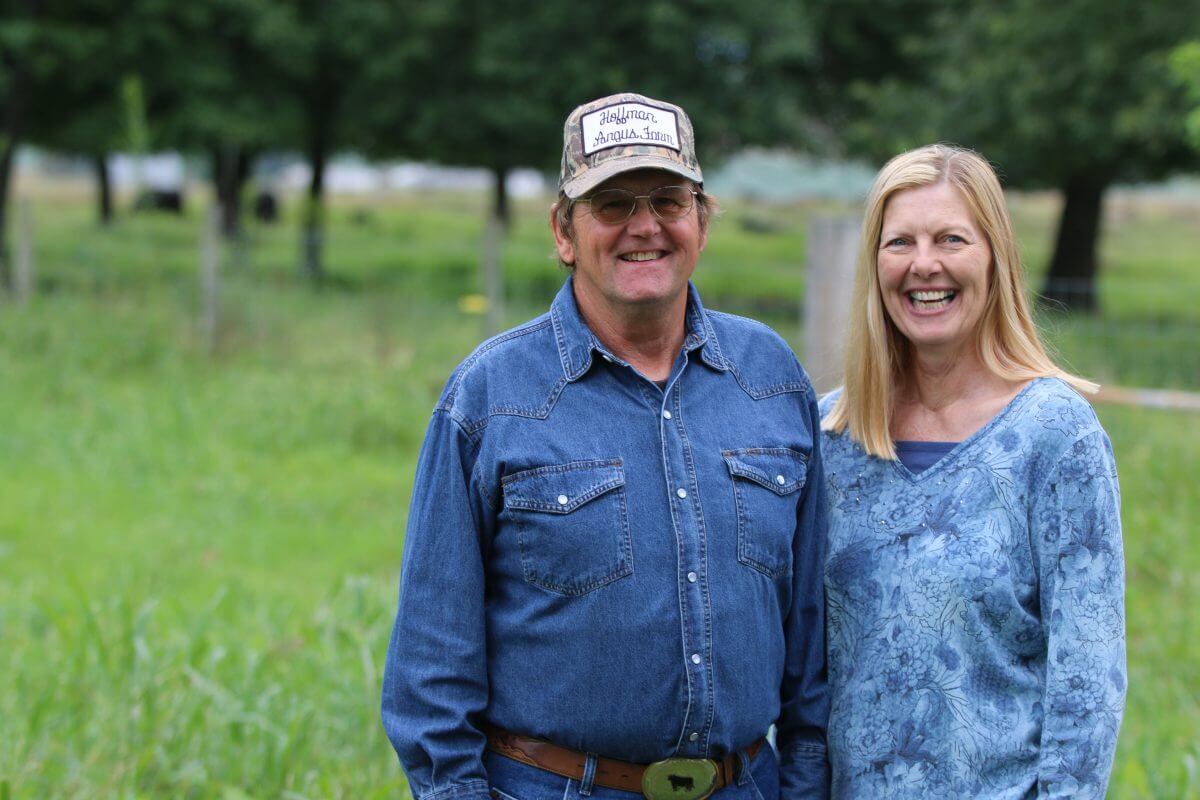 Bowen frequently visited the Hoffman Farm, commercial producers he could “count on to have the best cattle.”

He still remembers one of the first loads of cattle the Hoffman family sold shortly after CAB had been established in the late 1970s: “They brought me 36 head of cattle, 35 of them graded either CAB or Prime. I could always rely on the Hoffmans to send me high-quality cattle, and they [starting with Jamie’s dad Albert] have been raising the best for over 50 years. That’s saying something.”

At a time when other cattle reigned king, Bowen wanted the Angus cattle fed in southern Indiana. The quality ensured that the packing plant would also uphold a reputation of quality with their customers.

The premiums Hoffman earned kept him on the same track. Today, he hits the target of 100% Choice or better, with recent loads earning 75% CAB, including 32.5% Prime.

“I was a guest speaker at a Kentucky Beef meeting once,” Bowen says. “I was talking about Angus cattle and why we liked that breed more than others. One of the questions a fella asked was, ‘What is the best cross with Angus cattle for better beef?’ I was a bit caught off guard but then realized it was a pretty easy answer,” he says with a grin. 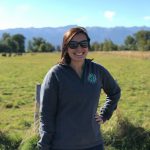 About the author: Brianna Gwirtz

Brianna Gwirtz is a former intern turned full-time employee at CAB. After graduating from Ohio State and spending the summer working with farmers and ranchers as the Brand the Barn intern, she is excited to be able to write and share stories of high-quality cattle producers.