If you have kids or pets, it shouldn’t be that hard to disprove this morning’s myth. You know that two people, or animals—even with the same lineage—can be as different as night and day. (Quick example: At 2 ½, my oldest will talk the ear off a stranger, while my 1-year-old daughter refuses to leave my arms in a new place.) The same thing goes for pets. Yet, we still get this one all the time:

Myth—Cattle are cattle. There’s really not much difference from one herd to the next. 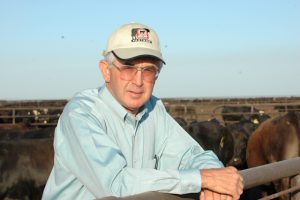 We looked at 8 years of data on more than 25,000 cattle that went through his family’s feedyard. It showed a $459-per head difference,on average, between the top and bottom cattle in any given pen. I don’t know about you, but to me that’s a lot money and I’d sure rather own the cattle on the top end of that spread. Average daily gain (ADG) varied by 2.82 pounds per day, but more than half of the value difference was due to carcass quality. So, what’s under the hide does matter. A lot.

“Genetic selection, calving season and health programs are the main sources of variability on the ranch,” Sam says.

They sort cattle before marketing to help increase uniformity and better hit grid windows, but he still says, “No matter how much we try to do here, all the work done by the producer to reduce variability helps make it work better.”

He has firsthand experience knowing what can be done at that level, because he also wears the hat of a commercial Angus producer. 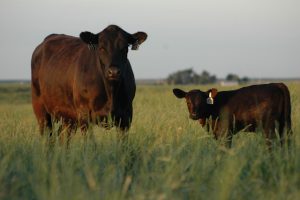 The starting point is in the genetics he mentioned. He went with Angus to improve grading and bring mature cow size down, even though he was worried about jeopardizing the built-in performance he already had.

He’s quick to point out that’s because of the specific genetics they use.

Not all cattle are created equal, and that includes bulls. Luckily, the American Angus Association has plenty of tools to help evaluate those differences. The Dollar-Beef ($B) selection index, for example, combines post-weaning performance and carcass traits. Comparing the progeny of bulls in the top and bottom 10% for $B shows a wide variation. Bulls in the top tenth produced triple the number of Prime and Choice carcasses as the bottom tenth. That’s good news for those paying attention!