Nobody can say exactly when the Certified Angus Beef ® (CAB®) brand reached the tipping point. It could have been in the mid-1990s when packers started paying premiums, or in 1999 when feedyards first partnered with the brand, or the next year when annual grid premiums tripled to exceed $26 million. It could have been the bullet-proof sales performance in the 2008-09 Great Recession, while Angus marbling genetics first lifted brand acceptance through its 30-year ceiling of 18%, on a trajectory to 36%. “Each milestone is a critical step,” says CAB President John Stika. “But each one only led us to something even better for our thousands of partners and millions of fans around the world.”Take those grid, formula and contract marketing premiums licensed packers have been paying cattlemen (see Chart 1). This is the first time those rewards have grown for six years in a row, still accumulating at nearly $8 million per month (Chart 2), on the way to a cumulative $1 billion.“That $92 million last year and the near-billion dollars over time was generated entirely from the world market and paid to farmers and ranchers because they earned it with planning and focus,” Stika says. 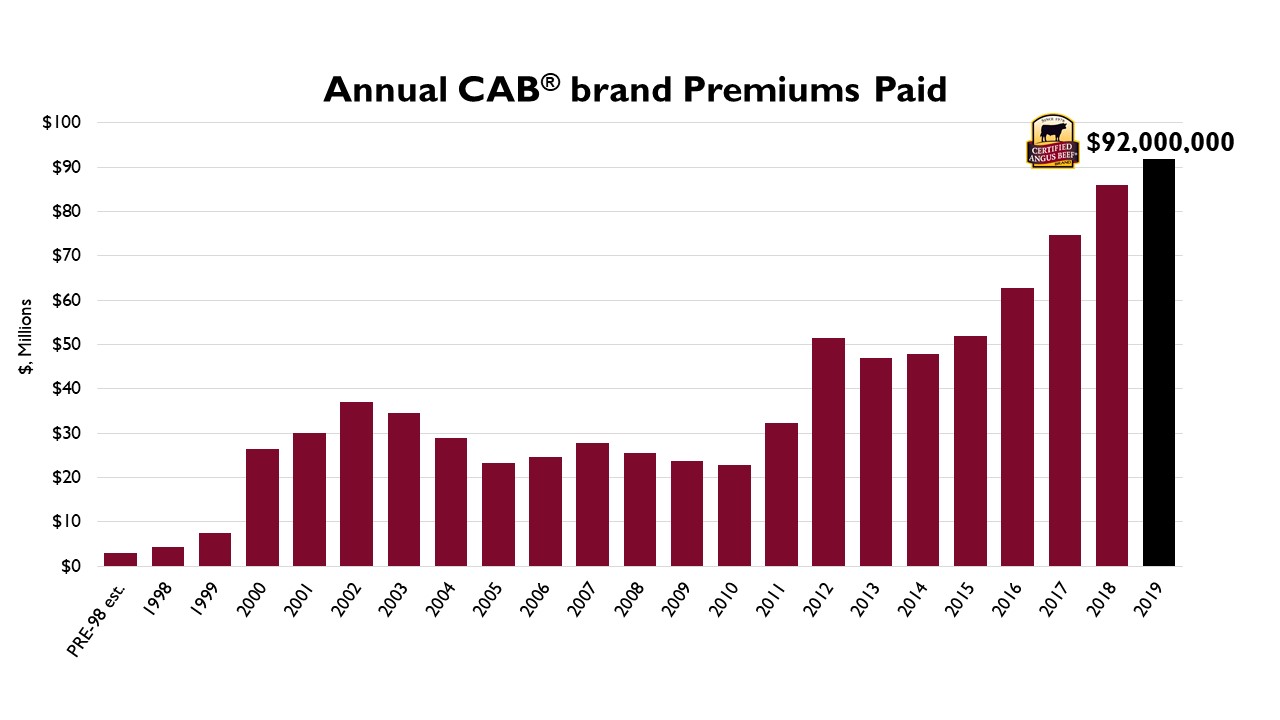 Paul Dykstra, beef cattle specialist for the brand since early on that premium path, says it took time to reach the current levels of supply and reward. Now those CAB dollars for Choice and Prime have a lot more ranchers factoring premium quality into their business plans.“Some have started partnering with feedyards on steers and developing more heifer mates to sell, backed by sibling genomic and carcass data,” he says. “New enterprises provide marketing flexibility since the cattle are worth more.”CAB Board Chairman John Grimes, Hillsboro, Ohio, graduated high school in 1979, near to the brand in time and place. Ohio State University classmates included future CAB staff, and one professor was the meat scientist who wrote the specifications.“I’ve been around it all my life, so I know how much work it took to get the brand launched,” Grimes says. “But then it was like the rocket ship of branded beef that sells more than a billion pounds a year with plans for 2 billion. Foreign markets will need to play a larger role in that, but it can happen.”As brand sales increased 45% in the last six years, CAB grid premiums increased at more than twice that rate. In response, Grimes points to the rise in cattle qualifying for CAB and its Prime brand extension. 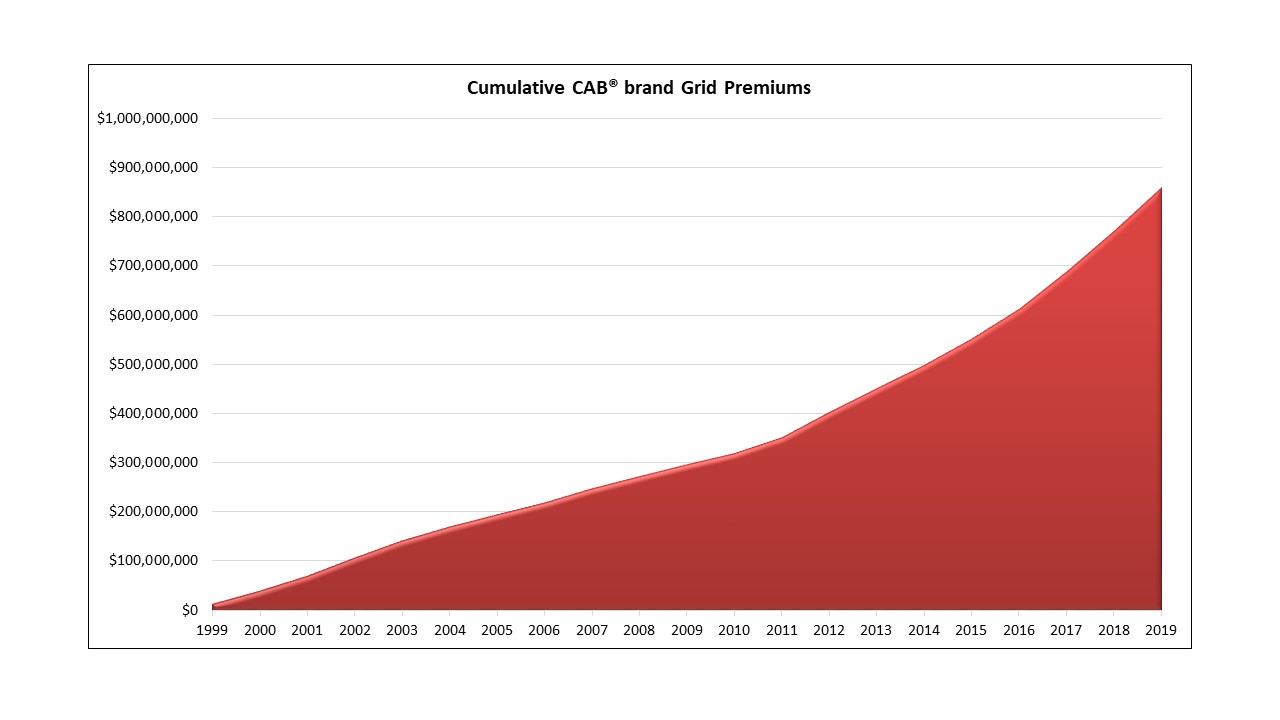 “The commercial sector got the message, about the time people were rebuilding herds with Angus after the drought,” he says. “There are rewards for producing premium quality beef.”Regardless of anti-marbling stories, no matter how often disproven by research, Grimes knows from experience that aiming for premium quality doesn’t hurt a thing.But many commercial producers don’t add marbling because their bull-supplier friend doesn’t offer bulls near breed average. Customers can either believe the folk tales and stay, or believe the science and shop around.That didn’t matter so much 20 years ago, Dykstra says, but it can mean a difference of $100 per head or more with the growing value and volume today.“It would be difficult to lose money on a grid with today’s Angus genetics,” he says. “Just find a feedyard that will sort them at least a little and get the cattle sold on time.” But feeding or partnering with a feedyard represents the unknown as much as shopping for a bull supplier who includes marbling. Many have taken steps in the right direction, but many have not.Grimes says it’s a matter of producers at every level taking responsibility, starting with Angus seedstock producers making sure to advance marbling beyond average.“With the great and growing demand for high-quality beef,” he says, “it’s just our job to raise the bulls for our commercial customers so they can supply the feedyards with the cattle they need for the market.” 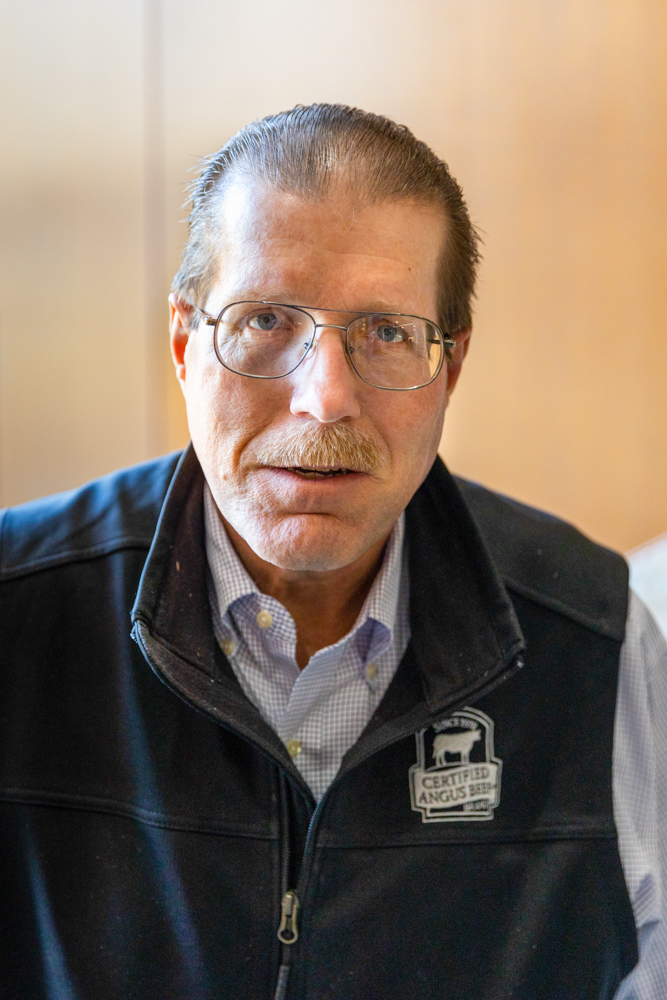 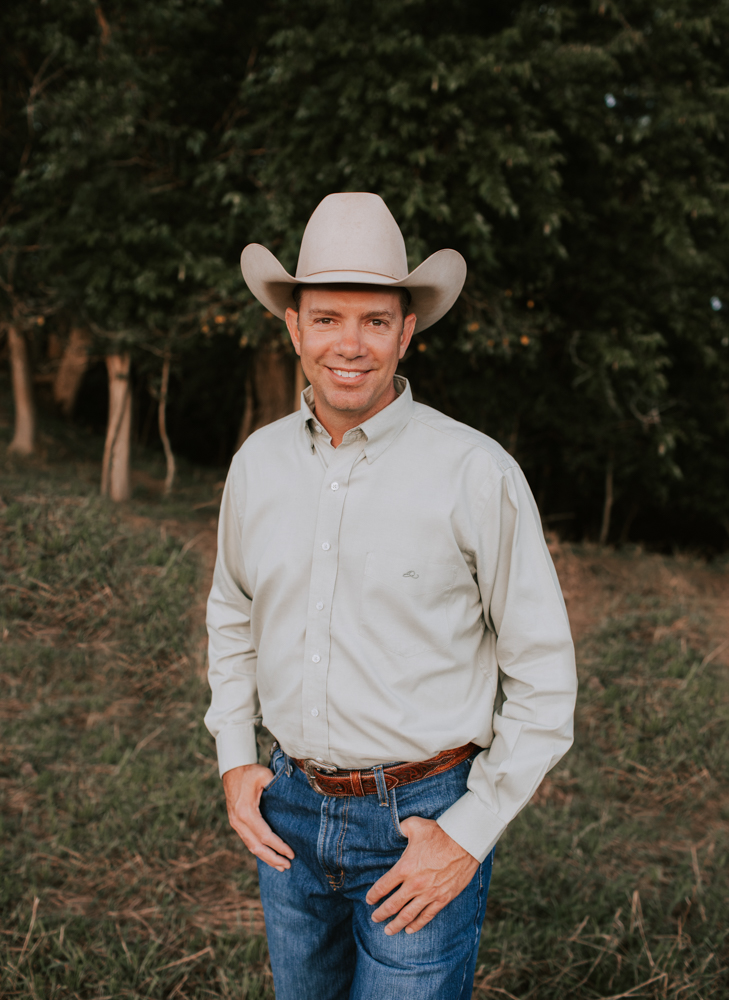 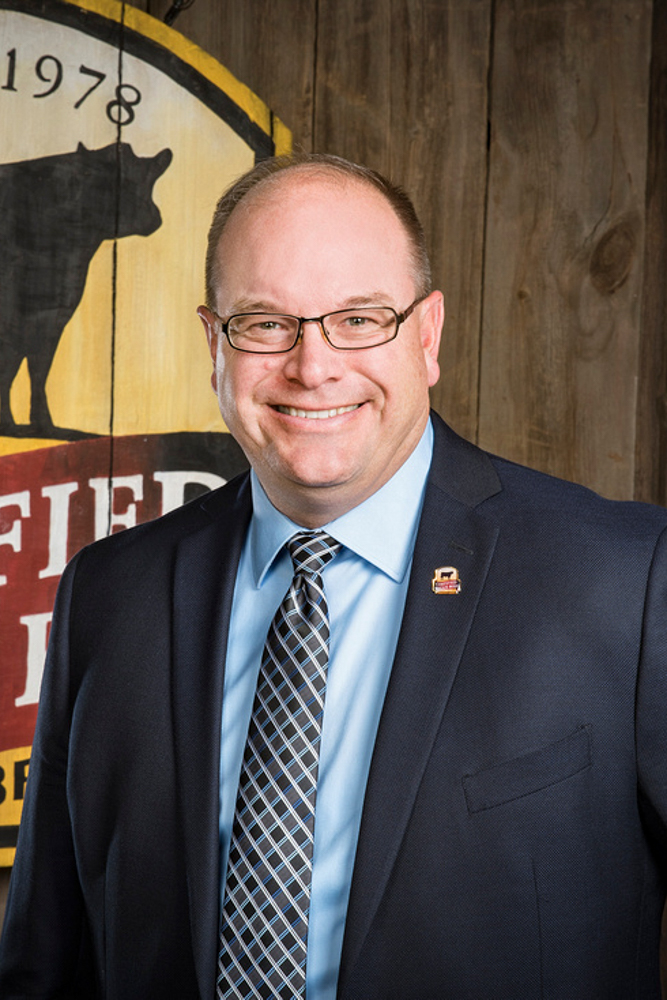 The impact of CAB grid premiums at historic levels more than doubles moving through the supply chain, Stika says.“These rewards flow from the vision the brand was founded on 41 years ago: the consumer holds the only sustainable source of revenue all cattlemen depend on,” he says. That’s a great opportunity and no less a responsibility for every producer.“To access consumer dollars, we must provide the quality they value as much or more than the price—beef that tastes great aligned with what consumers want. And we have to do that consistently to keep earning their trust,” Stika says. The decades of growing demand for the brand say a growing number of Angus producers are living up to the terms of that proposition.“We’re winning with consumers more than ever, and last year’s $92 million in premiums paid is one tangible reward,” he says. “As a brand and as an industry, I don’t see any reason we should expect those rewards to diminish, as long as we continue to meet the expanding demands of consumers.” 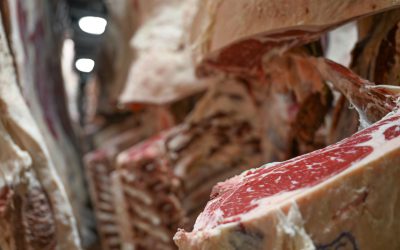 You get paid by the pound for your cattle, but the total figures in much more than weight. Join the Certified Angus Beef ® (CAB®) brand on March 11 to find out why a premium carcass is worth more, and how those signals get back to you. 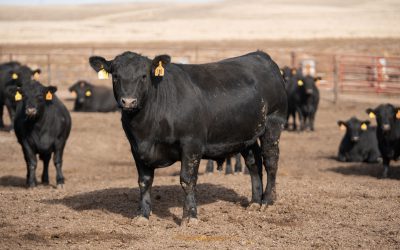 Producers can target cow herd genetics toward the factors driving value in the supply chain. Backfat and marbling have differing value implications at the packing plant and can be selected in different directions in the herd. Understanding grid marketing opens more opportunity for big wins. 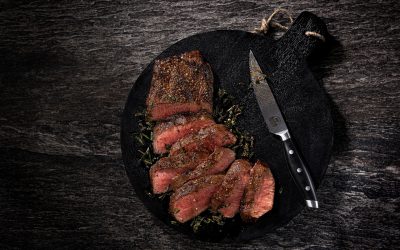 As the heavyweight champ in brand volume, retail accounts for 55% of total pounds sold, especially in fiscal 2020. But how is it done and how does it create more demand? CAB Director of Retail answers these questions and more.